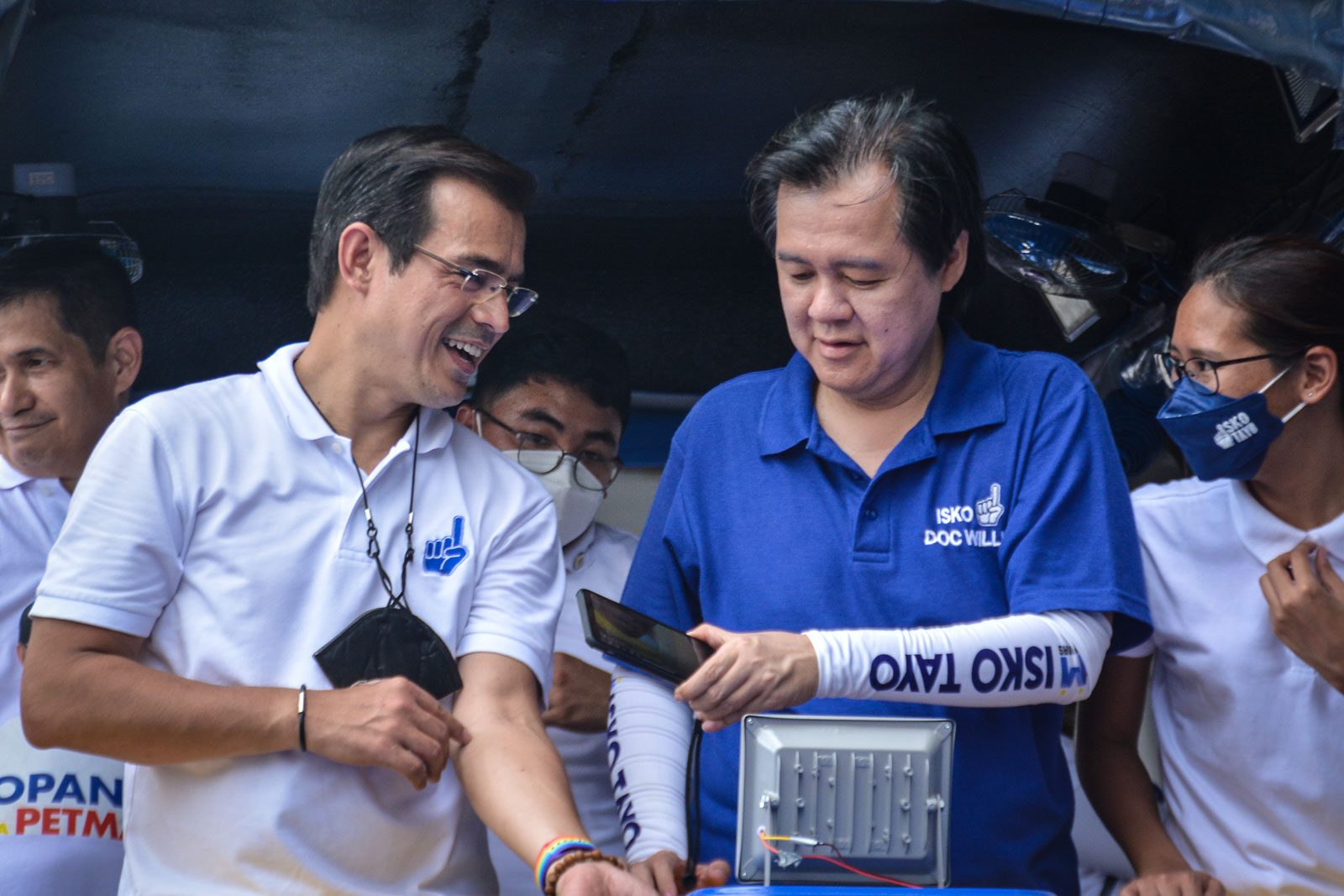 MANILA, Philippines – Manila Mayor Isko Moreno’s running mate Willie Ong is tapping into his expertise as a doctor to weigh in on how the country should respond to illegal drugs.

(The criminal justice approach is not always the best way to solve the war on drugs. We need a public health approach.)

An internist and cardiologist with a sizable online following due to his health advice vlogs, Ong said drug addiction is primarily a sickness that can be treated with medical care.

“Our focus should be science-based. We need to lessen the stigma on users, increase the free medicines because there are medicines to cure or solve addiction,” he said in Filipino.

Without directly mentioning President Rodrigo Duterte and the alleged abuses of law enforcers during drug raids, Ong nevertheless criticized any drug policy that is purely punitive.

(We can’t just jail addicts then when they get out, they become addicts again. We will increase the number of psychologists, psychiatrists, and make medicines for addiction free.)

Ong, like in his other debate answers, touted Mayor Moreno’s policies in Manila, claiming that “97%” of drug suspects arrested in his standard-bearer’s city are captured alive.

Like Moreno, Ong said he thinks the Philippines should rejoin the International Criminal Court (ICC) which has a paused investigation into Duterte’s drug war.

Moreno has said he would continue Duterte’s drug war but only in the sense that the crackdown on the supply side would be unrelenting. The Mayor has said his version of the drug war would shun extrajudicial killings.

The Manila chief, however, has said he would not hand Duterte over to the ICC should they convict him of crimes against humanity during his administration.

Moreno said he would rather Duterte is arrested by local authorities after a verdict by Philippine courts. – Rappler.com