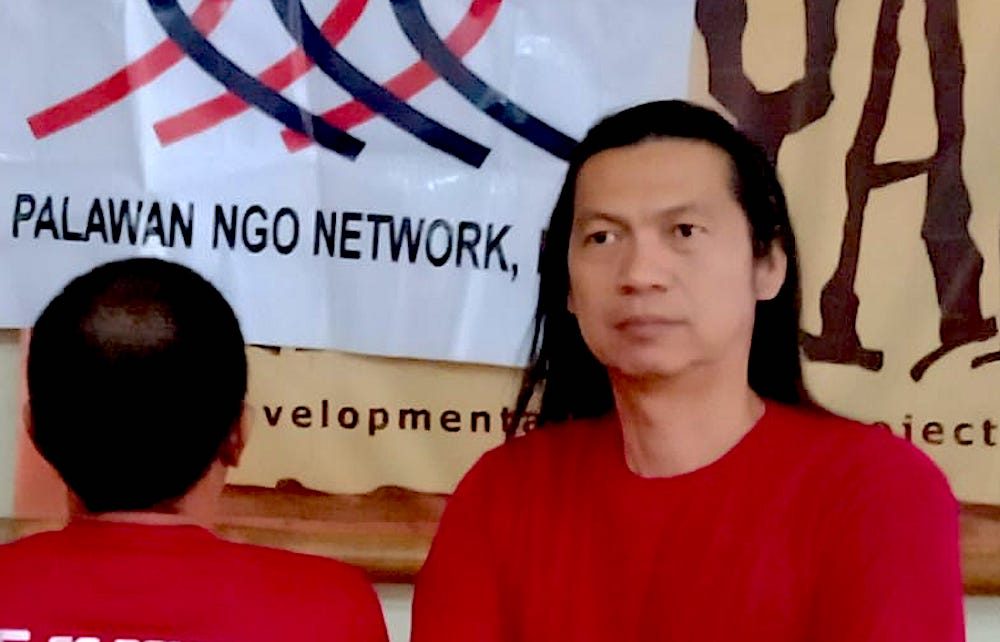 Facebook Twitter Copy URL
Copied
'Maybe we are gaining ground in our campaign for a 'no' vote to the upcoming [Palawan split] plebiscite...and this move is to prevent us from speaking freely,' says Palawan NGO Network Incorporated chief Robert Chan

Environmental lawyer and Palawan NGO Network Inc (PNNI) chief Robert Chan decried the persona non grata declaration against him by the Palawan provincial government, saying it was a deliberate attempt to stymie the group’s campaign against the law splitting Palawan into 3 provinces.

“The video is two years old, so I can’t imagine why it is being sensationalized now. Maybe we are gaining ground in our campaign for a ‘no’ vote to the upcoming plebiscite on the division of Palawan, and this move is to prevent us from speaking freely or me to fly back to campaign against the division,” PNNI executive director Robert Chan, who is currently in Manila, told Rappler on Friday, January 22.

Palawan’s plebiscite to ratify Republic Act No. 11259 or the law dividing the province into 3 smaller provinces will be held on March 13.

In the video, Chan said Palawan is “terribly mismanaged and neglected,” with illegal logging, illegal fishing, and mining “seemingly promoted to give in to big business.”

Rama accused Chan of making “baseless and malicious” claims against the provincial government and discrediting the efforts of various agencies “just to raise funds and donation[s].”

“We are experiencing a breakdown of civil liberties such as due process and free speech. I was never given a chance to explain my side, much less submit any position paper on the matter,” Chan told Rappler.

“If you look at the video they claim to be maligning, I never mentioned any agency nor local government unit being in neglect of the environment. The BFAR (Bureau of Fisheries and Aquatic Resources) and DENR (Department of Environment and Natural Resources) did not complain about the video. There must be some truth to our work that makes the guilty react.”

Chan said the provincial legislators, as “public figures” and “champions and embodiment of free speech” should not be “so sensitive as to suppress criticism.”

“The declaration as persona non grata is a message to all who dare criticize the provincial government, that you may suffer the same fate. It effectively shut down any and all future dissent because if they can do it to me, a lawyer and the head of the NGO network, then imagine what they can do to farmers, fishermen, and tribal people,” Chan said.

Chan has been serving as PNNI executive director since 2010. His team of para-enforcers that operate on a shoestring budget has used citizen’s arrest to confiscate over 700 chainsaws from timber poachers in the province.

Advocacy group Kalikasan People’s Network for the Environment had urged the Commission on Human Rights, Congress, and other investigative bodies “to probe this clear harassment of Atty Chan.” – Rappler.com