COVID FIGHT. Secretaries Roy Cimatu and Michael Dino meet with the officials of Bacolod City to help them in the coronavirus battle. Bacolod City PIO photo

Researchers studying the coronavirus pandemic in the Philippines recommended that the government place Bacolod City under a modified enhanced community quarantine (MECQ) as the rising number of cases in the area could cripple health centers in the coming weeks.

In a report dated Monday, August 31, the Octa research group of experts also urged government officials to take a second look at the possibility of imposing stricter quarantine classifications in Iloilo City and Iligan City.

The cities were among 6 locations classified as “areas of urgent concern” as data showed health services were either overwhelmed with patients or risked being overburdened from growing infections and a limited number of hospitals that can cater to the sick.

Other areas of “urgent concern” were Davao del Sur, Leyte province, and Zamboanga City. While critical care facilities were still able to cope with the number of sick people needing care in these areas, researchers observed a rising number of cases that could threaten their health systems.

Both Bacolod City and Iligan City are currently under a modified general community quarantine (MGCQ), which is the lowest quarantine level. Meanwhile, Iloilo City is among the 15 areas in the country still under GCQ.

Prevailing quarantine restrictions are set to expire at 11:59 pm on Monday. 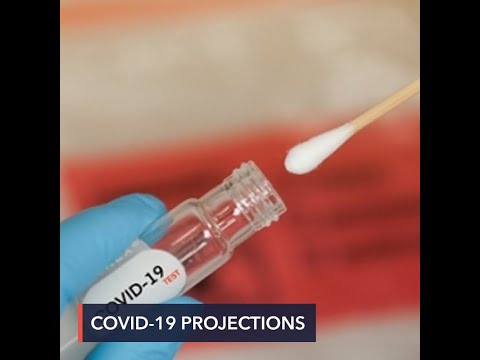 Researchers emphasized their strong recommendation for Bacolod City to be placed under MECQ for the next 15 days as health data showed a growing number of critical care facilities in the city being filled.

Researchers said placing Bacolod City under MECQ should be reviewed “to buy time for the hospitals and the health workers to deal with current challenges and to ensure that the health system in the health services will not be overwhelmed by the surge in COVID-19 cases.”

Meanwhile, the group listed Iloilo City and Iligan City as areas where tighter restrictions should be considered as these localities had health systems that were either already overwhelmed with cases or in danger of filling up quickly.

Data as of August 28 showed that 83% of COVID-19 beds in Iloilo City were currently filled.

In Iligan City, bed occupancy rose from 33% on August 14 to 49% on August 28. Regional task force officials had earlier appealed to the national government for a return to an enhanced community quarantine, describing the situation in the city as “dire,” what with 21 of their 44 barangays having third-degree local transmissions, according to Mindanews.

What else should be done?

While adjusting quarantine restrictions is one option that should be considered in areas of urgent concern, the group also recommended that the national government deploy additional manpower and resources to these areas to aid local governments in their response.

The group said testing, tracing, and isolation should be scaled up in Bacolod City, while hospital capacity and personnel should be augmented in other areas.

How the Philippines can recover from the coronavirus pandemic The Octa group earlier said the country may see a flattening of the curve by September as Metro Manila and Calabarzon saw a gradual decrease in their reproductive numbers or the number of people one confirmed case can infect.

In an interview with Rappler, Octa research fellow and University of the Philippines Mathematics professor Guido David said the two areas were crucial for getting the pandemic in the Philippines under control, with Metro Manila contributing about 55% of the total cases to date.

“If the curve flattens in NCR and Calabarzon, it will affect the country as a whole,” David said.

While the two regions account for most of the cases in the country,  David said there are still other hotspots where the pandemic is spreading.

David said this means there should be increased vigilance in these areas coupled with close monitoring of cases and ramping up of testing, tracing and isolation efforts.

On Monday, the number of confirmed coronavirus cases in the Philippines grew to over 220,000, while the death toll stands at 3,558. – Rappler.com