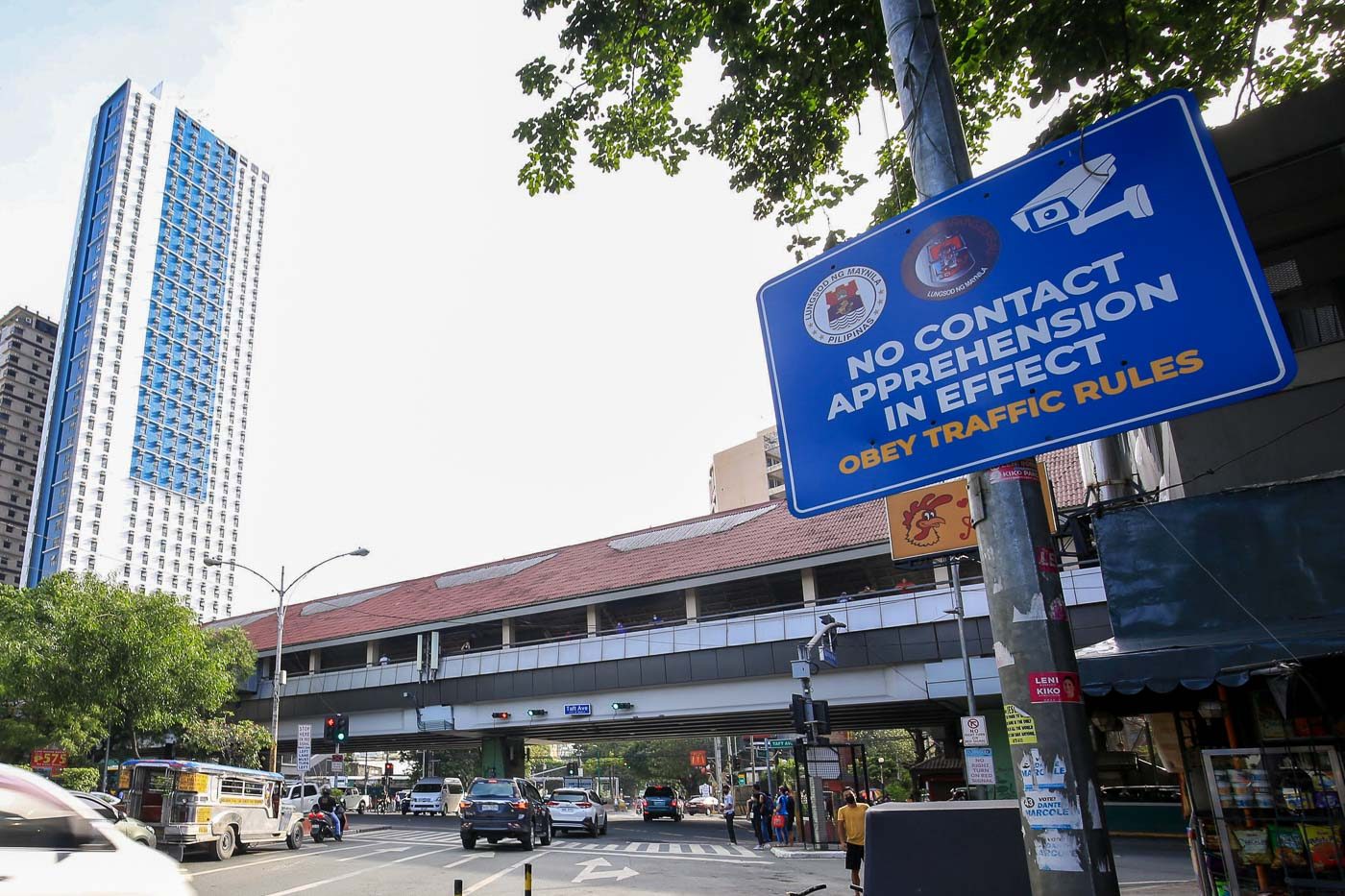 WARNING. A sign warning motorists that No Contact Apprehension Program (NCAP) is in effect along Quirino corner Taft Avenue in Manila on August 17, 2022.

MANILA, Philippines – The Supreme Court has issued a temporary restraining order (TRO) barring the implementation of the No Contact Apprehension Policy (NCAP) in some cities in Metro Manila.

The issuance of a TRO was in response to the two pending petitions filed before the SC, challenging the NCAP.

But why are the petitioners trying to stop the implementation of the policy?

On the aspect of advanced camera systems, LGUs and MMDA use closed circuit televisions, digital cameras, and other gadgets that capture videos and images to spot traffic violators. For the part of the Land Transportation Office, the office assists in implementing the program through sending information about the errant vehicle.

MMDA spokesperson Cris Saruca Jr. said the MMDA’s NCAP started around 1995, but was only reimplemented under the administration of former president Rodrigo Duterte in 2016. A report by the Philippine News Agency said that the Manila city government started implementing the policy in December 2020, while Quezon City in July 2022.

To date, the NCAP is enforced in at five cities: Manila, Quezon City, Valenzuela, Parañaque, and Muntinlupa.

Some Metro Manila mayors said the NCAP helped in the “minimization of human intervention in traffic enforcement.” They also claimed that the policy eradicated corruption, and instilled a culture of discipline among motorists, according to a Philstar report. 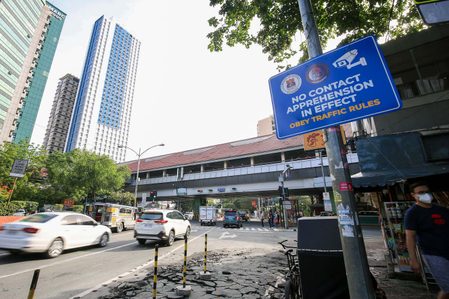 Before the issuance of TRO, MMDA acting chairperson Carlo Dimayuga said that the policy was an “an effective force multiplier” of traffic enforcers. The MMDA chairperson added that “there is no doubt that the same experience” extends to other Metro Manila LGUs.

As their response to the SC ruling, Quezon City and Manila LGUs said they would abide by the order. However, both the LGUs insisted that NCAP was “beneficial.”

In a statement, Quezon City Mayor Joy Belmonte said the traffic violations in their city have significantly dropped: “The Quezon City NCAP program has significantly reduced the traffic violations in the affected areas by 93 percent. It has shown that it instills a culture of traffic discipline among motorists and we believe that its implementation is legal and proper.”

Princess Abante, communications head of Manila LGU, said traffic had improved in their city after the NCAP was implemented.

Earlier, LTO chief and Transportation Assistant Secretary Teofilo Guadiz III said some operators of public utility vehicles (PUV) have been complaining about the fines they pay for alleged traffic violations. Aside from this, PUV operators and drivers are also concerned about the registration of their vehicles.

The Federation of Jeepney Operators and Drivers Association of the Philippines recently appealed to the transportation department to allow them to transfer the ownership of vehicles they no longer own. This is because old operators can still be held liable for violations even they no longer operate their previous units.

Even the LTO itself appealed to the concerned LGUs to temporarily suspend the policy to conduct a review of it. 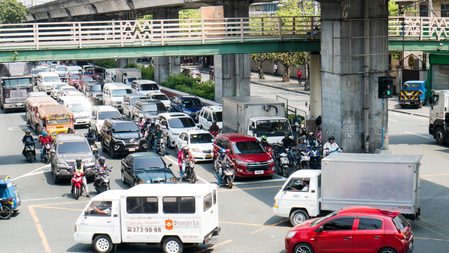 Aside from the interventions from lawmakers and government officials, at least two petitions were filed before the SC to challenge the policy. They are: G.R. No. 261892 (Kilusan sa Pagbabago ng Industriya ng Transportasyon, Inc. [KAPIT], et al. v. City of Manila, et al.) and G.R. No. 262192 (Atty. Paa v. Sangguniang Panglungsod ng Manila and Mayor Lacuna- Pangan).

On August 3, the respondents from KAPIT filed the petition for certiorari with an application for a TRO before the SC because it believed the NCAP implementation of LGUs, through their ordinances, violate existing laws. They also believed that the NCAP has no basis explicitly defined in the Republic Act No. 7924 or the MMDA law and Republic Act No. 4136 or the Land Transportation and Traffic Code.

In challenging the policy, the petitioners from KAPIT said there is no law creating the NCAP and that it violates due process, among others.

After he was fined P20,000 for alleged traffic violations under the NCAP, lawyer Juman Paa brought his complain all the way up to the SC and asked the High Court to declare the NCAP unconstitutional and stop its enforcement. The second petitioner argued that the policy was unconstitutional because it violated the right to privacy of motorists.

Paa said anyone can access the traffic violation records in the websites by just typing a plate number.

Acting on the petitions against the NCAP, the High Court issued the TRO and ordered the LGUs, LTO, and the MMDA to stop the NCAP’s implementation. In its decision, the SC said any apprehensions related to the NCAP are prohibited until further orders from the court.

In the decision, the SC also required the respondents to comment on the petitions. The High Court scheduled the oral arguments for the case on January 24, 2023 at 2 pm.

Solicitor General Menardo Guevarra told reporters on Wednesday, August 31, that the Office of the Solicitor General (OSG) has filed its comment before the SC on behalf of the LTO. Guevarra added that the LGUs would be represented by their legal officers.

“The respondent LGUs are supposed to be represented by their respective legal officers in this case, as it is their NCAP ordinances that are in question,” the solicitor general said.

In a separate statement, Saruca said they would consult their next action on the case with the OSG.

“The MMDA will consult the Office of the Solicitor General to seek advice on its next action and whether it will have to intervene on the pending petition as it is not a respondent to the case,” the MMDA spokesperson said. – Rappler.com