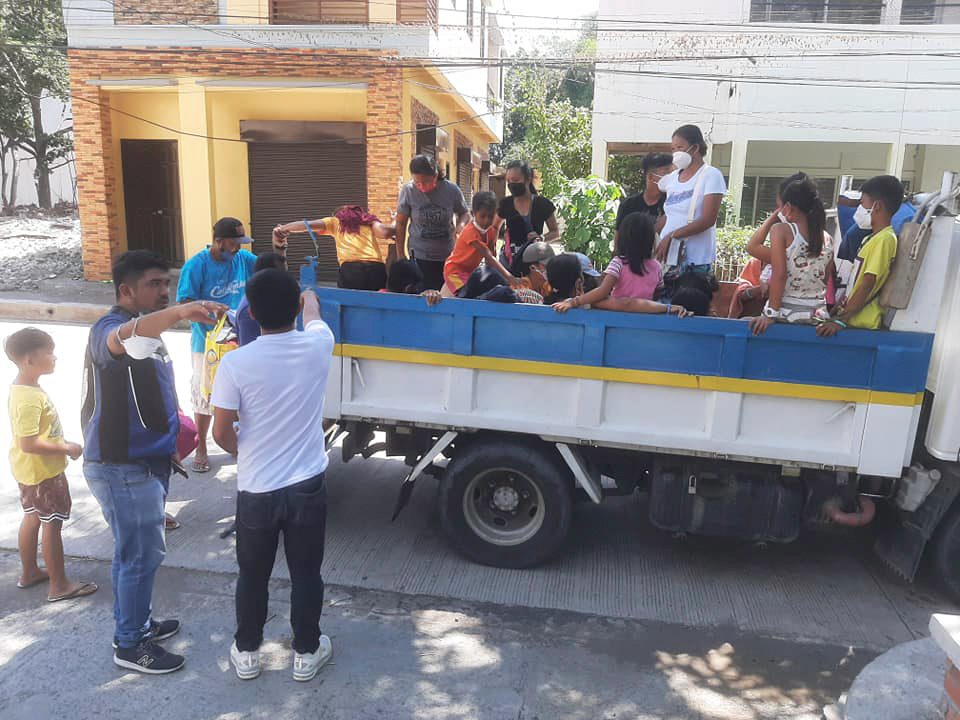 EVACUATION. The local government in Agoncillo, Batangas, evacuates families after the Taal Volcano was raised to Alert Level 3 on March 26, 2022.

BATANGAS, Philippines – Around 600 families or 2,000 individuals have been evacuated from at least six barangays in Agoncillo and Laurel towns in Batangas when the Taal Volcano showed signs of unrest Saturday morning, March 26.

On Saturday, the Philippine Institute of Volcanology and Seismology raised Taal Volcano to Alert Level 3 after a phreatomagmatic eruption that lasted from 7:22 am to 8:59 am.

(I am appealing to the provincial and national governments, even to candidates, to send food and water to our evacuation areas.)

Other residents from neighboring barangays of Subic Ilaya and Subic Ibaba in Agoncillo also prepared for evacuation.

Nearby towns of Balayan, San Luis, Lemery, Padre Garcia, and Batangas City responded to help the evacuees from Agoncillo.

Agoncillo is located in the southwest side of the Taal Volcano Island and is the nearest town to the main crater of Taal.

Laurel Mayor Joan Amo also ordered the evacuation of 3,000 individuals from barangays Buso-Buso and Gulod to bring them to their respective evacuation areas.

(I gave them an ultimatum of until 3 pm to evacuate from their respective barangays to avoid the disaster, especially if the volcano erupts.)

Amo likewise asked the provincial government for rescue vehicles in ferrying out their evacuees from the permanent danger zones.

Authorities are reminding the public that the entire Taal Volcano Island is a permanent danger zone, and entry into the island as well as high-risk barangays of Agoncillo and Laurel must be prohibited.

All activities on Taal Lake are not allowed at this time. Communities around the Taal Lakeshores are advised to remain vigilant and take precautionary measures against possible airborne ash.

Taal Volcano had been under Alert Level 2 since July 23, 2021. The volcano’s last major eruption was in January 2020, when it reached Alert Level 4. – Rappler.com