CRISIS. A sugar farm workers in Negros Occidental, where hundreds of thousands of sugar workers face possible displacement if sugar producers fold due to sugar imports.

BACOLOD CITY – Sugar producers on Monday, February 14, demanded a recall of Sugar Regulatory Administration’s (SRA) Sugar Order No. 3 due to its effect: the sudden 10% drop in sugar mill prices.

The SRA released SO3 on February 4, allowing the importation of 200,000 metric tons of standard and bottler’s grade refined sugar. SRA Administrator Hermenigildo Serafica cited “the shortfall on the ending balance of refined sugar and the need to stabilize prices.”

Two days later, week-end sugar bidding closed with all mills and sugar groups losing a minimum of P99.12 in the price of a 50-kilo bag.

At the Victorias Milling Company, the country’s largest sugar mill and refinery, the price of sugar dropped by as much as P230/LKG, according to a matrix by the Associacion de Agricultores de la Carlota y Pontevedra Inc. (AALCPI), the biggest independent sugar group in the country.

“SRA released SO3 knowing that we are in the peak of the milling season and this led to the drop of prices,” said Roberto Cuenca, head of the AALCPI, the country’s largest sugar federation with over 10,000 mostly small planter-members.

Sugar prices were “artificially driven down by the announcement of SO3,” Cuenca stressed.

These were the prices of raw sugar in different mills and associations in Negros Occidental, the country’s sugar bowl, at end of January: P2,110/Lkg in VMC; P1,981 for APSSI Hawaian and AHSSI Hawaian; P1,973 for First Farmers; P1,920 at Lopez Sugar Central; P1,898 for AALCPI-URC La Carlota; P1,885 for BIPA-Biscom and P1,865 for SONEDCO (Kabilog).

The province’s sugarcane farms represent 53% of the 423,333 hectares utilized by the industry nationwide.

Negros Occidental accounts for more than half of the P90 billion the sugar industry contributes annually to the national economy.

Senate Majority Leader Juan Miguel “Migz” Zubiri in a press statement said that in the neighboring island of Iloilo, URC Passi’s sugar price dropped by P223 while millers in Bukidnon lost about P100/LKG.

Yulo warned that a price drop of 10% has a huge impact on the livelihood of small sugar farmers that comprise more than 80% of sugar producers.

“These small farmers are barely surviving due to the high cost of farm inputs, particularly fertilizers and fuel that has been increasing steadily each week and will now suffer more because of this drop in sugar prices,” he said.

The militant National Federation of Sugar Workers (NFSW) agreed with sugar planters that unrest could spike because of the Duterte government’s decision to import sugar instead of reducing the costs of rising farm inputs.

This  would result in the displacement of 700,000 sugar workers and the bankruptcy of small planters, many of whom are beneficiaries of agrarian reform and also continue to work as laborers.

The NFSW reminded sugar planters not to reduce the already low wages of sugar workers to cut costs.  The group said that In Negros Occidental where half of sugar workers can be found, the average wage of sugar workers is only from P80 – P130 a day, especially for the 95% of those paid via pakyaw or piece rate system.

Cuenca said they are hard-pressed to explain to their members the results of the sugar bidding last week, as the SRA has yet to respond to their members’ request for a price freeze on farm inputs.

“This made the situation worse because since last year, we have appealed to the SRA, the Department of Agriculture (DA) and the Department of Trade and Industry (DTI) yet there has been no action. Instead, we have this (import order),” Cuenca added.

“The volume of importation is too big and comes at the wrong time,” Cuenca said, noting that most producers had asked for only small import tranches after the close of milling season.

Serafica in a statement on February 8 defended his agency’s move, saying that aside from stabilizing consumer prices by covering supply shortfall, it would also “leave the country with enough buffer stock to tide over until the start of the next milling season.” – Rappler.com 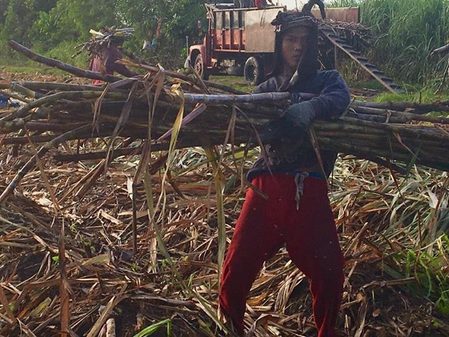