The Food and Drug Administration (FDA) has launched an investigation into the use of an unregistered COVID-19 vaccine on top officials of the Duterte government and members of President Rodrigo Duterte’s close-in security.

In a press briefing on Tuesday, December 28, FDA Director General Enrique Domingo said he ordered the agency’s regulatory enforcement unit to probe the issue after officials from the Armed Forces of the Philippines (AFP), along with Interior Secretary Eduardo Año, confirmed the early vaccination activities.

(Yesterday I gave an order to our regulatory enforcement to start an investigation into the status and nature of the vaccination that took place, and what vaccine was used.)

The FDA chief said the probe may take “a few days” and that he is awaiting a formal report on the matter. 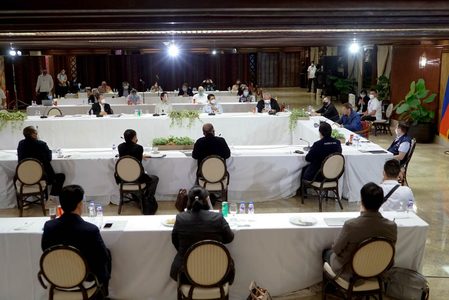 The early vaccination activities which utilized an unregistered COVID-19 vaccine has put the FDA in a tight spot, considering it involved top officials of the Duterte government.

News that some soldiers had already been vaccinated likewise came from President Rodrigo Duterte himself during a recent late night speech.

Domingo earlier admitted he was “surprised” by the news. The FDA had been conducting raids in clinics in Makati City and Binondo suspected of administering a COVID-19 vaccine.

Officials have not named who sanctioned the vaccination activities and have so far refused to give details on how the doses were brought into the country.

On Tuesday, Domingo declined to delve into sanctions and parties that could be held liable for the vaccination activities, saying, “I cannot speculate on details I have absolutely no information on.”

He also cast doubt on claims that the President ordered the inoculation activities, saying “Hindi naman po siguro galing sa pangulo iyon.” (I doubt that the order came from the President.)

Still, the FDA chief pointed out: “The fact is, there is no registered COVID-19 vaccine in the Philippines at this time.” 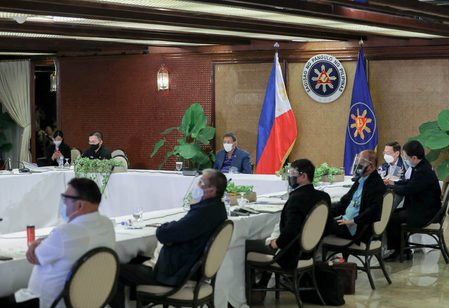 The FDA’s probe takes place after Año, the AFP, and Presidential Security Group (PSG) Commander Jesus Durante confirmed that members of the PSG were given a COVID-19 vaccine despite the absence of an approved vaccine for the disease in the country.

Año had also said a Cabinet official was vaccinated, but declined to name the person out of privacy.

The early vaccination violated the FDA Law, which prohibits the “manufacture, importation, exportation, sale, offering for sale, distribution, transfer, non-consumer use, promotion, advertising, or sponsorship of any health product” that is not registered with the FDA.

Presidential Spokesperson Harry Roque and allies of the President have sought to defend the vaccination activities as above-board after prompt backlash; the vaccination appeared to prioritize select individuals outside of the government’s own list of target priority groups – first of whom are frontline health workers treating COVID-19 patients.

Roque had also glossed over the use of an unregulated vaccine, saying it was not illegal for people to receive them. While this is correct, Roque’s defense leaves out the fact that unregistered vaccines were brought into the country and administered to people – acts prohibited by law.

Roque’s defense also neglected the consequences of using a vaccine that has yet to be approved by the FDA – a necessary step required by law to ensure the safety and efficacy of medicines to be used by the public. The manufacturer, importer, or distributor of the product may also face stiffer penalties of 5 to 10 years’ imprisonment and a fine of P500,000 to P5 million. – Rappler.com