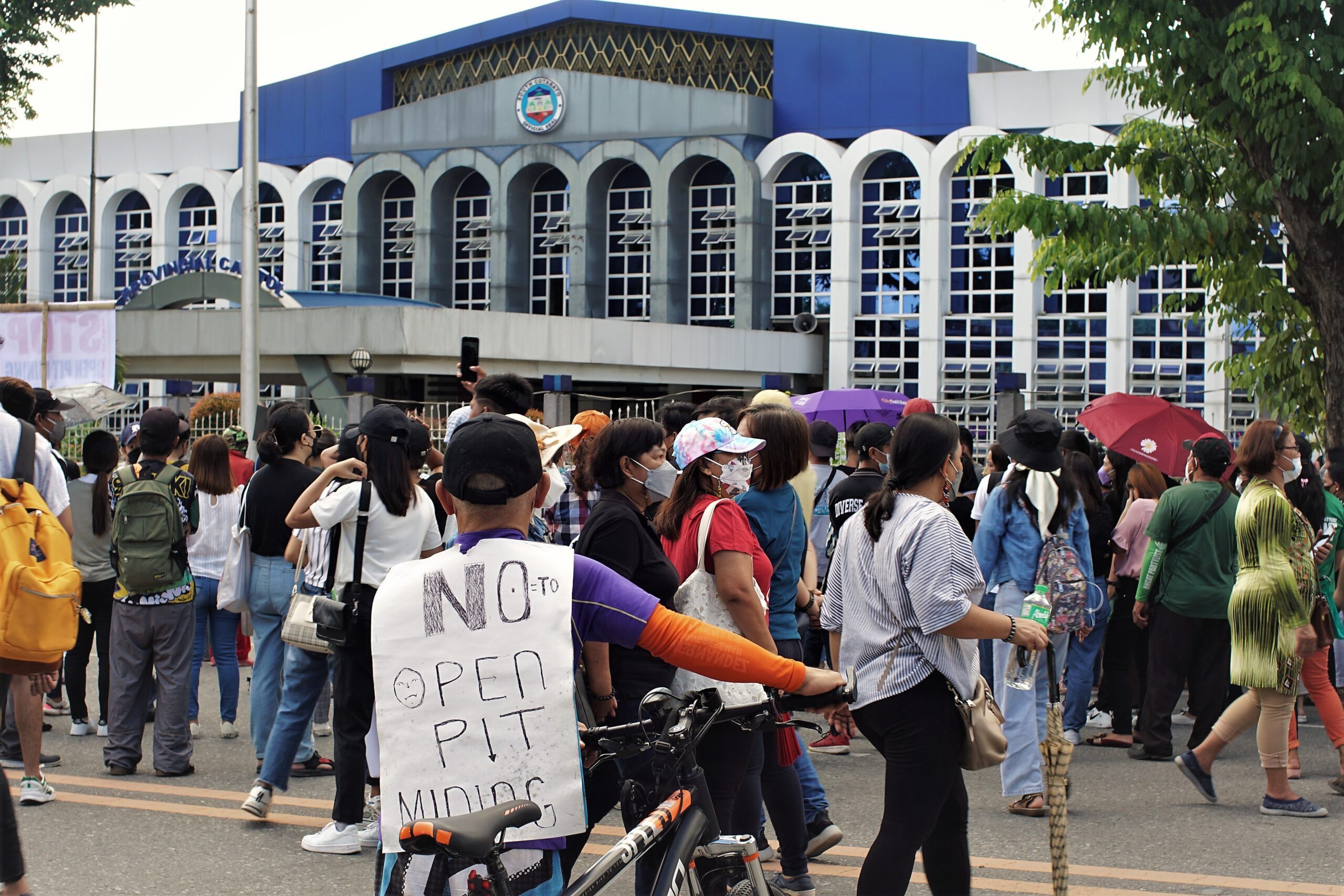 DEMONSTRATION. Groups opposed to open-pit mining rally in front of the South Cotabato provincial capitol in May 2022.

GENERAL SANTOS CITY, Philippines – Catholic Bishop Cerilo Casicas of the Marbel diocese and environmental groups called for public vigilance, saying the fight to keep South Cotabato province free from open-pit mining is not yet over.

The amendment, in effect, lifted the ban on open-pit mining which is seen to allow the multinational Sagittarius Mines Inc. (SMI) to pursue the controversial Tampakan copper-gold project using the open-pit mining method.

Tampakan has one of the largest copper and gold deposits in the world.

Bishop Casicas said he was glad that Tamayo vetoed the amended code, but cautioned that the province’s legislature could override it.

“As we heave a sigh of relief, we are fully aware that the battle for environmental protection, and against open-pit mining methods in South Cotabato is not over,” he said.

While the 14-member South Cotabato provincial board is already in recess, it could hold a special session and override Tamayo’s veto with just 10 votes, warned environment and human rights activist Rene Pamplona.

Pamplona, chairman of Alyansa Tigil Mina (ATM), said his group counted five provincial board members opposed to the move to lift the open-pit mining ban – including Alyssa Marie Fale and Rose Grace Achurra, who subsequently withdrew their vote – “leaving only nine” in favor of the amendment.

Bishop Casicas appealed to the legislators “not to override the veto,” and urged residents “to remain vigilant until the present threat to amend the lifting of the open-pit mining ban is completely gone.”

Shortly before he rejected the amendment, Tamayo said “a veto is of no use” because the provincial board would override it, and it is the national government that issues large-scale mining permits.

On the day he vetoed the amended code, the governor said the next provincial board can review the 12-year-old environment code.

In a statement, the ATM said it was taking the matter seriously and would be among the groups that would be vigilant and monitoring the developments in South Cotabato pertaining to attempts to lift the ban on open-pit mining. – Rappler.com