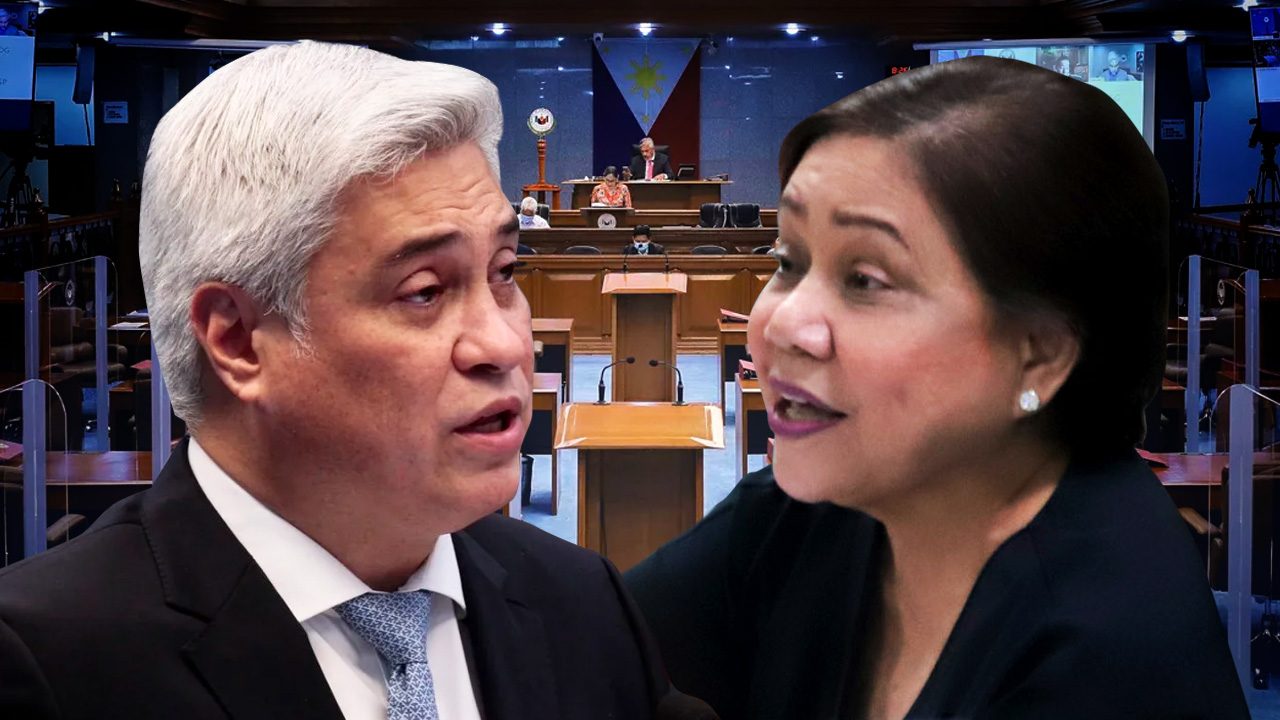 NEXT SENATE PRESIDENT? Pictured here are Senator Migz Zubiri and Senator Cynthia Villar, who are both gunning for the Senate presidency in the next 19th Congress.

Facebook Twitter Copy URL
Copied
Regardless of who wins as Senate president between Cynthia Villar and Migz Zubiri, presumptive president Bongbong Marcos stands to benefit as both are his allies 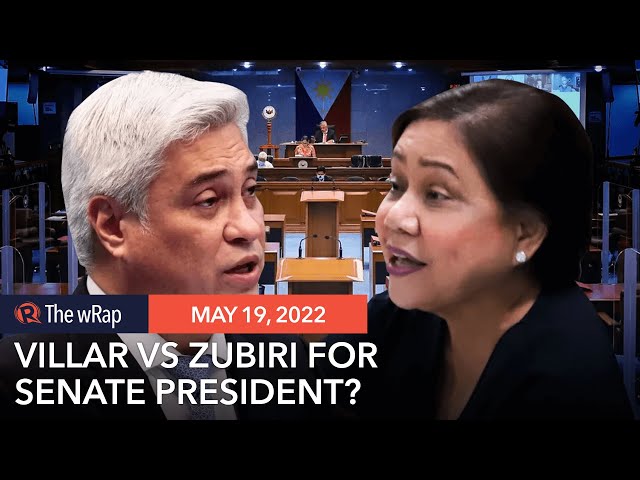 MANILA, Philippines – Days after the high-stakes 2022 elections, the fight for the next leader of the Philippine Senate is already heating up, with two popular lawmakers emerging as frontrunners: Cynthia Villar and Juan Miguel “Migz” Zubiri.

The 18th Congress won’t adjourn session sine die until June 3, but senators are already in talks regarding who among the top contenders for Senate president should lead the upper chamber in the 19th Congress.

Zubiri, currently serving as majority leader, said he and some of his colleagues have formed a “fairly large” bloc where he was among their choices for Senate president.

“Sa grupo na ‘yan, pipili kami ng lider. Isa po ako sa mga tinutulak sa grupo na ‘yan…. I’m honored to be chosen as one of the leaders of that group,” Zubiri told reporters on Wednesday, May 18, just before he was proclaimed among the 12 winning senators in the 2022 polls.

(We will be choosing our leader from that group. I am one of those being pushed by that group…. And I’m honored to be chosen as one of the leaders of that group.) 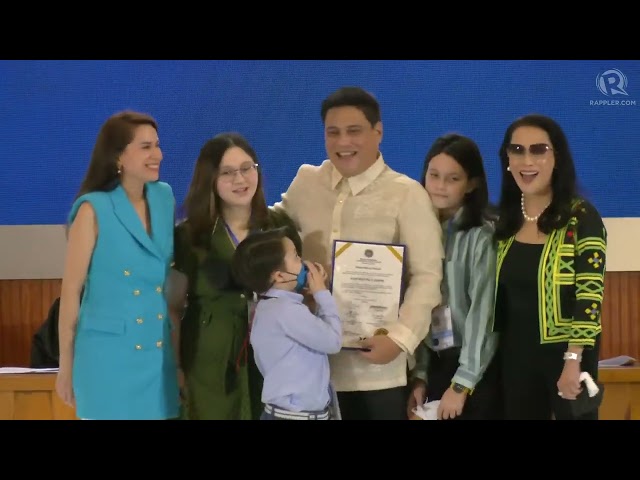 Zubiri refused to name his allies in this bloc but said they have a “substantial number” already.

An aspiring candidate for Senate president must secure at least 13 votes among the 24 members of the chamber to secure victory.

Zubiri is quite popular among his colleagues – his experience as majority leader requires him to build consensus in the Senate and whip votes in favor of priority bills when necessary.

He would also likely gain the support of his allies in the so-called “Seatmates bloc” in the Senate, which includes Senators Juan Edgardo “Sonny” Angara, reelectionist senator Sherwin Gatchalian, and returning senator JV Ejercito.

Angara said during the Kapihan sa Manila Bay forum on Wednesday that it was “only natural” for Zubiri to aspire to become the next Senate president. He said both Zubiri and Villar already told him about their intentions to gun for the Senate presideency.

(It’s like a natural progression, because he’s young, very popular with the colleagues, so it’s no surprise. He’s probably the first one, to my knowledge, to express interest to lead the chamber.)

Villar is another primary contender for the Senate presidency, a position she has reportedly long eyed since she topped the senatorial polls in 2019.

The odds will be better now for Villar, who chairs the Nacionalista Party (NP) that endorsed the tandem of Ferdinand “Bongbong” Marcos Jr. and Davao City Mayor Sara Duterte.

Villar also enjoys the support of Senator Imee Marcos herself, an NP member and sister of the presumptive president. Senator Pia Cayetano is also part of Nacionalista, but Senate insiders said Pia may instead choose to be part of the minority bloc along with her brother, returning senator and former House speaker Alan Peter Cayetano.

Villar, who remains to be the richest senator in the country, is the wife of business magnate and former Senate president Manny Villar. Their son Mark Villar is set to serve in the Senate alongside his mother in the 19th Congress. In explaining why Villar is a frontrunner in the Senate presidency race, Angara described Villar as a “strong figure” in national politics.

“I would put the other strong contender as Senator Cynthia Villar, who’s the president or high official of the Nacionalista Party, which accounts for a number of members in the chamber. She also chaired the agriculture chamber for many years, and of course, she is seen as a strong figure in national politics,” said Angara.

Angara himself expressed interest in vying to become Senate president pro-tempore, the second highest position in the chamber. But the same post is reportedly being eyed by Imee Marcos and returning senator Loren Legarda.

The year 2022 may finally be the year Villar gets to sit in the Senate president’s rostrum. In mid-2019, there were rumors that neophyte and reelected senators wanted Villar to replace Senate President Vicente Sotto III. Villar denied this.

The persistent ouster rumors prompted senators Koko Pimentel and Manny Pacquiao of the ruling PDP-Laban to draft a resolution expressing a “vote of confidence” for Sotto in June 2019. Villar refused to sign the resolution.

Sotto came out unscathed, however, as senators ultimately passed a resolution reelecting him as Senate President in July 2019.

Gatchalian also told CNN Philippines’ The Final Word on May 12 that he intends to run for Senate president, but he has so far not gained enough support from his colleagues unlike Villar and Zubiri.

“I do [signify] my intention to run for Senate Presidency, so I’m vying for that position and I’m courting our colleagues, and asking for their support,” said Gatchalian.

The many roles of the Senate president

Sotto, who will be “graduating” from the Senate by end of June, said his successor should have “mastery of parliamentary rules and procedures, a consensus builder, independent-minded, stern but compassionate.”

“Always present but never late. At the risk of sounding like describing myself, it is the technique I followed to the letter!” Sotto told reporters.

He gunned for the vice presidency in the May polls, but finished third after Duterte and Senator Kiko Pangilinan.

Regardless who wins the race for Senate president between Villar and Zubiri, presumptive president Marcos stands to benefit.

Both Villar and Zubiri staunchly supported Marcos’ presidential bid and they can thus be expected to shepherd the passage of his pet bills once he lays them down in his first State of the Nation Address in July. – Rappler.com