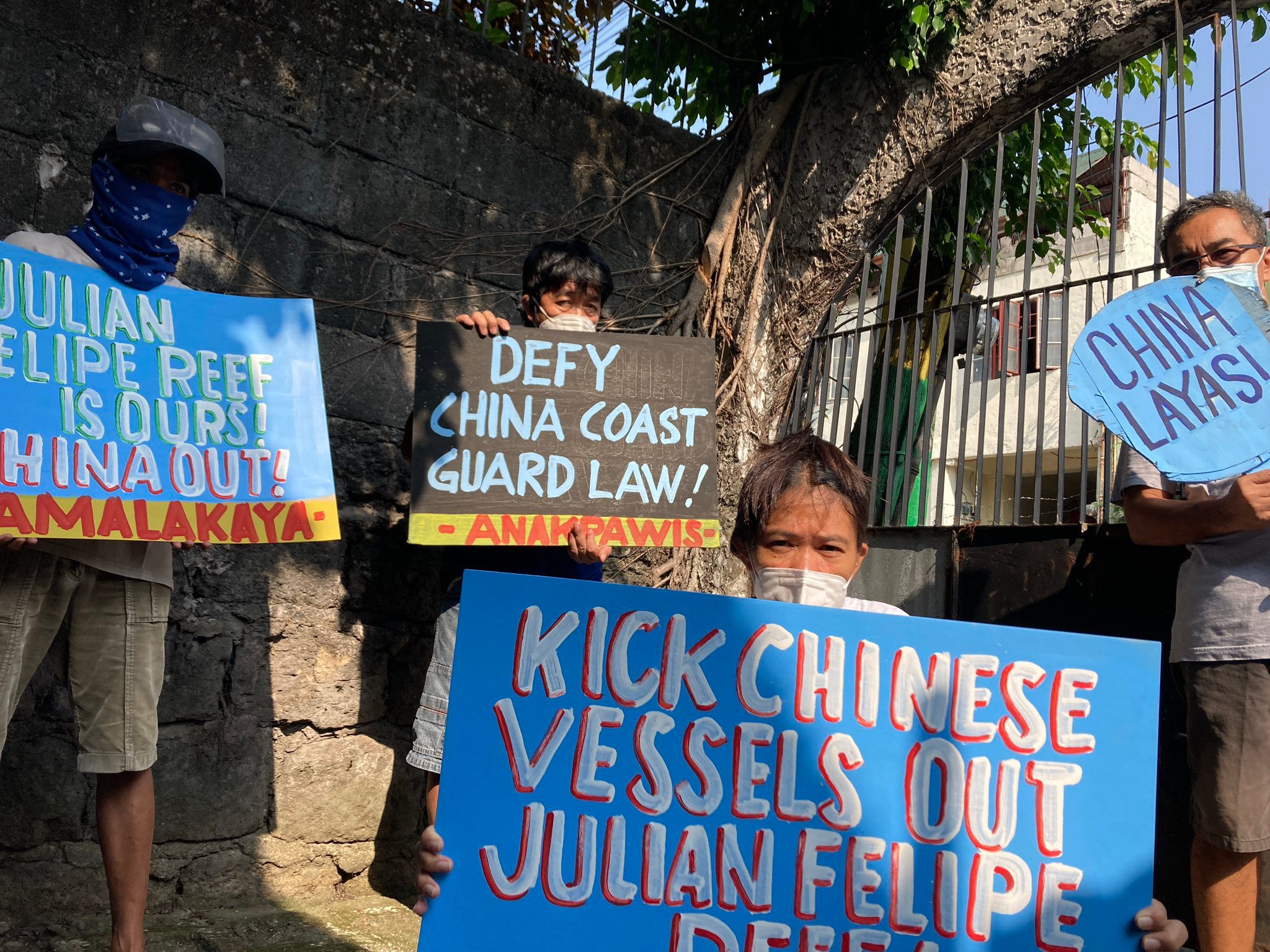 ATIN ANG 'PINAS. This photo shows fishermen during a protest organized by Pamalakaya against Chinese encroachment in the West Philippine Sea on April 7, 2021.

Pamalakaya said the petitions are calling on the UN to declare China’s Coast Guard Law null and void, pursue the demilitarization of the West Philippine Sea, and address the impact of the Chinese incursions on food security.

In February, China passed a naval law that authorized its coast guard to use “all necessary means” to stop or prevent threats from foreign vessels. The law also allowed boarding and inspection of foreign vessels in “waters claimed by China,” and to demolish other countries’ structures built on reefs along the disputed territory.

The international law was reaffirmed by the 2016 ruling of the Permanent Court of Arbitration in the Hague, Netherlands, which favored all the claims of the Philippines in the West Philippine Sea.

As of Wednesday, April 28, the National Task Force for the West Philippine Sea reported the presence of Chinese Coast Guard vessels in the following areas: three in Bajo de Masinloc off Zambales, one in the municipality of Kalayaan in Palawan, and one in Ayungin Shoal. The task force did not mention if Chinese ships were still in Julian Felipe Reef.

The task force reported earlier that a single Chinese ship can illegally fish 1,000 kilos a day. The vessels were also collecting giant clams in the vicinity of Pag-asa Islands. 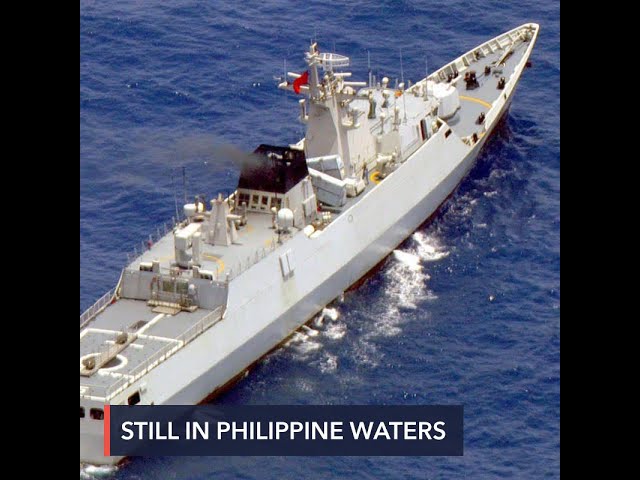 Scientists have warned that the fishing industry might collapse if China continues its aggressive illegal fishing in the South China Sea.

Aside from illegal fishing, Chinese presence in the Philippines’ maritime features resulted in at least 16,000 hectares of destroyed reefs as of 2017, according to AGHAM.

The group said the damage is estimated to reach up to P33.1 billion per year if the encroachment continues. – Rappler.com