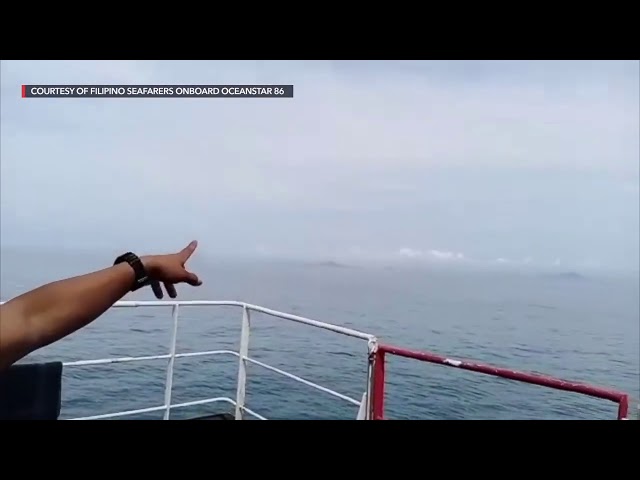 Eleven Filipino seafarers onboard the Ocean Star 86 are calling to be rescued, stranded for months on the ship anchored somewhere in China, amid border restrictions meant to contain the spread of COVID-19.

(We’ve been stuck here in China for 6 months. If you include the 2 months from the time we first transferred here, then we’ve been here for 8 months.)

The video shows 3 men in the ship’s laundry room, huddled on the floor next to washing machines. Other crew members are seen lying underneath tables, in what appears to be a dining area crowded with boxes and personal belongings.

“We’re not authorized to cook here. We cook whatever relief goods the embassy sends us here,” said the seafarer in Filipino, pointing to a water kettle.

“There is no more cargo on the ship, but we still cannot go home. We completed our contract. We’re 8 to 9 months over our contract…. We want to go home to our families. Our food is budgeted and our situation is very difficult,” he added.

The crew members have not been able to contact their manning agency and fear that they have been abandoned.

Stable Seas, an international think tank that focuses on maritime issues, says that shipping companies abandoning their ships and its seafarers on board, because of bankruptcy or the high cost of retrieving the ship, is a common but often overlooked problem. Stable Seas warns that the drastic economic downturn brought on by the global pandemic could further cause shipping companies to resort to abandonment.

“The Department of Foreign Affairs has to step in and exert pressure on other governments to repatriate our seafarers,” said Luis Manuel Corral, vice president of the Trade Union Congress of the Philippines (TUCP). 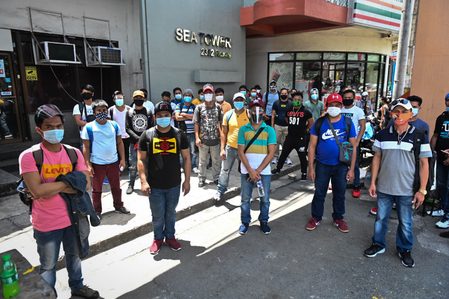 Lockdown measures to contain the spread of COVID-19 have left an estimated 300,000 seafarers around the world floating at sea, with no way to disembark and no way for fresh new members to relieve them. The TUCP estimates that there could be about 180,000 trapped Filipino seafarers across the globe.

The latest data from the Philippine Coast Guard shows that 18,495 seafarers have been repatriated as of August 12.  – Rappler.com