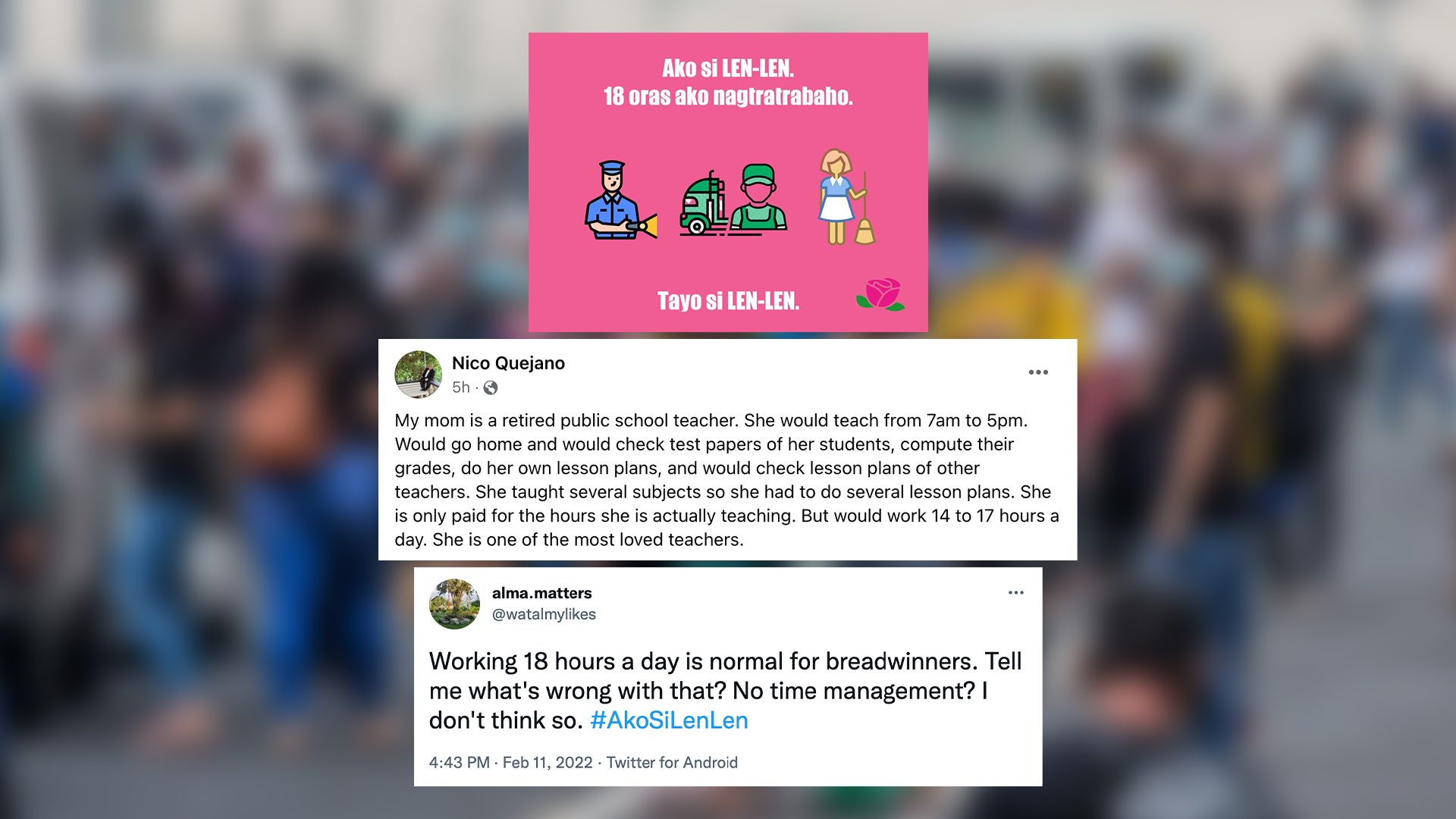 Facebook Twitter Copy URL
Copied
While overworking is far from ideal, for many workers, it is necessary to perform their duties or provide for their families

MANILA, Philippines – Netizens hit back with personal stories of overworking after a video came out labelling those who work 18 hours a day “either stupid or liars.”

Imee herself was in the video which claimed to be a satire.

In the video, Imee and her two aides were talking about a certain “Len-len” who fainted after working 18 hours a day.

She said: “Ang pagtatrabaho, ay parang pag-inom ng kape. ‘Pag nagtimpla ka, dapat tantsa mo: Kaya ko ba ‘tong ubusin?” (Working is like drinking coffee. When you make coffee, you have to gauge if you can finish that much.)

The video ended with the following text over a black background: “Anyone who claims to work 18 hours a day is either lying or stupid.”

Some artists disagreed that the video was a satire as it lacked subversive intent and instead featured a politician seemingly mocking a worker. Some netizens, connecting Imee’s presence in the video, the dialogue, and references to other politicians with similar sounding names, took the video as a jab at Vice President Leni Robredo.

(On the average, I work 18 hours a day. I usually get around six hours of sleep.)

Like Bongbong, Robredo is among the presidential candidates in the coming May elections.

Imee and Marcos Jr. are children of the late dictator Ferdinand Marcos with his wife Imelda.

Marcos Jr. skipped the Jessica Soho presidential interviews where Robredo made the comment of her 18-hour workdays.

The “satirical” video touched a nerve with the public. Beyond the political innuendos, some felt the video was insulting and “out of touch.”

Using the hashtag #AkoSiLenLen, many came forward with their stories of long, tedious hours at work and how this was necessary to eke out a living.

These were stories of frontliners, teachers, and overseas Filipino workers; essential and contractual workers who earn by the hour; students burning the midnight oil to graduate.

It also didn’t help that the remarks came from a Marcos – a family that embezzled public funds and stashed these in illegal Swiss accounts. The Marcos matriarch, Imelda, was found guilt of seven counts of graft in 2018.

Here are some other netizens’ reactions: