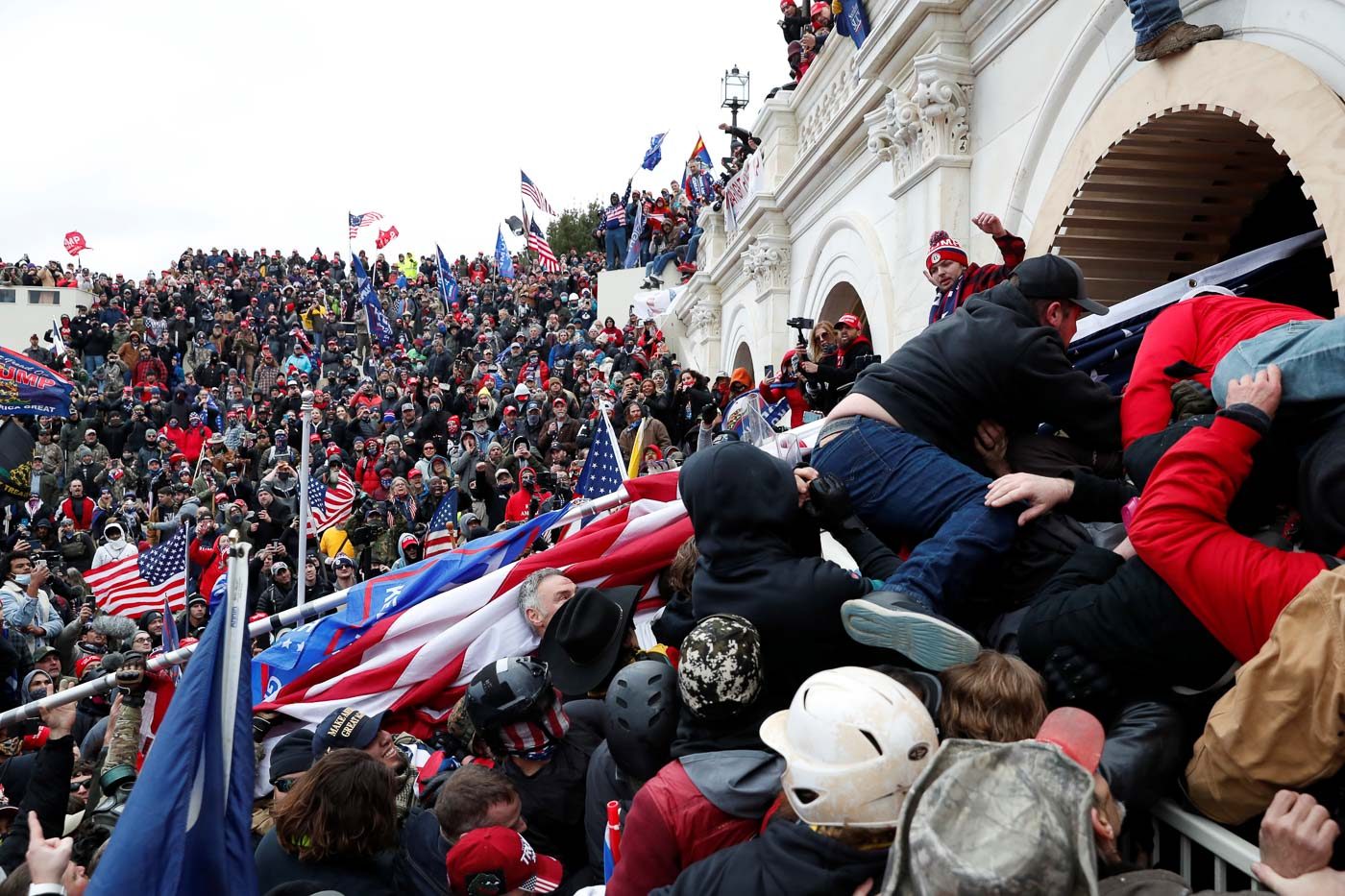 CHAOS. Pro-Trump protesters storm into the US Capitol during clashes with police, during a rally to contest the certification of the 2020 US presidential election results by the US Congress on January 6, 2021.

Philippine Ambassador to the United States Jose Manuel “Babe” Romualdez said some Filipinos had traveled from different states to Washington, where the US Senate and House of Representatives convened for a joint session to count votes of the Electoral College.

(We have news that there were some (Filipino) Trump supporters and we saw they came from different states here in America but we do not know how many there were.)

While majority of Filipino Americans leaned Democratic, 34% said they would still vote for Trump, according to the 2020 Asian American Voter Survey (AAVS) of nearly 1,600 Asian Americans. Those in support of Trump cited Filipino conservative values as among the reasons for endorsing him. Trump, who continued to peddle false claims that he did not lose the election to President-elect Joe Biden, had urged his supporters to come to Washington for a rally on Wednesday, January 6 (US time). “We will never give up, we will never concede,” Trump told a crowd of thousands.

Reuters reported that about 50 minutes into the speech, some Trump supporters, began to head toward Capitol Hill, “where unprecedented mayhem ensued.”

Romualdez said the Philippine embassy and chancery in Washington DC were not affected by the protests as it was located far from Capitol Hill. Still, the embassy took precaution and boarded up in the event things would spill over to Massachusetts Avenue, where the building is located. Asked if Trump’s supporters vacated the area, Romualdez said many had left but many were also still present in the reflection area of the Capitol.

(The metropolitan police seem to be in control and the national guard is there too…There doesn’t seem to be any trouble, so far, but we know that when night comes, there’s a possibility of some trouble so they’re watching it.)

As of writing, US lawmakers had resumed the tally of votes, with the Senate voting down an attempt to overturn Biden’s win in Arizona. – Rappler.com