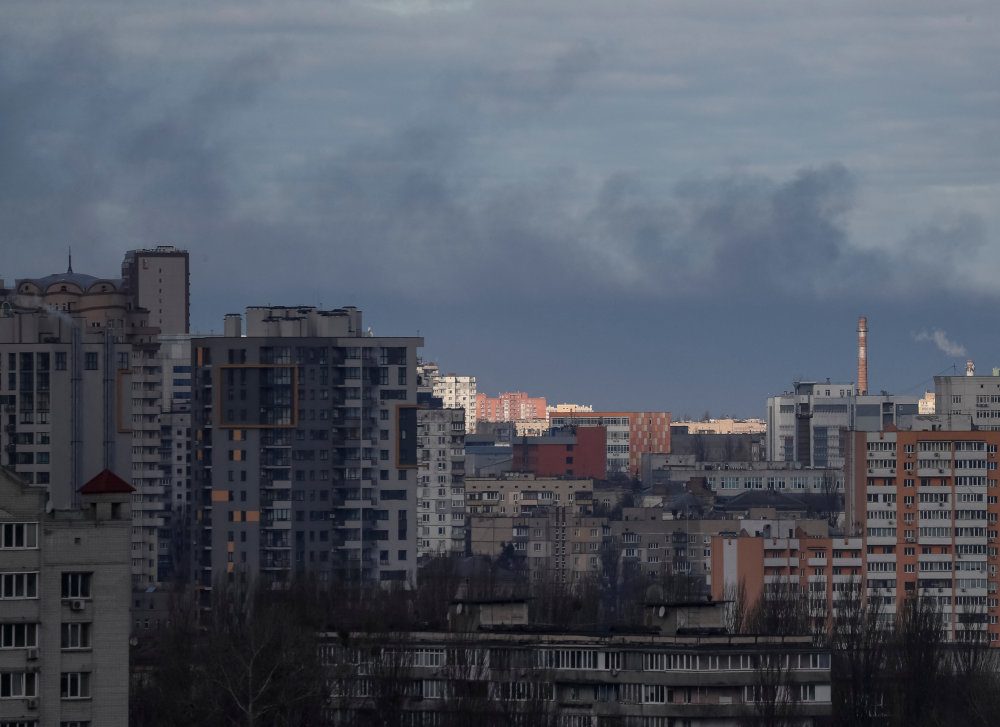 Facebook Twitter Copy URL
Copied
'Our people only need to ask, and we will get them home safe,' says Philippine Foreign Secretary Teodoro Locsin Jr.

MANILA, Philippines – The Department of Foreign Affairs (DFA) said on Sunday, February 27, that at least 13 more Filipinos were evacuated from Ukraine, as the conflict in the country dragged into its fourth day.

Philippine Foreign Secretary Teodoro Locsin Jr. welcomed the Filipinos on board a bus at the Rava-Ruska-Hrebenne Border Crossing Station in Poland. Locsin had traveled to Poland, which agreed to allow the visa-free entry of Filipinos fleeing conflict in Ukraine.

The DFA said its officials on the ground and foreign posts were on high alert around the clock to ensure the safety of overseas Filipinos affected by Russia’s invasion of Ukraine.

“Our embassies in Poland and Hungary have been working hard these past days to account for each Filipino in Ukraine, and to repatriate them as soon as possible. Our people only need to ask, and we will get them home safe,” Locsin said.

The Philippines earlier urged parties involved in the conflict to “reaffirm by more than words” their commitment to the Manila Declaration on the peaceful settlement of international disputes.

“In the present crisis, where the situation is not irreversible and there is no compelling reason for any of the protagonists to resort to hostile actions, turning to the Manila Declaration is the pragmatic and decent way to go,” the DFA said.

The Manila Declaration was adopted by the United Nations General Assembly in November 1985. It saw countries reaffirming their commitment to settle disputes in accordance with the rule of law. Since tensions between Kyiv and Moscow escalated in recent weeks, over 50 Filipinos have been evacuated from Ukraine. The DFA counted at least 181 Filipinos living in Ukraine.

The DFA advised Filipinos in Ukraine who wish to be repatriated to get in touch with the Philippine embassy in Warsaw through the following contact details:

Those in need of repatriation assistance near the borders of Moldova and Romania may reach Philippine authorities through the following contact details: