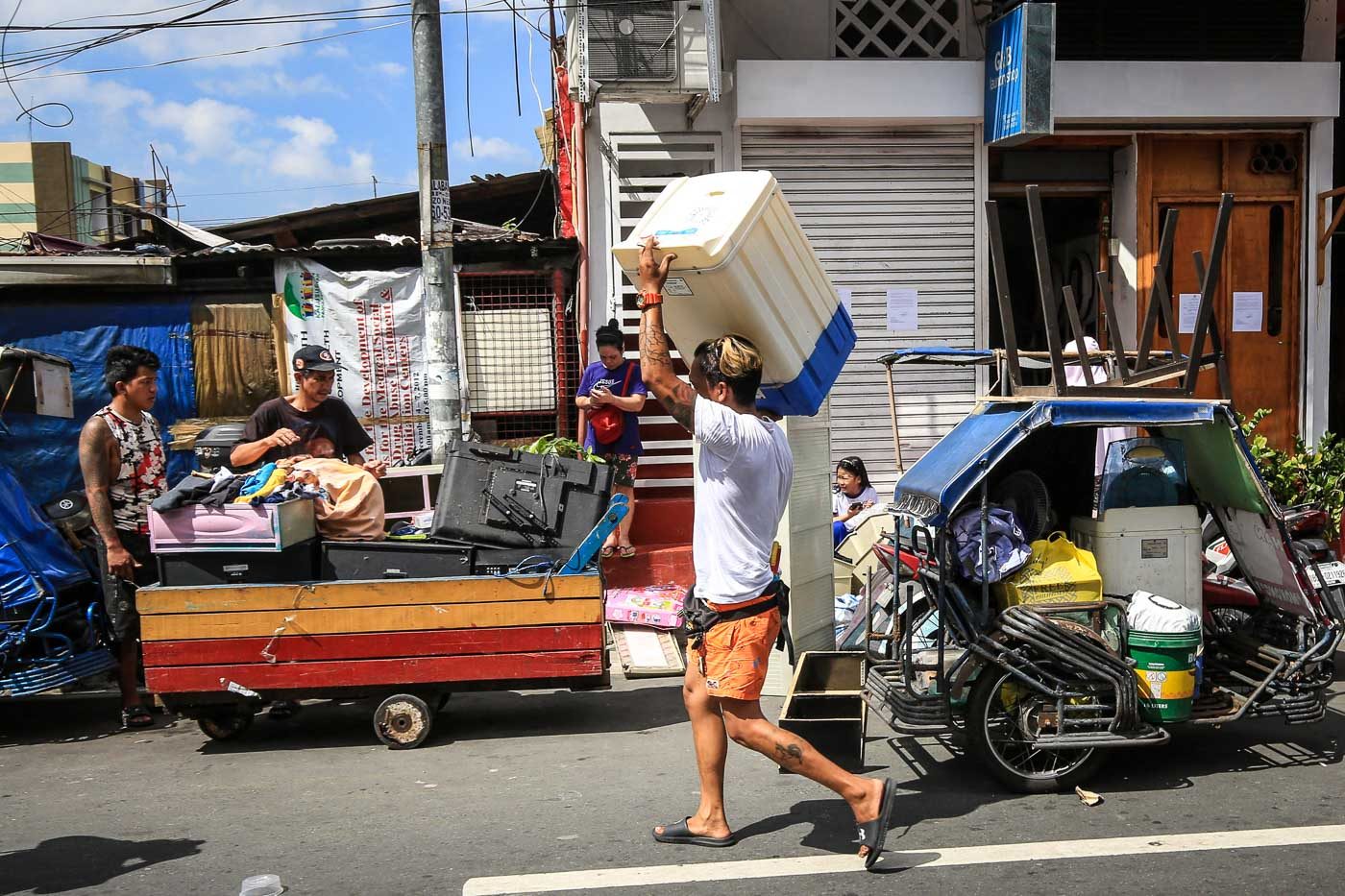 Residents rush to haul away their belongings to avoid the clashes between defiant settlers and members of a demolition team, at Juan Luna St in Tondo, Manila , on November 10, 2022. Rappler

MANILA, Philippines – Around the same number of Filipinos said that their quality of life improved or got worse in the past 12 months, according to a new Social Weather Stations (SWS) survey.

The SWS survey, conducted from September 29 to October 2, found that 30% of adult Filipinos said their quality of life was better than 12 months ago (termed by SWS as “gainers”), while 29% said that it got worse (“losers”).

Meanwhile, 41% said that their quality of life remained the same compared to a year ago (“unchanged”).

As COVID-19 restrictions ease, the Philippines has yielded a net score of zero, classified by the SWS as “fair” (-9 to 0). The October 2022 net score inched up from the “fair” -2 in June and April this year.

Under the term of former president Rodrigo Duterte, before the COVID-19 pandemic happened, there were almost consistently more people who said their lives improved than those who viewed that it got worse.

‘High’ in the north

Metro Manila and Balance Luzon retained a “high” rating as the net rose from +6 to +9 and from +5 to +8, respectively.

In the Visayas, more people said that their lives improved but the net score remained “mediocre” at -13. This classification is a step down from the “fair” rating.

The survey also found that the number of Filipinos whose lives got better was high among those with higher educational attainment.

Compared to June, the net score was up from “high” to “excellent” among college graduates – jumping by 18 points from +2 to +20.

Junior high school graduates retained a “high” score as it increased from +3 to +5.

Meanwhile, among elementary students, the net score fell from “fair” to “mediocre,” with a decrease of five points from -7 to -12.

But more non-elementary graduates said their lives fared better, as the net score increased from -12 to -8.

The October survey also found that 11.3% of Filipino families – pegged at around 2.9 million – experienced involuntary hunger, or being hungry and not having anything to eat, at least once in the past three months.

Hunger was found to be significantly higher among those whose lives got worse. For the “losers,” involuntary hunger was at 15.7% (a combination of 13.2% moderate and 2.5% severe), higher than the June survey of 14.9%.