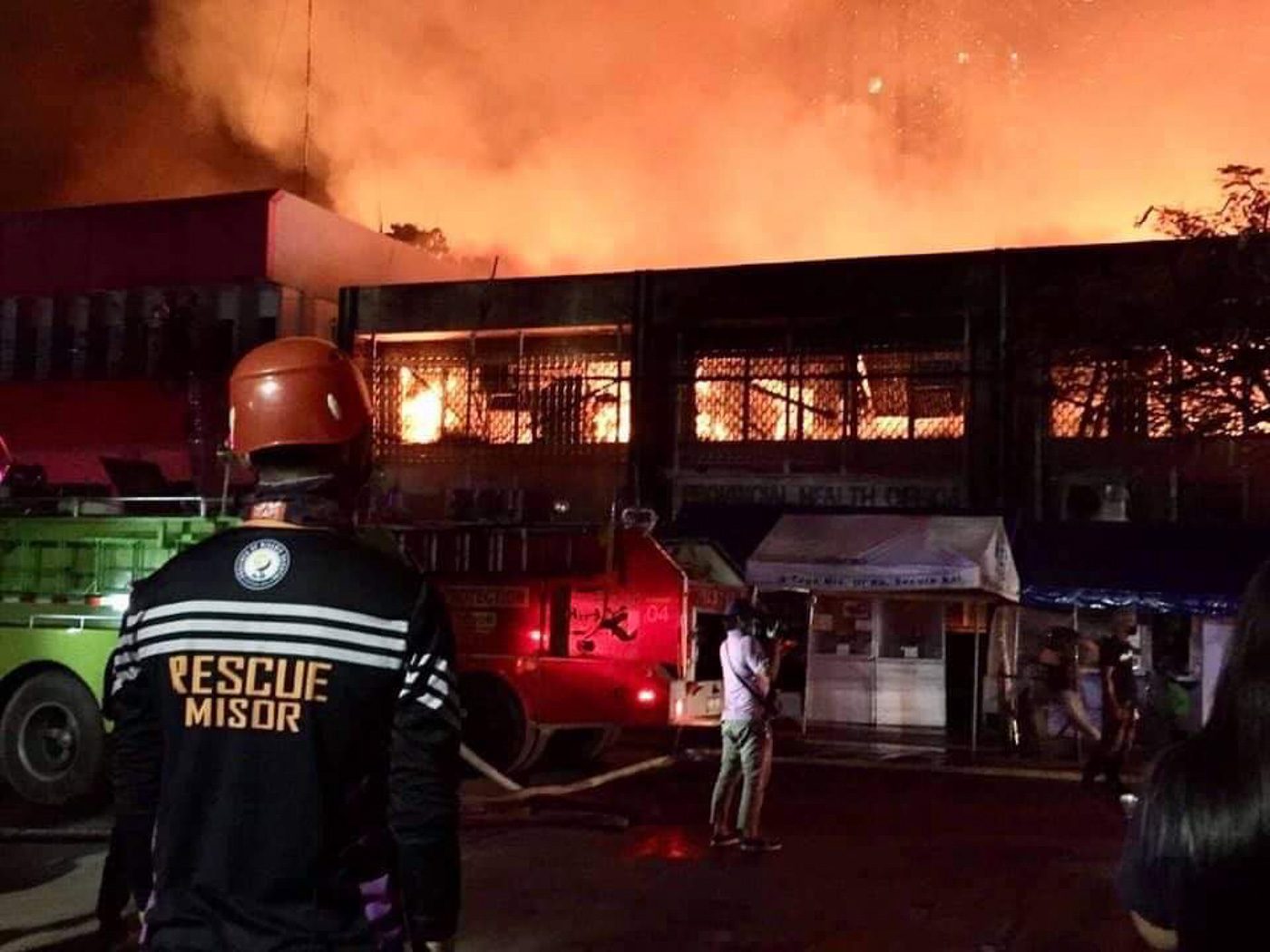 A fire broke out and destroyed Misamis Oriental’s Provincial Health Office along with COVID-19 vaccines in Cagayan de Oro on Wednesday night, April 14.

The Bureau of Fire Protection said the fire originated from a motorpool kitchen at the back of an old building occupied by the Provincial Health Office. The motorpool is under the Provincial Engineer’s Office.

Investigators said the cold storage for the vaccines was still intact. Provincial Board Member Gerardo Sabal III, however, said the vaccines, all CoronaVac, were considered wasted because of the intense heat.

Sabal said there were at least 30 vials of CoronaVac kept inside the building.

He said important data on COVID-19 and other public health matters were also lost, and would slow down the Provincial Health Office’s work.

“These can be restructured, but this fire will stall us momentarily,” Sabal told Rappler.

Investigators said the fire destroyed several vehicles at the motorpool, and the entire Provincial Health Office located at the back of the main capitol building. A two-lane road separates the two buildings.

The fire broke out at around 6:38 pm, and was snuffed out two hours later.

Authorities were still assessing the extent of the destruction, but investigators placed the initial structural damages at P1.4 million. – Rappler.com