Firefighters use extended truck ladder to reach the blaze as they try to put out a Task Force Alpha fire gutting the Starmall in Alabang, Muntinlupa City on January 8, 2022. Rappler

Facebook Twitter Copy URL
Copied
(2nd UPDATE) The blaze lasts for one day and nine hours after the first alarm at around 3:40 am on Saturday, January 8

The fire in Starmall Alabang reached the first alarm at around 3:40 am on Saturday, according to the Muntinlupa City Department of Disaster Resilience and Management.

It reached the fifth alarm at around 7 am. The fire was declared under control over 12 hours later, at 7:06 pm, according to Fire Superintendent Roberto Samillano Jr.

Fire out was declared at 12:21 pm the next day, Sunday, January 9, announced the Bureau of Fire Protection-National Capital Region on its Facebook page.

Authorities have yet to determine the cause of the fire. 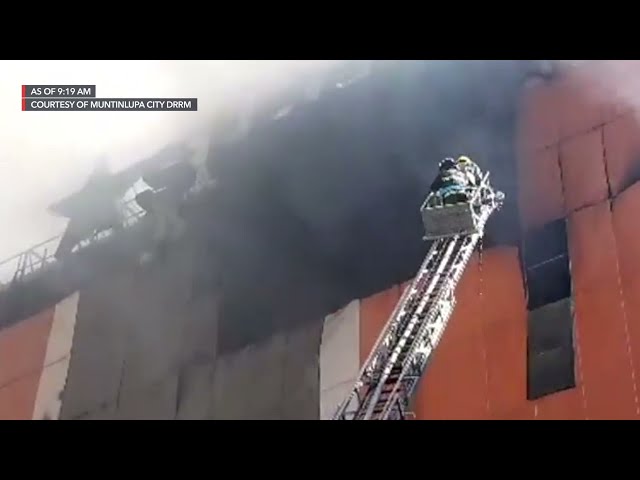