A fisherfolk group based in Luzon called on the government to probe the Chinese device found in waters off Pangasinan in July.

(With this, we are calling on our leaders, especially the President, senators, and House representatives, to conduct a probe and research the activities, movements, and violations of China in the Philippine sovereignty.)

Bigkis ng Mangingisda is an organization of fisherfolk from Pangasinan, Zambales, and Bataan. On July 22, a fisher, who was also a member of Bigkis, retrieved a Chinese device believed to be an ocean bottom seismometer in waters around 110 nautical miles northwest of Bolinao, Pangasinan – within the country’s exclusive economic zone.

The device is buoy-like and had Chinese characters on it, roughly interpreted as saying: “If retrieved safely, a big prize would be given.” There is also a contact number inscribed on the side of the device that starts with +86, the area code for China.

UP expert: China should have told PH about device found in West PH Sea According to Bigkis, they transferred the Chinese device to the Philippine Navy. Defense Secretary Delfin Lorenzana said they brought the device to the Department of Science and Technology for further assessment.

However, after a month, the fisherfolk have yet to receive a word from Lorenzana. The group said they are worried because they rely on the sea for their livelihood.

(Although we are just fisherfolk relying on resources from the sea for our livelihood, we are also worried for our other natural resources that the Chinese want to claim.) 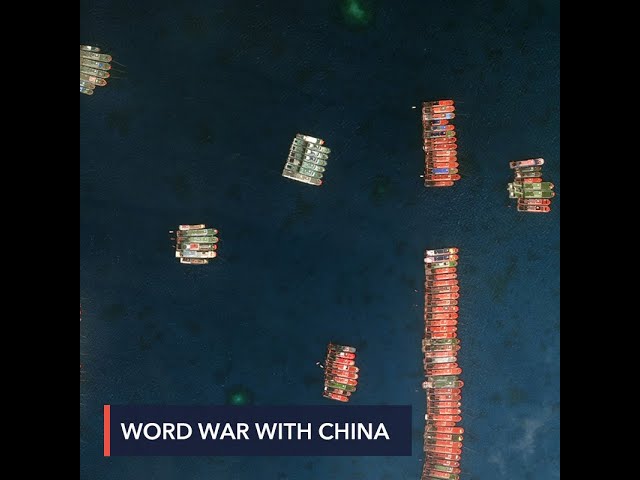 Mario Aurelio, director of the UP National Institute of Geological Sciences said the device is used in gathering information about ground movements in the seafloor.

Maritime expert Jay Batongbacal, director of the UP Institute for Maritime Affairs and Law of the Sea, told Rappler in July that the discovery of the device is a matter of concern because it could be used for oil exploration within the country’s waters. – Rappler.com