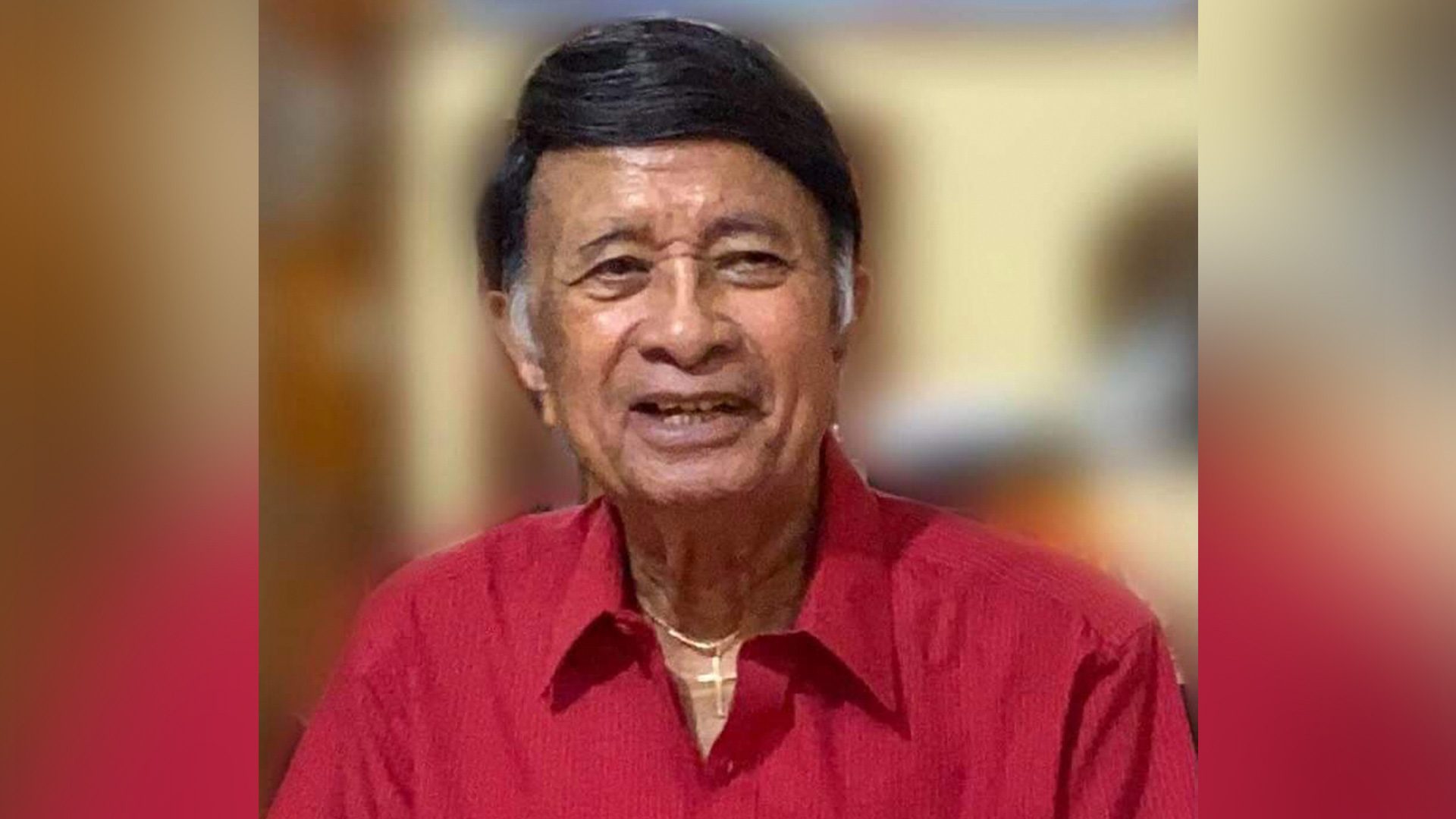 Former Cagayan de Oro congressman Erasmo Damasing Jr. – the last of PDP-Laban’s political giants in Cagayan de Oro in the 1980s and 1990s – died on Tuesday night, August 24. He was 86.

Damasing died at the Capitol University Medical City (CUMC) in Gusa where he had been in intensive care since August 15, his son Eric said.

Eric said his father had grown weak because of a heart ailment and had been hospitalized on separate occasions in recent months.

“We were going back and forth to the hospital in the past few months,” he said.

Damasing succumbed to “heart-related problems and their complications” at 7:25 pm on Tuesday, the Damasing family announced.

Damasing, who was born in Gitagum, Misamis Oriental, was elected Cagayan de Oro’s vice mayor following the ouster of strongman Ferdinand Marcos. He had also served as city councilor.

He then served as Cagayan de Oro’s lone representative to the House of Representatives for two consecutive terms beginning in 1992 until 1998, when he decided to trade places with Magtajas and clash head-on with Emano, their estranged political ally, for city mayor.

Emano, the founder of the PDP-Laban spinoff PaDayon Pilipino, pulled off a near sweep in the 1998 elections, and sent Damasing and Magtajas to political retirement.

Damasing, a lawyer by profession, had a long and colorful career as a politician and was known for speaking his mind even when what he said was unpopular or was sure fodder for controversy.

When legislators, for instance, were deliberating provisions in a proposed new rape law in the 1990s, Damasing started a firestorm when he questioned some clauses in the bill that he had thought gave rape a new meaning. He posed a rhetorical question, “Suppose there is dirt on a woman’s mouth and I remove it with my finger or if I touch a woman’s private parts by accident – that’s rape?”

There was never a dull moment with Damasing who could talk for hours whenever he had the floor and the microphone. He was a loud public intellectual, often funny, who dominated discussions even when he was still serving in the city council.

Even inside a courtroom, he was a showman, amusing judges, opponents, the accused and defendants, with his loud rhetorics.

Asked why he opted to retire from politics outside the Cagayan de Oro Hall of Justice years ago, Damasing smiled, gestured like he was about to whisper something to this writer, and then exclaimed: “’Di na ‘ko. Puro na sila kawatan (I’m done. They’re all a bunch of thieves)!”

Deputy Speaker and Cagayan de Oro 2nd District Representative Rufus Rodriguez said of Damasing: “He certainly had a very remarkable two terms in the House of Representatives. He always stood in the plenary hall when there were issues that he had a stand on, all for the best interests of the Filipino people and Kagay-anons whom he loved so much.”

“He certainly was a true public servant who worked with integrity, efficiency, and utmost responsibility. He made our city proud,” Rodriguez added.

Mayor Moreno said Damasing served Cagayan de Oro “excellently well” and credited him for bringing the Mindanao station of the Court of Appeals (CA) to the city.

He said Damasing was known to be persistent in seeking projects for Cagayan de Oro when he was a congressman.

Moreno said, “He would visit national government offices in Manila, and would be there ahead of the office heads just to follow-up projects.”

“He lived a full life and the city and Northern Mindanao are grateful to him,” Moreno said.

Damasing’s family said no services and eulogies were organized due to the public health crisis. They also discouraged people from sending flowers.

“Because of the pandemic, we will understand if you will not be able to pay your respects at his wake. Instead, your prayers will be much appreciated,” the younger Damasing said.

Damasing is survived by his wife Annie, and four sons. One of his children has already died. – Rappler.com