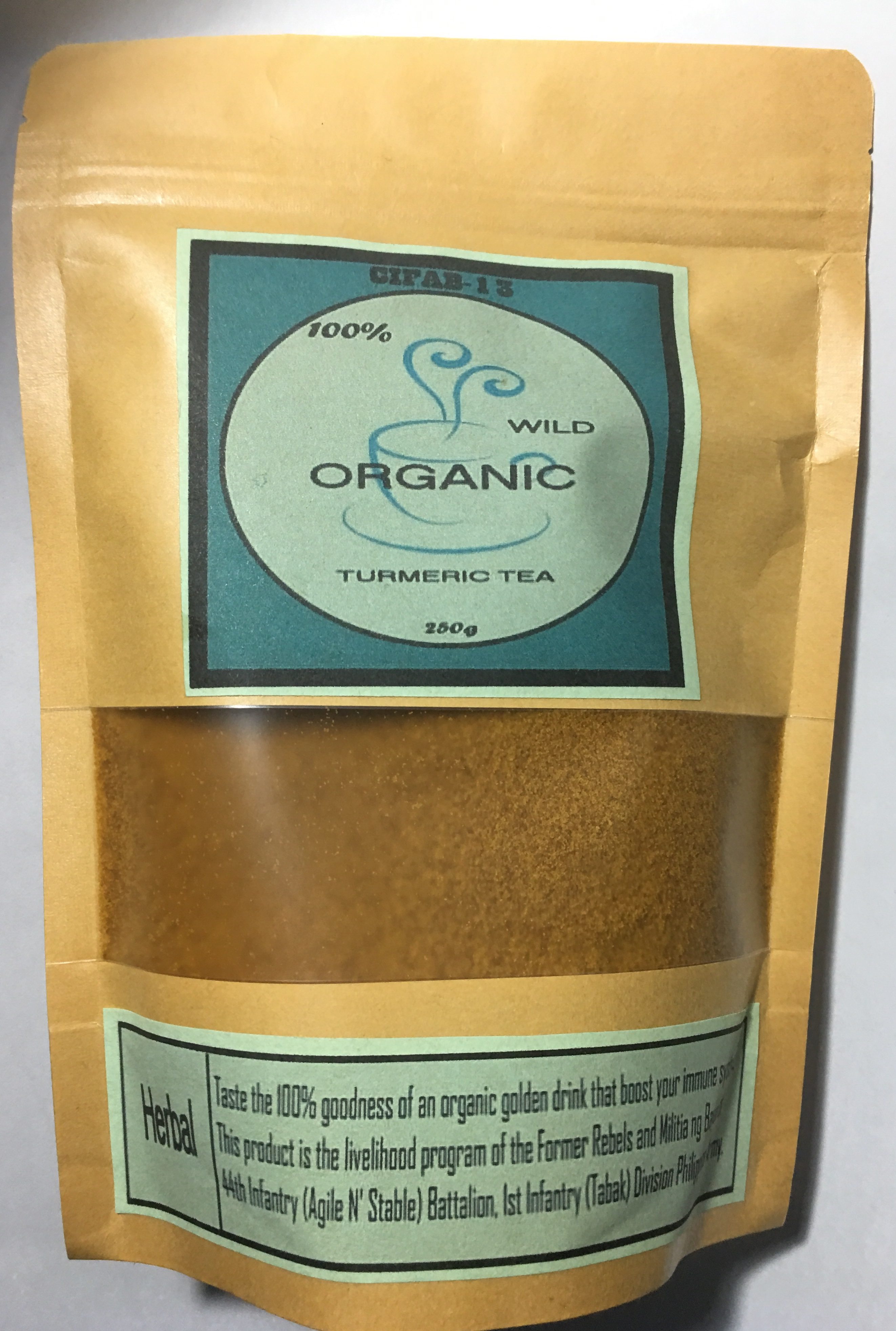 Facebook Twitter Copy URL
Copied
In the first month alone, rebels produced 1,000 packs of turmeric tea powder, patronized mostly by soldiers in the Zamboanga Peninsula, the same people they once considered as their mortal enemies

They used to make tea out of wild turmeric and ate its leaves as rebels in the forests and mountains of the Zamboanga Peninsula region. Today, the former New People’s Army (NPA) guerrillas are producing tea powder out of the plant for their livelihood.

In just a year, the ex-rebels have made their P40,000-seed money, borrowed from an Army officer, grow – they have so far produced over P1.2-million worth of packs of powdered turmeric tea in Imelda town in Zamboanga Sibugay.

Turmeric tea was – and still is – the most popular coffee substitute for rebels crisscrossing the provinces of Zamboanga del Sur, Zamboanga Sibugay, and Zamboanga del Norte, recalled Cinderella Yursua and Antonino Roda, former rebels involved in the NPA’s recruitment activities in Western Mindanao.

Roda, once a medical officer of the NPA’s Western Mindanao Regional Party Committee (WMRPC), recalled how he and other guerrillas would bring turmeric leaves with them and eat these when there was no food.

Turmeric also made Roda remember the late NPA leader Leonardo Nabong, who was killed in a fierce encounter between rebels and soldiers in Tampilisan, Zamboanga del Norte province in 2020.

Nabong, a former student activist from Misamis Oriental province, had led communist guerrilla forces in the Zamboanga Peninsula and had served as 1st deputy secretary of the WMRPC. His exploits were regarded as legendary in the rebel movement but these made him one of the most sought-after NPA leaders in Mindanao by the government.

(During the last day I spent with Nabong, we had turmeric tea together. I told him about my plan to surrender because the situation we were in was already too difficult. We had no more food. We were hiding because there were soldiers everywhere.)

Days later, Nabong was killed as his group engaged soldiers in Tampilisan town in November 2020.

Roda and Yursua surrendered, along with several NPA guerrillas that same month, and they have not looked back since.

Turmeric, the wild plant that helped them get through as rebels, is now the same plant they depend on for their livelihood.

Good for the body

(Turmeric is good for the body. It’s better than coffee. It can help those with arthritis and it prevents cancer. It’s even good for those with respiratory and other health problems.)

When they surrendered in 2020, they immediately organized a group of former rebels from the NPA’s Community Integration Flex A, B, 13 (CIFAB-13) to start the small turmeric powder business.

Colonel Don Templonuevo, who was then the commander of the Army’s 44th Infantry Battalion, lent them P40,000 so they would have start-up capital for their small business.

The group paid Templonuevo back in just two months as they saw their powdered turmeric tea selling like hotcakes.

In the first month alone, they produced 1,000 packs of turmeric tea powder, patronized mostly by soldiers in the Zamboanga Peninsula, the same people they once considered as their mortal enemies.

“The soldiers have not failed in supporting our business venture,” said Yursua.

Soon, according to Roda and Yursua, they had a captured market in Imelda town.

Their product, named CIFAB-13 after their former NPA unit, is now all over the Imelda town public market, and the group is branching out to other areas in and out of Zamboanga Sibugay.

They said the 44th Infantry Battalion has also been helping them sell their products and connecting them with more potential clients.

Yursua said the group has so far produced 10,300 packs of the product, amounting to over P1.2 million.

“Our families have already been receiving our profit shares,” she said.

CIFAB-13, as a group, is registered as an association now with the Department of Labor and Employment (DOLE).

The Department of Science and Technology (DOST) has also been helping the former rebels with training. It gave them equipment for turmeric powder production for their Imelda-based manufacturing facility.

The Department of Trade and Industry (DTI) is also helping them so CIFAB-13 could be registered as a business, providing them training on basic accountancy and sales record-keeping.

Lieutenant Colonel Filven Noche, commander of the 44th Infantry Battalion, said he was impressed with the growth of the CIFAB-13 business.

The group, Noche said, was already producing 5,000 packs of turmeric tea powder when he assumed command of the battalion a few months ago.

He said the military would continue to help and “stay responsive in assisting the surrenderers toward their transformation.”

Dr. Christine Yambao, whose group contributed in efforts to provide CIBAF-13 a manufacturing facility in Imelda town, said the powdered turmeric tea has the potential of becoming a product in the DTI’s “One Town, One Product” thrust.

“But beyond livelihood, the collaborative efforts planted a seed of hope,” she said. – Rappler.com