Metro Manila, Davao City, 7 other areas under GCQ until January 31 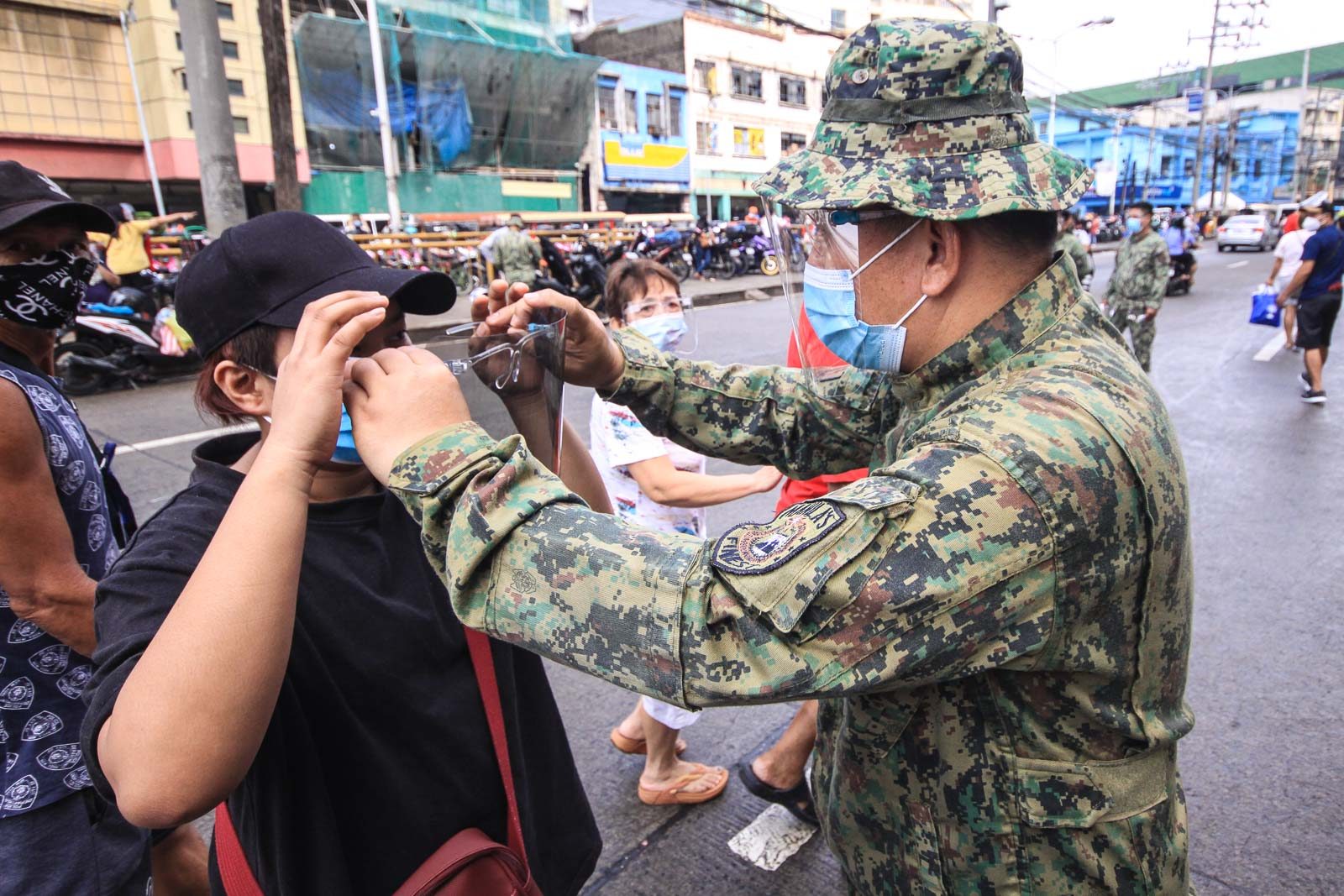 FACE SHIELD. A police officer from the Manila Police District teaches a shopper how to properly use a face shield along Recto Avenue in Divisoria, Manila on Sunday, December 20, 2020.

In a televised address, Duterte approved the recommendation to place the following areas under GCQ, subject to the appeal of local executives:

On December 15, the Inter-Agency Task Force imposed tighter restrictions in Isabela, except Santiago City, because of an uptick in coronavirus cases.

Under the new classifications the President announced on Monday, the entirety of Isabela, including Santiago City, is now under GCQ.

The rest of the country remains under modified GCQ, the loosest quarantine classification.

On the issue of the new COVID-19 strain, the President reminded Filipinos to just stay at home.

The new and reportedly more infectious COVID-19 strain originated from the United Kingdom.

The Philippines had recently extended the travel ban from UK – which was supposed to end on December 31 – for another two weeks. – Rappler.com