TURNOVER. The Office of the Ombudsman turns over P53.6M and 11 real property titles in Baguio City, Batangas, Guimaras and Iloilo to the Bureau of Treasury during a press conference in Quezon City on September 13, 2022. The money and titles were part of ex-Maj Gen Carlos Garcia’s plea bargain agreement where he pleaded guilty to direct bribery. Special Prosecutor Edilberto Sandoval led Ombudsman’s team in turning over the cheque to OIC Deputy Treasurer of PH Eduardo Anthony Mariño III.

MANILA, Philippines – Even after the latest turnover of cash and real properties from former Armed Forces of the Philippines major general Carlos Garcia to the nation’s coffers, his family is not yet off the hook from their involvement in Garcia’s earlier charges of plunder and money laundering.

“They were not part of the agreement because they were not arrested. They were outside the territorial jurisdiction of the Philippines and it was only general Garcia, who was then charged and was here in the Philippines. So it was Garcia alone who executed the plea bargaining agreement,” Balmeo said.

Balmeo shares the same position with the Sandiganbayan, which ruled that Garcia’s wife and children remained charged with plunder and money laundering.

Aside from maintaining that Garcia’s wife and sons remained charged with the non-bailable charges, the Sandiganbayan at the same time also reiterated the standing arrest warrants against the four.

Garcia, former AFP comptroller, was involved in the decades-old military “pabaon” scandal or hefty parting bonuses issue of the military under former president Gloria Macapagal Arroyo’s term. The case was prosecuted by the Aquino administration, where Garcia was accused of amassing P303.27 million of ill-gotten wealth he acquired when he was in the AFP. 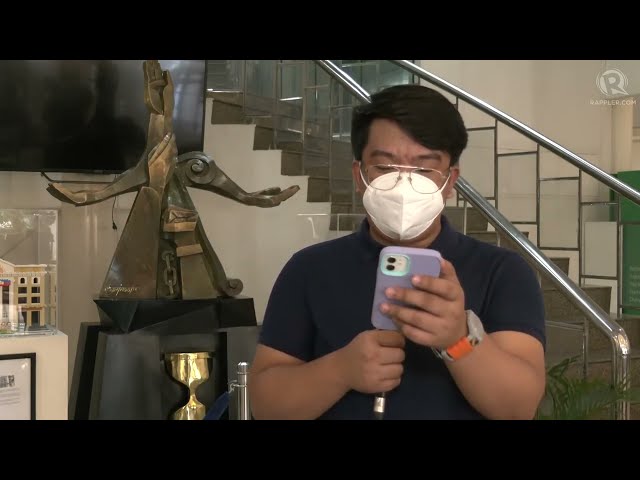 He reached a plea bargain deal and pleaded guilty to lesser offenses of direct bribery and facilitating money laundering. Before the deal, his sons were arrested in the United States in 2003 for smuggling dollars. The former AFP general has been in jail since 2011.

In further explaining Garcia’s plea bargaining deal, Balmeo said the agreement was even brought up to Garcia’s family.

“This was brought up. Actually I think, I recall, I was the handling prosecutor then, there was an extradition filed by the Ombudsman relative to the wife and the three children. Unfortunately, I really don’t know what’s the status of that right now,” the deputy ombudsman said.

Would another plea bargaining discussion be possible with Garcia’s family? Balmeo said it was a move that should originate from the accused.

“Well, the plea bargaining (offer) would originate obviously from the accused, so I cannot foresee what they have in mind. But obviously if they were here and they were charged, and there is a plea bargain offer from them, obviously, they would be likewise considered.”

On Tuesday, the Office of the Ombudsman turned over a cheque amounting to P53,603,092.06 and 11 certificates of real properties in Guimaras, Iloilo, Baguio, and Batangas to the Bureau of Treasury as part of the plea bargaining deal entered by Garcia. This was the latest turnover of cash and properties from the former general since the last ones in 2012 ($100,000) and 2015 ($1.38 million).

According to the Office of the Ombudsman, they were able to turn over a total of P135 million to the Bureau of Treasury from Garcia, as of 2022. This includes the P53 million cheque and 11 property certificates.

Garcia’s case challenged the credibility of the Ombudsman and even the Sandiganbayan. The controversy went through across four presidents – and even four ombudsmen.

In 2010, Arroyo accepted the deal with Garcia through Ombudsman Merceditas Gutierrez and dropped the non-bailable charge of plunder in exchange for a guilty plea for direct bribery and facilitating money laundering. It was approved by the Sandiganbayan.

However, under Aquino’s term, the ombudsman and Office of the Solicitor General (OSG) challenged the deal, which led to Supreme Court’s issuance of a temporary restraining order to stop the deal’s effectivity in 2013.

Fast forward to 2020, the Supreme Court upheld the deal and said Aquino-time OSG could not revoke it.

On July 5 of this year, Sandiganbayan sentenced the former military officer to four to eight years for direct bribery and four to six years for facilitating money laundering. He was also ordered to pay P406.3 million in fines (thrice the value of “pabaon” he received), and another P1.5 million as fine for facilitating money laundering. – Rappler.com