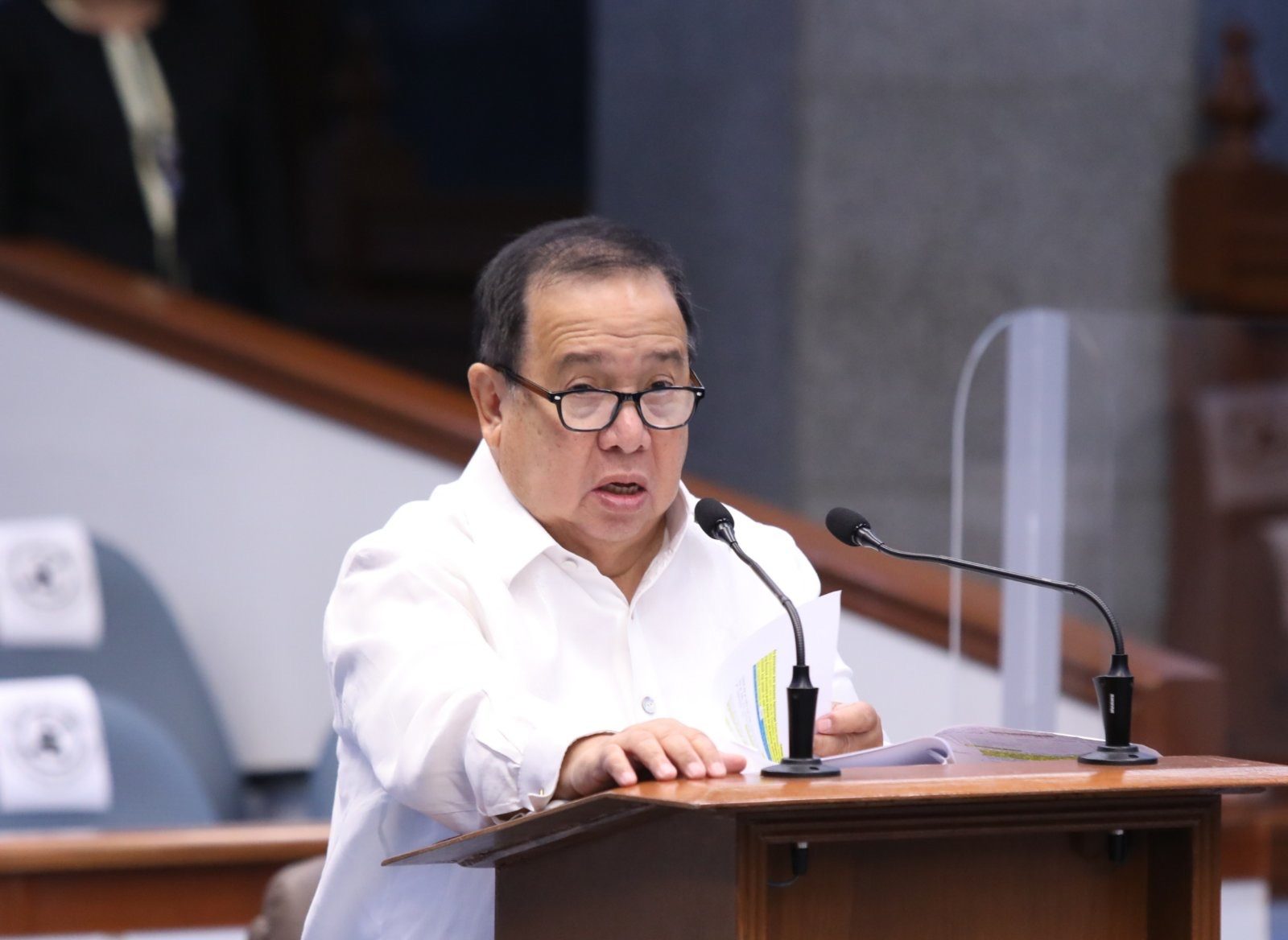 APPEAL TO SENATORS. Senate blue ribbon committee chairman Richard Gordon delivers a privilege speech on the draft report on the Pharmally controversy on May 29, 2022.

Facebook Twitter Copy URL
Copied
'The people of this country should not be denied the judgement or at least a debate whether there was malfeasance, misfeasance or nonfeasance.... The acts done in Pharmally were done with impunity,' says Senate blue ribbon panel chairman Richard Gordon

Gordon delivered a privilege speech late Tuesday night, May 31, in what is seen as his last-ditch effort to get more blue ribbon committee members to sign the draft report on the Senate panel’s probe into the deals cornered by the notorious Pharmally Pharmaceutical Corporation during the coronavirus pandemic.

Gordon told his colleagues that they “cannot shirk from our responsibilities” by refusing to sign the draft committee report. 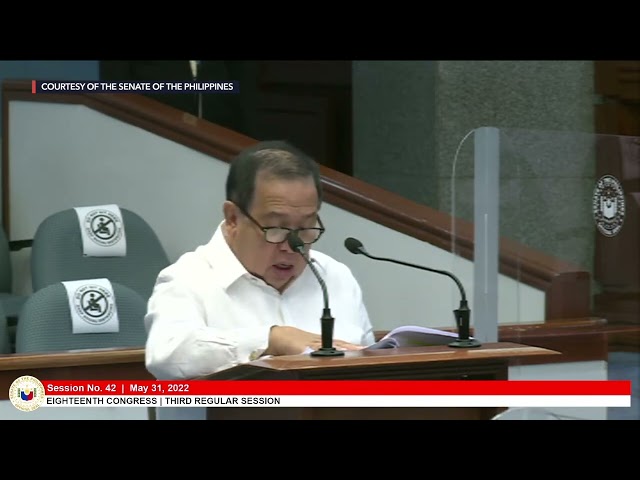 “The Senate’s full disclosure of the Pharmally plunder controversy achieves closure for our people. I am doing this as a chairman in a quandary. I respect my fellow members. I do not try to antagonize them or badmouth them. I respect the Filipino people,”  said Gordon.

“The people of this country should not be denied the judgement or at least a debate whether there was malfeasance, misfeasance or nonfeasance…. The acts done in Pharmally were done with impunity,” he added.

The 113-page draft report was first publicized in February, with Gordon’s panel recommending the filing of cases against Duterte himself once his term ends for failing to go after his appointees and businessmen responsible for the irregularities uncovered in the Pharmally deals.

But only nine senators have so far signed the report. Gordon needs at least 11 so he can formally sponsor it at the plenary, where the rest of the chamber may debate on the findings, then either vote to adopt or reject the report.

The blue ribbon committee members who have signed the draft report are the following:

Of the nine signatories so far, four are from the opposition – Drilon, Hontiveros, Pangilinan, and De Lima, who has been detained in a Camp Crame facility since 2017 over what she has described as trumped-up drug charges against her.

The other senators who have yet to affix their signature include:

Leading the Pharmally investigation proved to be fatal to Gordon’s political career. He made himself an enemy of Duterte, who spent the past months attacking the veteran senator. Gordon failed to win his reelection bid in the May 2022 elections.

‘Certainly not a waste of time’

If Gordon fails to secure the additional two signatures, he would not be able to sponsor the committee report in the plenary on Wednesday, June 1, the day the Senate is set to adjourn sine die.

If this happens, the Senate would not be making any formal recommendations or position on the controversy despite spending months digging into the questionable contracts bagged by Pharmally.

Drilon, however, said that the blue ribbon committee’s investigation would not go to waste. He said the probe allowed Filipinos to know about the anomalies happening while many were suffering during the COVID-19 crisis.

“It is not certainly a waste of time because even if no committee report will be supported by the majority, then we exposed the anomalies, which I am sure has put people on notice that these should not be repeated,” Drilon said.

Drilon said that in case the Senate adjourns session on Wednesday without the committee report on the Pharmally probe being filed, a senator in the next Congress may file a new resolution seeking a probe into the issue, then the new batch of senators may choose to adopt the same findings.

The Senate blue ribbon committee hearings uncovered that Pharmally cornered P10 billion in pandemic deals between 2020 and 2021 even if it was a small, newly created firm that lacked the funds, track record, and credibility to handle big-ticket government procurement.

An independent analysis of Pharmally’s financial records pointed to P6.3 billion in tax deficiencies owed to the Philippine government.

The blue ribbon committee’s partial findings are a far cry from the report of its counterpart panel in the Duterte-controlled House. The House committee on good government and public accountability spared Yang and instead pinned the blame on Pharmally executives alone. – Rappler.com