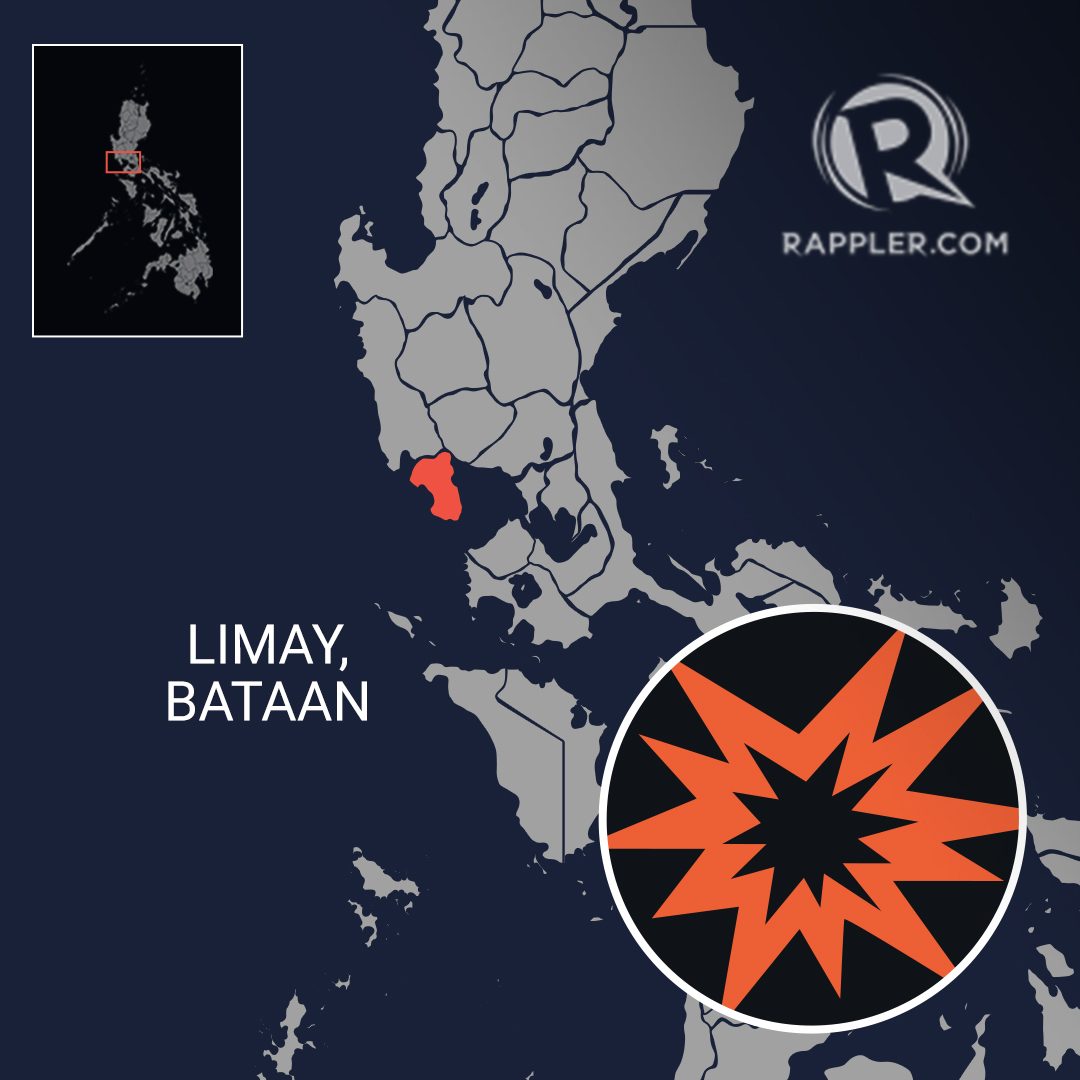 EXPLOSION. Two died, while two were hurt, after a building in the Government Arsenal exploded on May 26, 2021.

Two died and two others were injured when an explosion rocked the Government Arsenal facility in Limay, Bataan, on Wednesday, May 26.

The Government Arsenal is an agency under the defense department responsible for the production of basic weaponry and ammunition used by the Armed Forces of the Philippines.

The explosion happened at around 11 am on Wednesday, inside the Primer Composition Mixing Facility of Explosives Division of the DND Arsenal in Barangay Lamao, according to the report of the DND.

Ricardo Solomon, 40, died while he was being brought to the infirmary, while Marvin Tatel, 38, died on the spot.

Macreldo Rodriguez, 57, and Allan Wisco, 36, both survived the explosion and sustained minor injuries.

According to Limay police, Solomon and Tatel were handling the mixture of explosive chemicals when it exploded due to a still undetermined cause. The chemicals were said to be used in making bullet primers.

According to the DND, Solomon and Tatel were preparing priming composition for caliber .45 bullets when it exploded due to a still undetermined cause. In the other room, Rodriguez was making reports on his table, while Wisco was checking on the machines.

Defense Secretary Delfin Lorenzana, meanwhile, ordered the GA to review its safety and protective measures in its facilities.

The GA is currently conducting an investigation on the possible cause of the explosion and will submit its report to the DND. – Rappler.com