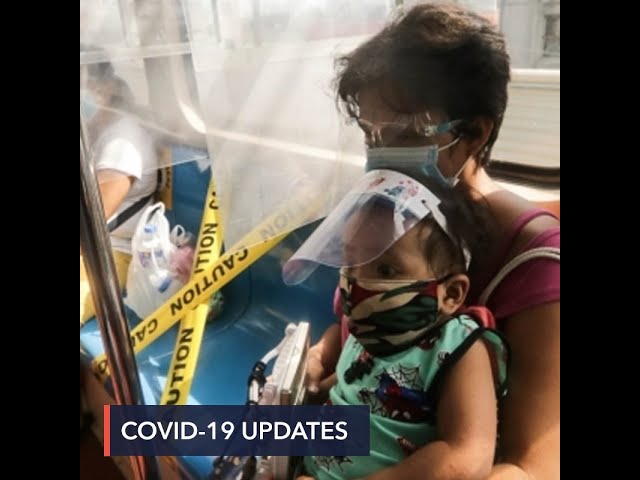 The government has reimposed its rule to keep a distance of one meter between public transportation passengers after President Rodrigo Duterte raised his concern over the Department of Transportation plan to reduce the distance to 0.75 meter.

Presidential Spokesman Harry Roque announced this through a tweet on Thursday, September 17.

“The 0.75 meter rule is suspended…. We are back to the one-meter rule until the President decides,” he said in Filipino during a press briefing that day.

Only 3 days ago, the transportation department began implementing the reduced social distancing rule given the approval of the Inter-agency Task Force on Emerging Infectious Diseases (IATF-EID) in its Resolution No 69.

But when the task force met with Duterte on Monday night, September 15, some officials admitted their reservations about the DOTr plan.

The flip-flopping on the public transporation distance rule is just one of 9 confusing policies made by Duterte’s task force.

But Roque, coming to the defense of the DOTr, said none of DOH’s representatives raised their concerns with the reduction in social distancing during the September 7 meeting when it was discussed.

The day after the meeting with Duterte, task force officials listened to health experts, including former health secretaries, on the safety risks posed by decreasing the distance between commuters.

Rappler confirmed with Dayrit and Cabral that these were their views. They suggested that the government strictly impose rules like mandatory face mask and face shields for commuters and prohibiting talking and eating during rides.

Meanwhile, doctors’ associations like the Philippine College of Physicians and Healthcare Professionals Alliance for COVID-19 expressed apprehensions about the new rule.

Dr Antonio Dans, an epidemiologist, said it’s too early to relax social distancing rules, saying it could lead to even more coronavirus cases and hamper the country’s recovery.

The report of these health experts will be provided to Duterte on Thursday as he makes the final decision on the physical distance rule in public transportation. He is expected to announce the decision on Monday next week, September 21, Roque said.

One step ahead: Cebu City

Ahead of the national government suspension of eased social physical distancing in public transportation, Cebu City already announced that it would continue to observe the one-meter social distancing rule in public utility vehicles (PUVs).

Cebu City Mayor Edgardo Labella issued the directive in a memorandum to the Cebu City Transportation Office and the Cebu City Police Office on Thursday, September 17.

“In order to sustain effort in preventing the transmission of COVID-19, you are hereby directed to continue implementing a one (1) meter physical distancing between passengers in all public utility vehicles plying through Cebu City roads, effective immediately,” Labella said in the memo.

Labella prepared the memo after the IATF initially agreed to gradually reduce the physical distancing requirements between passengers in all modes of public transportation.

The Cebu City Public Information Office said Labella decided to keep the old prevent the transmission of the coronavirus disease.

Cebu City had been a hotspot for the coronavirus disease in the country back in June, tallying new cases by the hundreds per day. It was able to bring down its cases by the end of July.

According to data from the Department of Health Central Visayas, as of September 16, Cebu City has 9,819 confirmed cases with 341 active cases. The city’s total recoveries is now at 8,816 while its total number of COVID-related deaths is at 662.

The Philippines continues to tally the highest number of coronavirus cases in Southeast Asia. Five days ago, the Philippines reported its highest-ever coronavirus death toll, at 186. – With a report from Lorraine Ecarma/Rappler.com