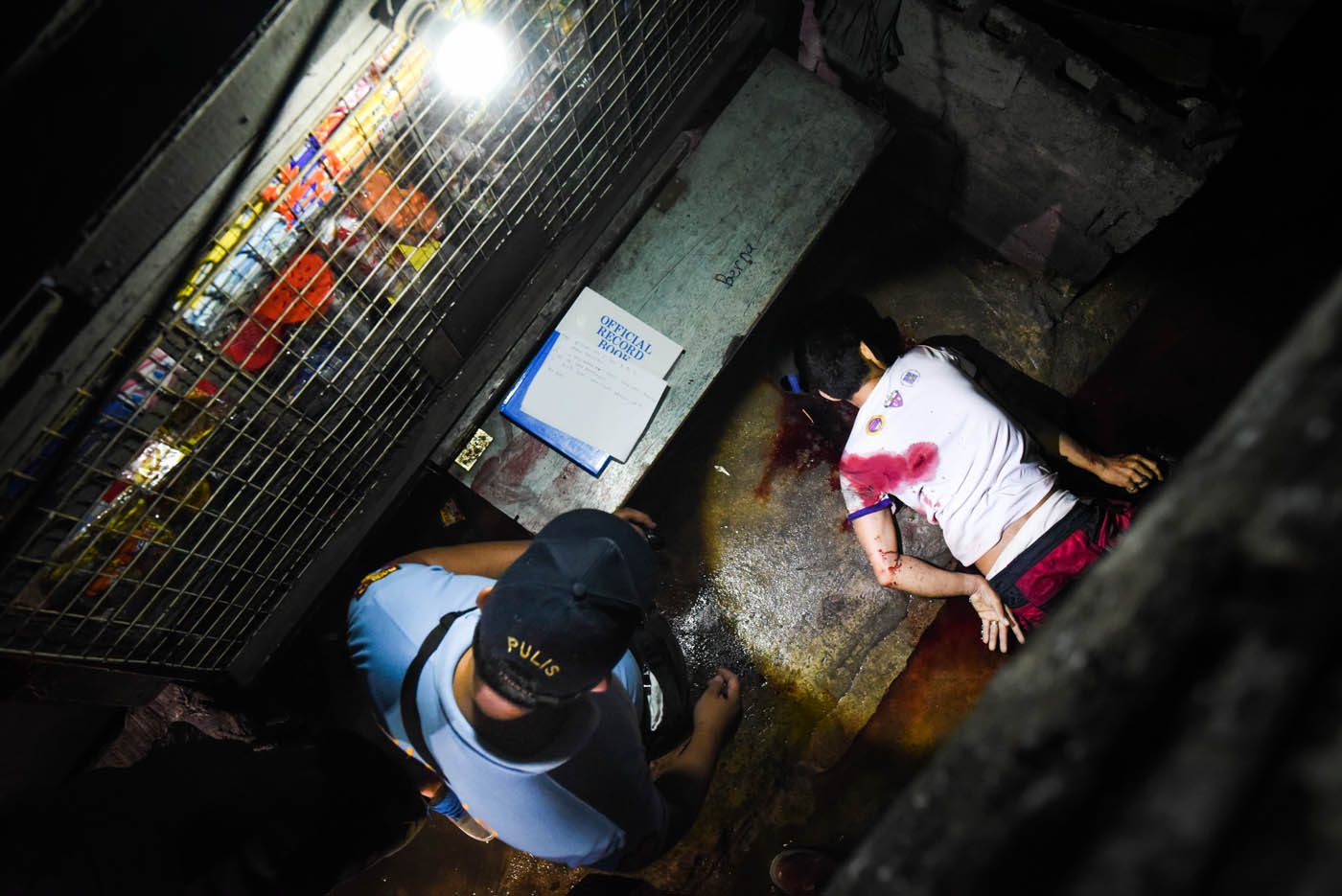 DRUG WAR CASUALTY. A policeman checks a drug suspect killed in an operation.

Facebook Twitter Copy URL
Copied
Justice Secretary Menardo Guevarra says they will 'prod' the police to file the complaints, and if not, a member of the review panel will do it. This is already long overdue, say human rights lawyers.

Even after it found police violations of rules in operations that led to deaths of suspects, the drug war review panel led by the Department of Justice (DOJ) will wait for the Philippine National Police (PNP) to file complaints against erring cops, for now.

“We have referred these initial findings to our national police authorities, and we have been informed that the appropriate internal investigation of thousands of these incidents had been conducted,” Guevarra told the United Nations Human Rights Council (HRC) in a high-level meeting on Wednesday, February 24.

“Scores of police officers had been recommended for administrative and criminal action. It is now the immediate task of the Review Panel to ensure that these recommendations have been acted upon and carried out by the proper disciplinary authorities,” Guevarra said.

It was the first time that an agency of the executive department was admitting major lapses in President Rodrigo Duterte’s centerpiece campaign against illegal drugs.

Pressed why the panel cannot go ahead and file these complaints if it already has documents and findings, Guevarra said they will “prod” the PNP to take action.

“We’ll prod the PNP to initiate the action based on the recommendations of its internal affairs service. Otherwise, any member agency of the review panel, other than the DOJ, may file the appropriate complaint before the DOJ,” Guevarra told reporters on Thursday, February 25.

This is already a protracted process, according to human rights lawyers.

Ted Te, Metro Manila coordinator for the Free Legal Assistance Group (FLAG), said that the DOJ findings were “too little, too late,” and that cases could have been filed much, much earlier.

“First year law students know that ‘nanlaban’ amounts to a claim of a justifying circumstance which is a matter of defense and which means those who committed the killings should first be charged, not exonerated even without a trial,” Te said.

“So, to make the ‘epiphany’ complete, when are the charges going to be filed? And how far up will they go?” Te asked.

Edre Olalia, president of the National Union of Peoples’ Lawyers (NUPL) asked why the DOJ still has confidence in the PNP at this point. “Considering after 5 years, we expect the PNP to rouse from its induced stupor?” Olalia said.

Olalia pointed out that this seemed “inconsistent” with previous actions of Guevarra on high-profile cases, where he ordered the National Bureau of Investigation (NBI) to do a case buildup and then file the complaint. The NBI is under the DOJ.

(What happens is, if there’s a public clamor or backlash, the action is immediate. If it’s drug-related extrajudicial killing, look the other way for now.)

The drug war review was created in June 2020 to avoid the International Criminal Court (ICC). This and other DOJ-led efforts have convinced the UNHRC to do away with a tighter investigation of the Duterte government, a “watered down” resolution slammed by even global human rights advocates.

The Philippines’ Commission on Human Rights said it still has not been given a copy of this partial report. 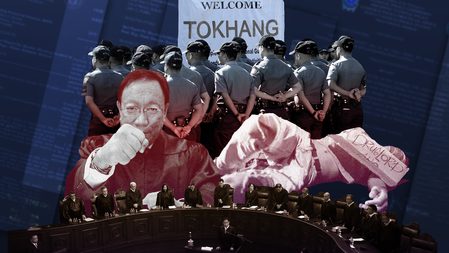