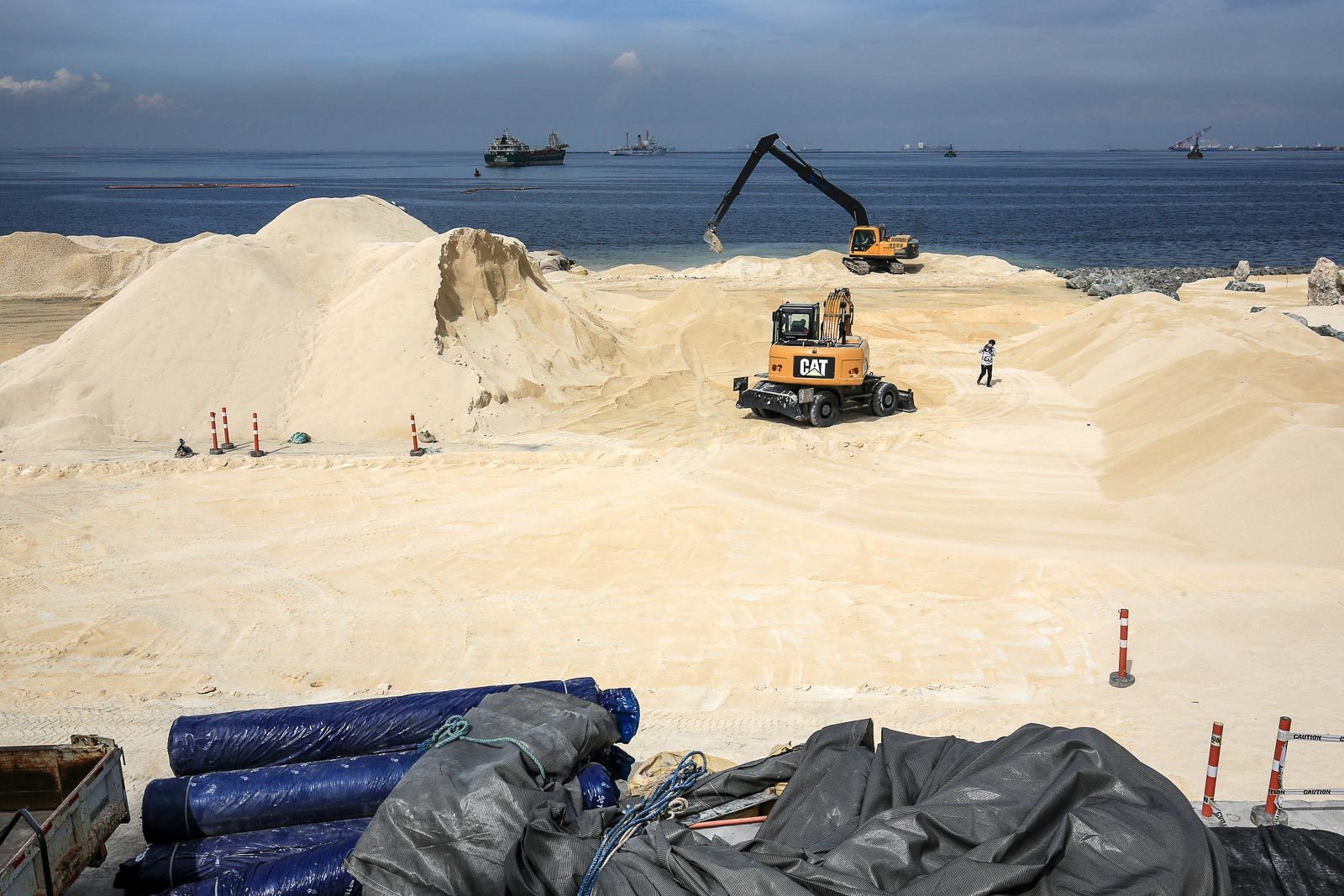 DOLOMITE. Workers dump newly-arrived dolomite sand on Wednesday, April 14, 2021, to expand the controversial 'Dolomite Beach' at the Manila Baywalk that is part of the government's P389M Manila Bay rehabilitation project.

“We did not want na ma-caught in the middle ang DENR for that project. Di ko manghilabot sa debate kung unsa na ang dolomite or whatever. If that was given clearance, then, we will allow. So, we allowed but at a very specific volume,” she said.

(We did not want DENR to be caught in the middle for that project. I won’t take part in the dolomite debate. If that was given clearance, then, we will allow. So we allowed but at a very specific volume.)

Garcia added that this was upon the request of Department of Environment and Natural Resources (DENR) Secretary Roy Cimatu. She expressed this exemption in a letter dated December 11, 2020 to DENR Undersecretary Jonas Leones.

Since then, 6 metric tons or 6000 cubic meters of dolomite have been shipped from Cebu Province to Manila. The Cebu governor emphasized, however, that they will be strict with the identified volume of dolomite that will be allowed for shipping.

There is currently a standing ban on extracting, processing, and transporting the tons of dolomite mined from the Municipality of Alcoy in Cebu Province.

The Cebu Provincial Government had earlier issued a cease and desist order to Philippine Mining Service Corporation (PMSC) and Dolomite Mining Corporation (DMC) for allegedly mining and selling dolomite beyond the agreed purpose. The Capitol also cited possible “ïrreversable” ecological damage as the basis for the ban.

“The extraction of dolomite minerals from Alcoy and the consequential damage it will cause the terrestrial environment of Cebu Island violate the Cebuanos’ constitutional right to a balanced and healthful ecology in accord with the rhythm and harmony of nature,” Garcia’s Executive Order No. 25 read.

Earlier this month, photos were released showing the resumption of filling operations in the Manila Baywalk, prompting the public to question the source of the mounds of artificial white sand. – Rappler.com