Philippine President Rodrigo Duterte’s spokesman is confident that the investigation into his drug war will stay stuck at the International Criminal Court’s pre-trial chamber and will never reach trial, much less lead to charges against officials.

Presidential Spokesman Harry Roque, on Thursday, September 16, said this is because the government will not cooperate with the probe hence it’s unlikely that ICC Chief Prosecutor Karim Khan will gather enough evidence to prove guilt. 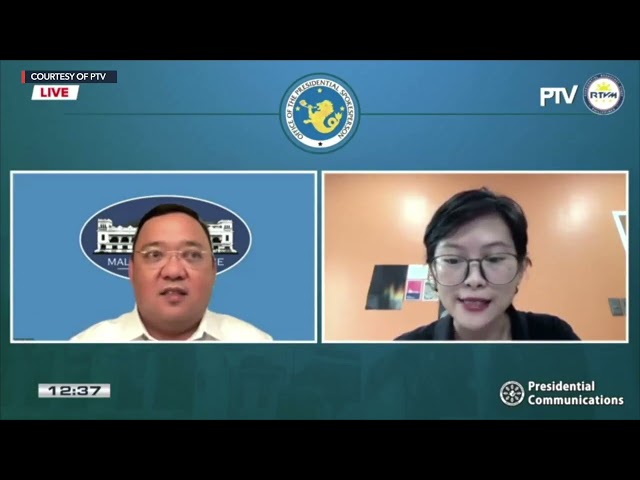 (My prediction is that case will sleep because of the absence of cooperation, especially on the part of the police, they will not gather any evidence.)

As to Duterte’s reaction to the ICC development, Roque said he had informed the Chief Executive of it right after his meeting with pandemic task force officials late Wednesday.

“The President had no reaction because, from the very start, the President said he would die first before facing foreign judges,” said Roque.

During the investigation, the prosecutor will seek arrest warrants or summonses against individuals who will be presumed to be the ones who will be put on trial.

This is the stage where it gets tricky. If those ordered arrested – for example, Duterte – are never arrested by the Court or they don’t turn themselves in, there can never be a trial because the ICC does not hold trials in absentia.

Supposing the individuals submit themselves to the ICC, the pre-trial chamber will make another determination to confirm the charges, and proceed to trial.

Asked why the Duterte administration won’t just cooperate to prove there are no human rights abuses in the anti-drug campaign, Roque said doing so would be an affront to the nation’s sovereignty.

The Philippines, however, had voluntarily ratified the Rome Statute in 2011 which made it a member of the ICC, membership that was only withdrawn by Duterte in 2018 after the court announced a preliminary examination into his drug war.

Roque rehashed Duterte’s and the government’s old arguments against ICC decisions, for example, insisting that the Philippine justice system is working.

The ICC pre-trial chamber, however, had determined that, based on submissions of the prosecutor, the government “failed to take meaningful steps to investigate or prosecute the killings.”

Roque’s only rebuttal was that the cases are slow-moving but so are the investigations by the ICC.

“That’s just the way it is,” he said, when asked if the government would henceforth create mechanisms to fast-track cases and investigations in the interest of justice.

Drug war victims and their relatives have found it difficult to file cases because of lack of access to police files or because they feared retribution from the government.

Roque also sought to downplay one determination of the pre-trial chamber that there is no way the drug war can be considered legitimate anti-drug enforcement because of the arbitrariness of the process of identifying suspects to target and the lack of recourse for affected persons to contest government accusations.

“That’s a preliminary assessment without the benefit of preliminary investigation and should not be given much weight and attention,” said the Duterte mouthpiece.

Last June, Roque had also been confident that the ICC pre-trial chamber would never greenlight a preliminary investigation into the drug war.

In this, he was mistaken. Media reports Roque dismissed as “hearsay” were noted by the chamber and served as part of its basis for saying the Philippine situation merits a closer look. – with a report from Lian Buan/Rappler.com