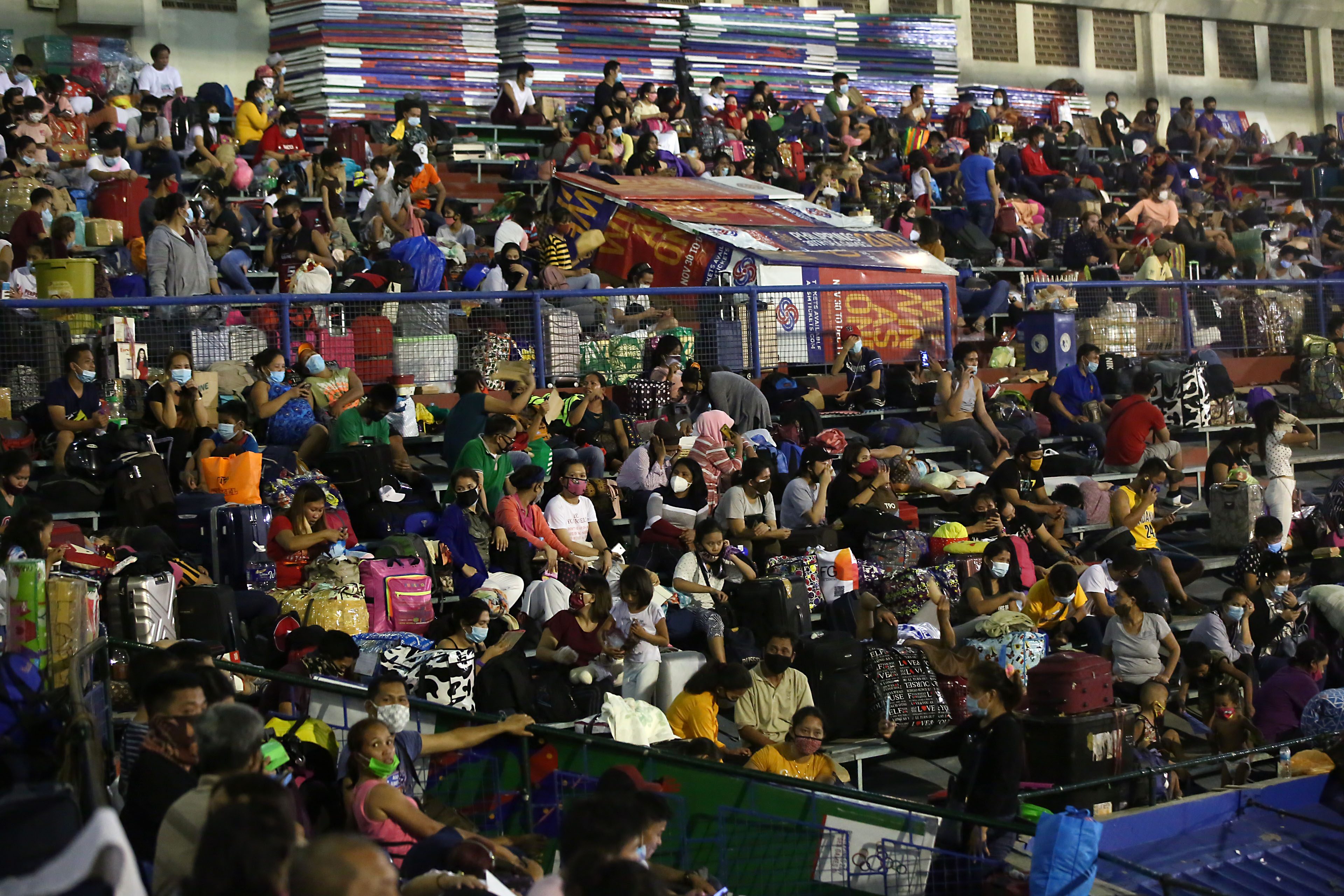 Despite the government’s “best efforts,” the huge number of stranded persons who flocked to the Rizal Memorial Sports Complex led to violations of the physical distancing rule for preventing the spread of COVID-19, said a coronavirus task force official on Saturday, July 25.

Joseph Encabo, lead convenor of Hatid Tulong, the government program for locally-stranded individuals (LSIs), gave this explanation for viral photos showing thousands of people packed in the sports stadium as they waited for trips back to their provinces.

“I just want to relay to everyone that in the past days, all those people were in the streets. They were rained on for two days, they were exposed to heat, and we had to make a decision in order to give proper shelter to our countrymen, LSIs, especially the senior citizens, the pregnant women, and children,” he said in Filipino, in a virtual press conference.

He said there was no way the Hatid Tulong technical working group could anticipate the huge number of people who insisted on waiting in the street for trips to the province.

While they made room for some 7,500 people, there were many more “walk-ins,” leading to the crowding at the stadium.

“With the huge number of LSIs, it can’t be avoided that, no matter how large our venue – we used a football field and baseball field of Rizal Memorial Complex – they’re really determined to go home today or tomorrow,” said Encabo.

“We hope the public understands that we are doing our best to follow the protocols and guidelines. They have masks; there is a santizing protocol,” he added.

What will happen to the stranded people?

The stranded people bound for Davao region and Soccsksargen are set to depart at 1 pm on Saturday while those going to Northern Mindanao, Agusan del Sur, and Agusan del Norte will be brought to ships at 5 pm.

While waiting for their trips, the LSIs are given food, water, and assistance from the Department of Social Welfare and Development and the Office of the President, said Encabo, who is also an official of the Presidential Management Staff.

He gave assurances that the stranded persons go through a medical protocols before leaving Metro Manila. Not all of them, however, go through the gold standard of COVID-19 testing, the swab test or reverse-transcription polymerase chain reaction (RT-PCR) test.

Those who test negative in the rapid tests will be given a travel authority to leave for their provinces.

It seems the government did not push through with its plan to require RT-PCR tests for all LSIs, as previously announced by testing czar Vince Dizon.

Now, it’s up to receiving local governments whether or not to require such tests for the returning LSIs. – Rappler.com