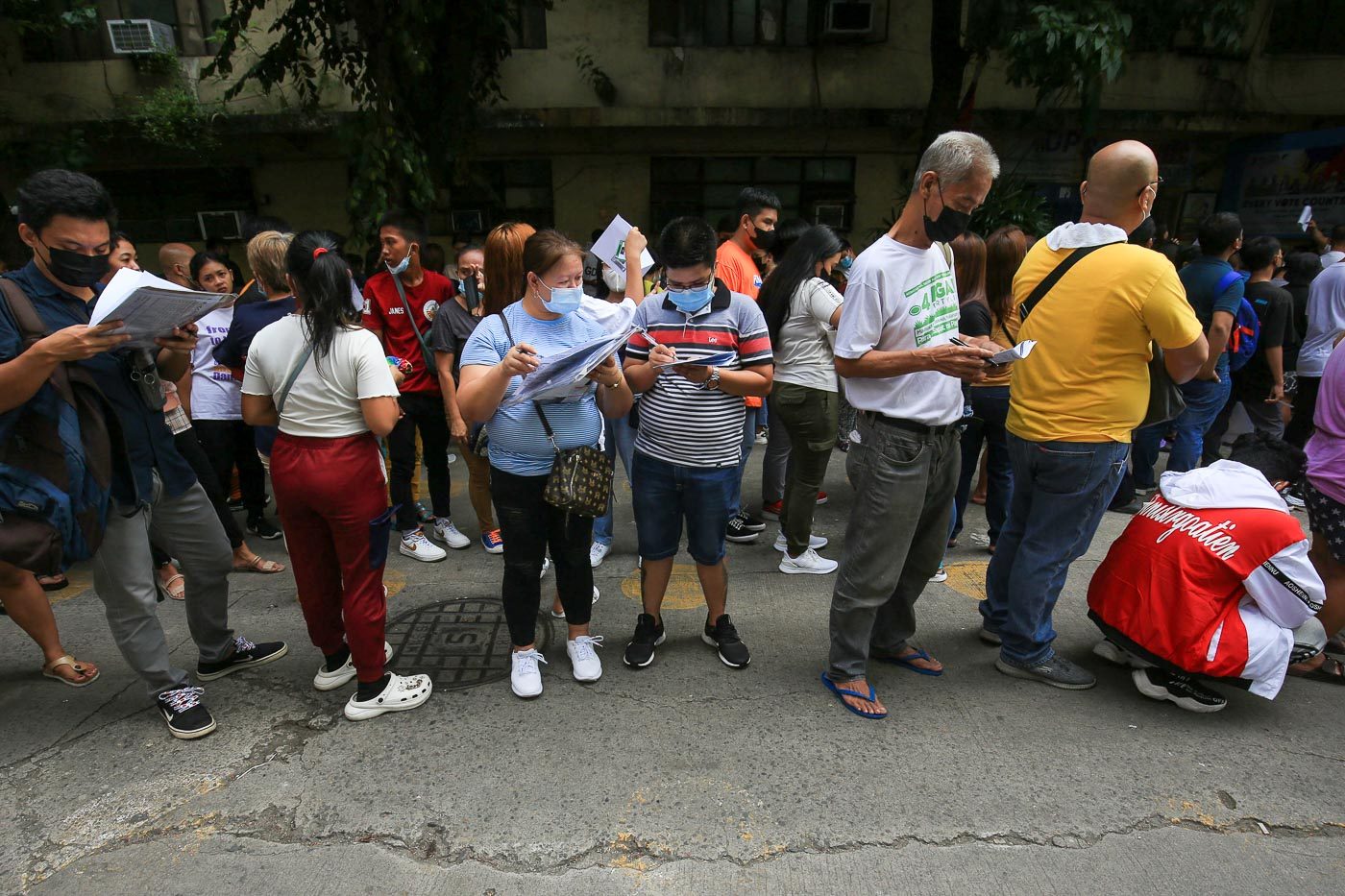 Facebook Twitter Copy URL
Copied
While the House has approved the bill moving the barangay elections to December 2023, the Senate has yet to pass a counterpart measure

MANILA, Philippines – A bill seeking to delay the conduct of the December 2022 barangay and Sangguniang Kabataan elections by a year hurdled the House of Representatives on third and final reading on Tuesday, September 20.

A total of 264 lawmakers voted in favor of the proposal, which resets the electoral exercise to the first Monday of December 2023. Six voted against the bill while three others abstained.

“Subsequent synchronized barangay and Sangguniang Kabataan elections shall be held on the first Monday of December 2026 and every three years thereafter,” House Bill No. 4673 read.

Lawmakers had wanted to postpone the elections for various reasons, such as to use the polls’ P8.4-billion budget for the pandemic, to allow continuity of operations at the barangay level, and to give the country time to “heal” after the divisive 2022 elections.

But Comelec Chairman George Garcia had said that even if the elections were postponed, the money already given to the poll body would not be returned to the executive department, as the commission has fiscal autonomy.

Delaying the polls by at least a year would also incur additional costs of up to P10 billion, Garcia added.

Poll watchdogs, meanwhile, have argued that deferring the barangay elections would deprive voters of their right to regularly change their leaders.

With a counterpart bill yet to hurdle the Senate, the Comelec has nonetheless continued its preparations for the elections. – Rappler.com