PASSED. The House bill seeking to extend the validity of firearm license hurdled the committee level on November 16, 2021.

The House committee on public order and safety on Tuesday, November 16, has approved the unnumbered substitute bill, which seeks to extend the validity period of firearm licenses.

The bill was a substitute to at least seven related bills, which have the same objective. The measure particularly seeks to amend section 7 of the Republic Act No. 10591 or the Comprehensive Firearms and Ammunition Regulation Act.

Under the proposed measure, the validity of licenses provided in section 7 shall be “renewed every five years reckoned from the birthdate of the applicant, unless sooner revoked or suspended.”

In addition, the Senate version also included that a person whose life is under threat can ask for a permit to carry firearms. A person in imminent danger due to the nature of his/ her profession, occupation, or business can also apply.

Based on the bill’s Senate version, the following are considered to be in imminent danger: 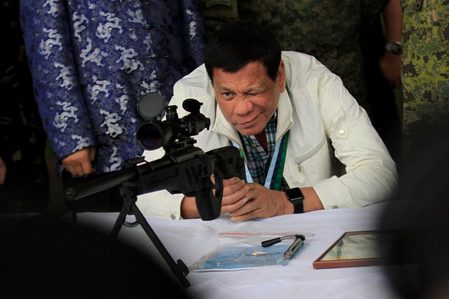 The discussion on firearms has circulated again back in June when President Rodrigo Duterte said he was “open” to arming civilian groups. The Philippine National Police (PNP) defended Duterte’s idea and said it was purely for protection.