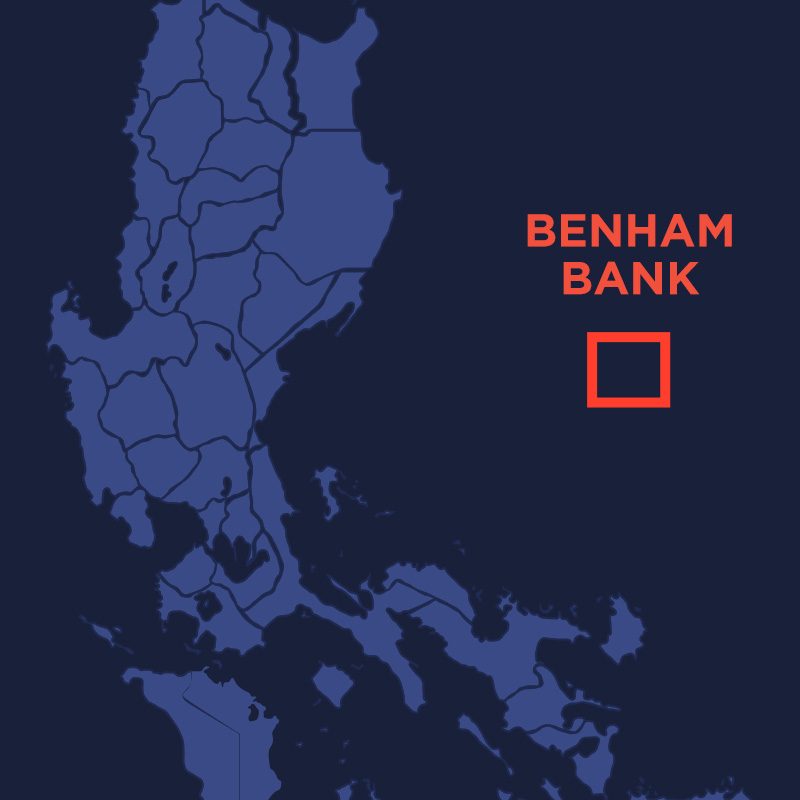 FOR PROTECTION. Rappler traces the coordinates that form the area the House bill seeks to protect in Benham Rise.

Facebook Twitter Copy URL
Copied
The bill seeks to declare 352,390 hectares as a protected area in Benham Bank, which lies east of Luzon

The House of Representatives committee on natural resources approved a bill on Wednesday, July 7, declaring Benham Bank in the Philippine Sea east of Luzon as a “protected area.”

The bill seeks to declare as a protected area the Benham Bank, a plot of the sea covering 352,390 hectares in Benham Rise.

Declaring the Benham Bank a protected area pushes the Philippine government to protect its interests in areas threatened by China’s expansionism.

While not in the West Philippine Sea, Benham Rise has become one of many sites of Chinese intrusion. A Chinese survey ship was spotted in the area at least twice from 2020 to 2021.

Benham Rise is potentially a rich source of natural gas and other resources such as heavy metals. It is about 2,000 to 5,000 meters deep, but remains largely unexplored. (READ: Filipinos conquer new territory: Benham Rise)

The bill also seeks to establish the Philippine Rise Marine Resource Reserve Protected Area Management Board (PRMRR PAMB). The DENR is envisioned to be the lead agency in the proposed law. The DENR Secretary would be the PAMB’s chairperson.

The PRMRR PAMB would then be “the sole policy-making body” of the PRMRR, or the Benham Bank protected area.

“The DENR Secretary, upon recommendation of the PAMB, may designate areas surrounding the PRMRR as buffer zones for the purpose of providing extra layer of protection where restrictions may be applied,” the bill adds.

Before the bill’s passage at the committee level, it was heavily criticized by Deputy Speaker Lito Atienza, saying that the protection of a portion of the Benham Rise would weaken the country’s position in protecting all of the areas it claims.

“Would it be to our advantage to limit the intentions of this bill to a small area when tomorrow, China becomes present again in that area and declare the area as part of their territorial, ancestral, historical whatever…” Atienza said.

For Biazon, the bill does not weaken the Philippine claim, but prods the country to “take advantage of the natural resources therein.” – Rappler.com