QUEUE. Voter applicants fall in line outside the Comelec office in Arroceros, Manila on July 8, 2022 to register for the December 2022 barangay elections.

Facebook Twitter Copy URL
Copied
Under the substitute bill, the next barangay elections will be held in December 2023. The proposal is still subject to the House plenary's approval.

MANILA, Philippines – A substitute bill seeking to move the December 2022 barangay and Sangguniang Kabataan elections to the first Monday of December 2023 hurdled the House suffrage and electoral reforms panel on Thursday, August 25.

Eleven lawmakers formally voted yes and no one voted no on the proposal to defer the conduct of this year’s polls, although Kabataan Representative Raoul Manuel submitted a dissenting opinion. The committee report was subsequently approved.

“Subsequent synchronized barangay and Sangguniang Kabataan elections shall be held on the first Monday of December 2026 and every three years after,” the bill read. 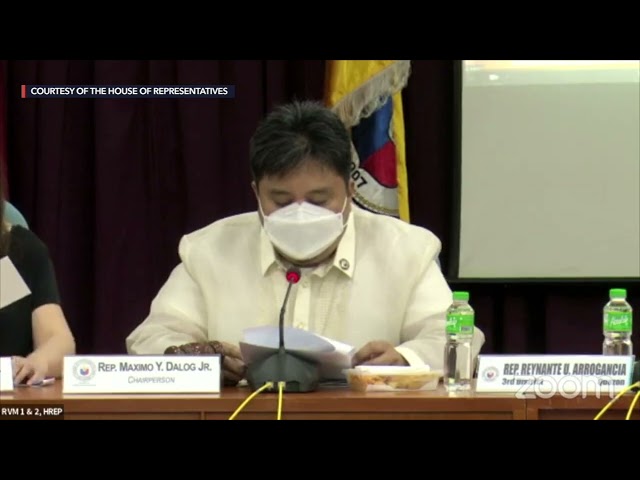 Last week, the same committee voted to approve individual bills on the postponement of the polls after an hours-long inquiry, in which the Commission on Elections (Comelec) warned lawmakers that delaying the December elections by another year would mean additional costs of at least P5 billion, on top of its original budget worth P8.449 billion.

During the Senate electoral reforms panel hearing on Tuesday, August 23, Comelec Chairman George Garcia revised the figure, saying that after re-computation, the estimated additional budgetary requirement would be around P10 billion if the polls were moved to December 2023.

The poll body had said postponement would mean resumption of the continuing voter registration, which would result in more logistics needs. The commission also took into consideration the teachers’ calls for an increase in their honorarium.

Previously, arguments cited by House lawmakers in favor of postponement included the need to save government money for pandemic response, and to allow the country to “heal” after a divisive May 9 elections.

Watchdogs have vehemently opposed the postponement of the December polls, saying a deferment would deprive voters of their right to choose their new leaders, among other things. The barangay polls in the Philippines have been postponed time and again. The October 2016 elections was first moved to October 2017, then again deferred to May 2018, when it finally pushed through.

The subsequent barangay elections scheduled in May 2020 was also postponed to December 2022. – Rappler.com