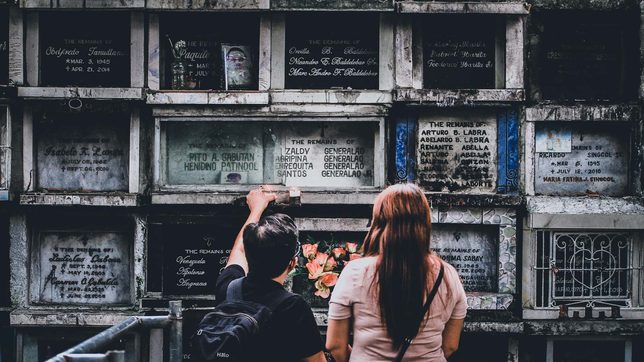 CEBU CEMETERY. Residents visit their loved ones at a cemetery in Cebu City

“They have denied our exemption,” acting Cebu City Mayor Mike Rama told reporters during a press conference on Tuesday evening. “For the people of the city of Cebu, we will definitely close the cemeteries. We are expected to resume opening up after November 2,” he added.

Rama appealed to keep Cebu City cemeteries open despite a directive from the national government to close cemeteries to prevent overcrowding and control the spread of the coronavirus. He said he learned of the denial through a phone call with Cabinet Secretary and IATF co-chairperson Karlo Nograles.

“The resumption of all stakeholders on Oplan Kalag-kalag to continue to perform as they have been expected after November 2,” the acting mayor said.

“Oplan Kalag-kalag” refers to the city’s regulation of its cemeteries, which began on October 18.

Only fully-vaccinated individuals would be allowed to enter the cemetery when these reopen from November 2 to 5.

Police officials encouraged residents to carry their vaccine cards with them when they go to the cemeteries on these dates.

Cebu City was placed on Alert Level 2, the lowest quarantine status on October 20, after reporting a significant decrease in COVID-19 cases.

Rama released his Directive No. 10-25-01, the local rules governing the new alert level, on October 26.

Among the changes include scrapping RT-PCR swab test requirements for incoming domestic travelers and the reopening of cinemas.

Cebu City reported its lowest positivity rate following the Delta surge on October 20 with only 14 out of 1,039 testing positive for the virus, for a daily positivity rate of 1.35% – well within the World Health Organization’s 5% benchmark.

The city hoped to increase its number of individuals vaccinated against COVID-19 since supply was now sufficient enough to vaccinate all eligible individuals in the Central Visayas.

As of this writing, only 46.14% of eligible Cebu City residents are fully vaccinated against the coronavirus disease.  – Rappler.com