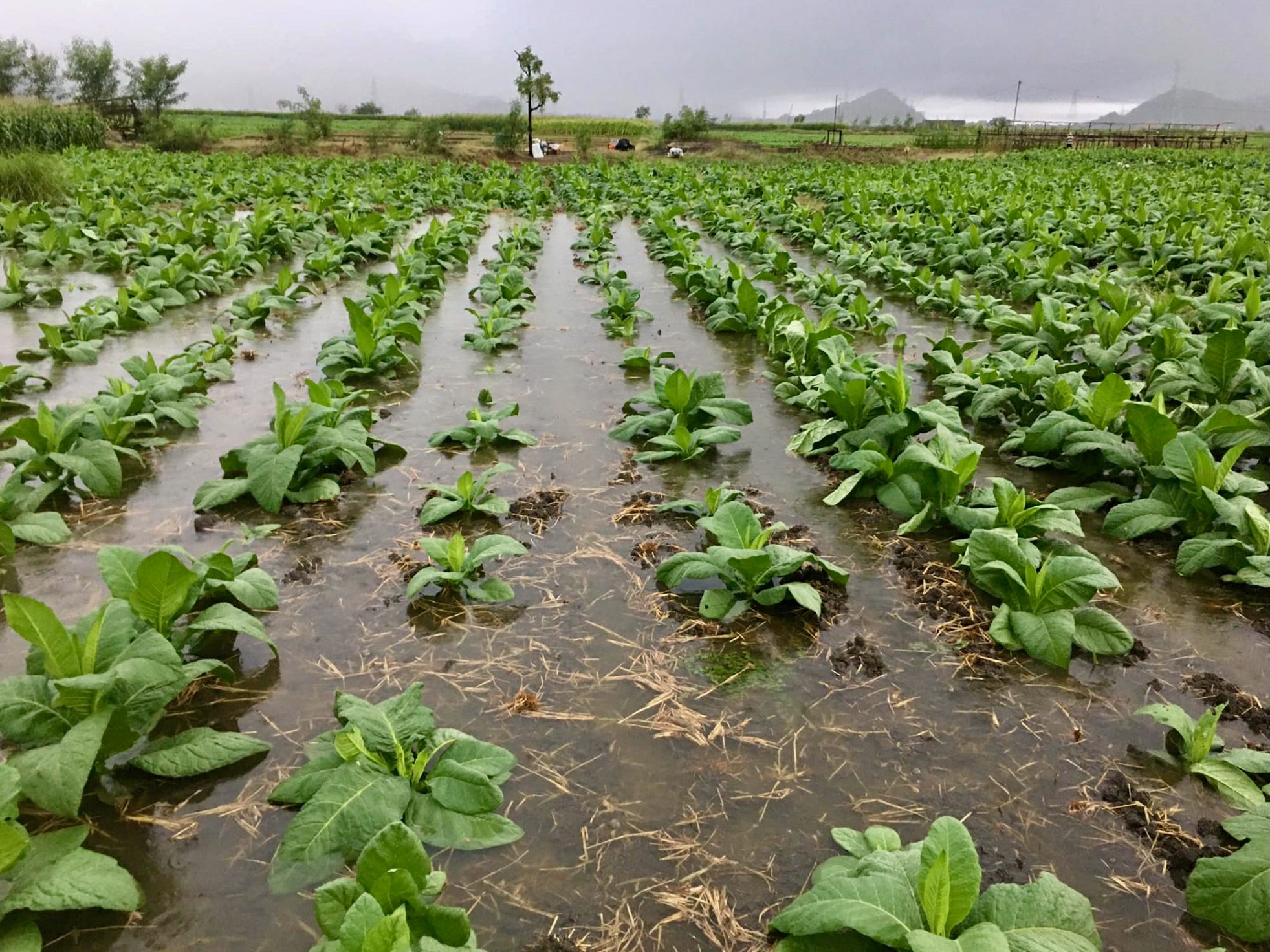 Facebook Twitter Copy URL
Copied
'Local governments should immediately assist farmers because even if we can harvest some leaves, it will not be enough to recover our expenses,' says NAFTAC chairman Bernard Vicente

“Local governments should immediately assist farmers because even if we can harvest some leaves, it will not be enough to recover our expenses,” National Federation of Tobacco Farmers Association and Cooperatives (NAFTAC) chairman Bernard Vicente said in Ilokano on Tuesday, February 1.

Reports from members are still pouring in following the January 29 and 30 rains, he said, with many farmers worried about not having enough yield to break even and pay their debts.

The NAFTAC president said local government units (LGUs) should have no problem with funding aid because of the billions of pesos in tobacco excise tax shares.

The rains came when most of the plants were in their vulnerable vegetative phase, the period before harvest where the leaves develop.

This year’s crisis is a repeat of the incident January 2021, when Ilocos Region and Abra province in the Cordillera Administrative Region experienced three days of off-season rain that affected 1,206 hectares of tobacco farms. According to the National Tobacco Administration (NTA), farmers incurred P77 million worth of damage due to the 2021 deluge.

Billions in tax shares, tied up in debt

The government earns about P1.25 million excise tax from a hectare of land planted with Virginia tobacco, Vicente said.

Fifteen percent of this would be the LGU share under Republic Act No. 7171, he pointed out.

RA 10351 also allots 15% of excise duties from native and Burley tobacco to LGUs.

In November 2021, the Department of Budget and Management ordered the release of the P46.08-billion LGU share from the government’s 2018 and 2019 tobacco excise tax collection.

“Every year, we borrow our production capital from the cowboys (the local term for middlemen) and trading centers under their contract growing scheme,” he said in Ilocano in an interview on February 1.

He urged local officials to intervene and look into extending the period for debt payments and condonation of interests “to give us time to pay and room to breathe.”

“Besides the continuing crisis from the pandemic, many of us have yet to recover from last year’s rains that also destroyed our tobacco. Unless our officials find ways to help us with our production debts, many of us will again be left [with] nothing for our families,” he added.

Vicente said officials should also look into the possibility of a resolution appealing to private lenders to consider postponing the collection of interest or restructuring the loans.

He urged NTA to fast-track damage assessment, provide assistance, and suspend collection of payments for those under its contract growing program.

NTA Administrator Robert Seares Jr. has ordered their branch offices to assess the damage after photos of flooded farms on Facebook reached his office.

Tobacco is the only crop with a floor price, determined through the National Tobacco Tripartite Conference (NTTC). NTA convenes NTTC every two years where farmers and traders’ representatives negotiate. – Rappler.com