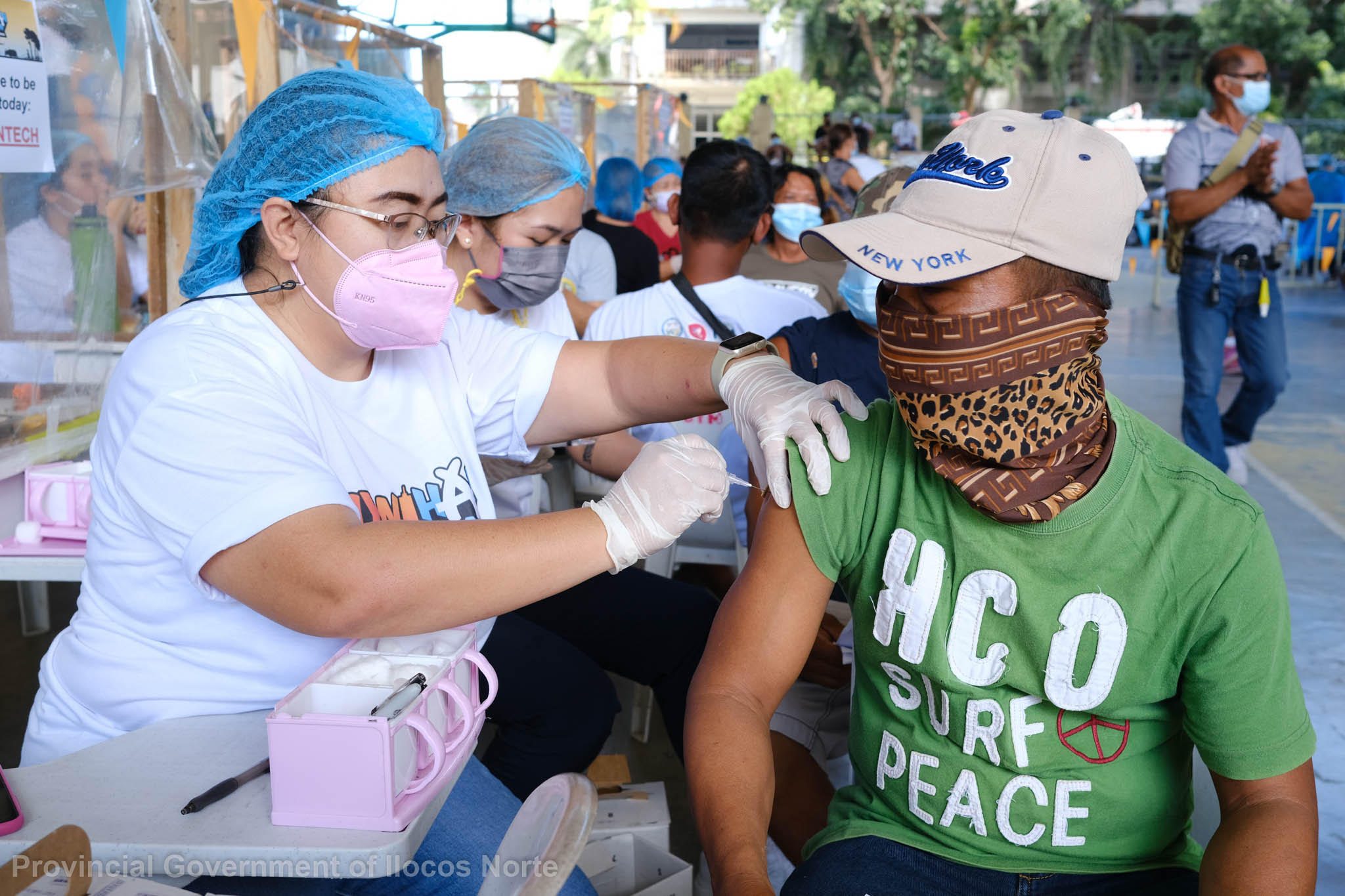 SAN FERNANDO CITY, Philippines – Ilocos Norte province is keeping its doors open only to vaccinated travelers in a move to keep the tourism industry afloat after being battered by pandemic-induced losses in the past two years.

“We are not suspending leisure travel but we ask for strict compliance [with health and border] guidelines so we can all be safe together,” the Ilocos Norte tourism office (INTO) said in an advisory on Friday, January 7.

On January 5, Ilocos Norte reimposed COVID-19 testing requirements for all inbound travelers, regardless of their vaccination status, and tightened rules on internal movement to protect the province against the threat of the spreading Omicron variant.

Governor Matthew Marcos Manotoc said the provincial government has no plans of shutting down tourism but would consider doing so if “factors on the ground” make it necessary.

As the tourism industry tries to sustain its gains amid the threat of the Omicron variant, Manotoc said the provincial government would address the impact of infections on establishments in a “measured, cautious, and nuanced” manner as thousands of livelihoods and jobs of residents are at stake.

Since January 1, active COVID-19 cases in the province jumped to 263 from only 13 active infections on the last day of the year, data showed.

With the updated guidelines for leisure travelers, unvaccinated visitors have been barred by the provincial government from the province.

Tourists, whether fully or partially vaccinated, must carry with them a negative antigen test taken 24 hours before travel to Ilocos Norte or they could take the test upon arrival at the border. They also have the option to present negative reverse transcription-polymerase chain reaction (RT-PCR) tests within 60 hours before arrival, according to INTO.

As part of the tightened rules, tourists are only allowed to stay in accredited accommodation facilities and should register at an online contact tracing facility. Tourists who complete their registration and are cleared by a medical triage at the border would be given a “green card” which should be shown in tourism establishments and attractions in the province to be allowed to enter.

The provincial government would shoulder the border testing of all registered tourists staying for at least two nights, INTO said.

As a primary driver of growth, Ilocos Norte’s tourism industry is still reeling from the effects of massive lockdowns in the past two years even after the province fully reopened to tourists in September.

“We are recovering very slowly and surely and we don’t see in the short term a hundred percent recovery in tourism numbers but we are excited to build back better,” said Raquel.

Tourist arrivals in the province started to pick up during the “Undas” break which raised local officials’ hopes that the industry could finally start recovering from pandemic-induced losses which reached at least P17.8 billion.

On January 2, the province received its highest tourist arrivals in a single day since the start of the pandemic, at 2,900 tourists which comprised day visitors from neighboring provinces, according to Raquel.

Since the pandemic broke out in 2020, tourist arrivals had plummeted, said provincial tourism officer Aianree Raquel on Friday. “If we go back to the pre-pandemic numbers [on tourism arrivals], we are at negative 88.23%,” Raquel said.

In 2019, over 3.8 million tourists visited the province. Raquel said tourism workers in the province have started to get booster shots against COVID-19 after “100%” of the 2,500 eligible individuals in the industry were fully vaccinated. – Rappler.com