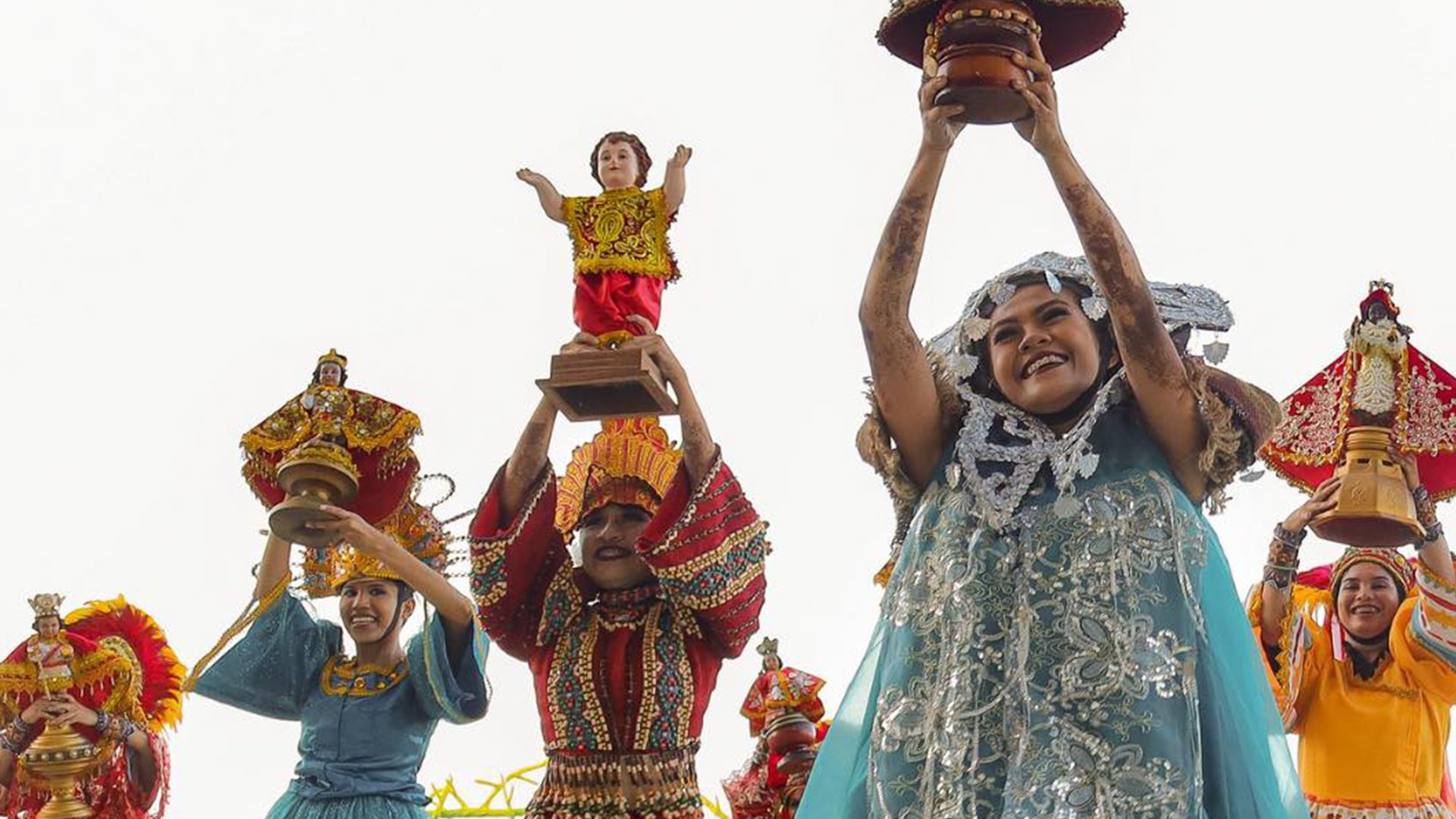 A scene from the Dinagyang Festival 2022's virtual performances.

Facebook Twitter Copy URL
Copied
This is the second year that the Dinagyang Festival is held in an almost all-virtual mode, with some live events broadcast via social media

The theme of the 2022 edition of the Dinagyang Festival is “Padayon Iloilo! Upod kay Senor Sto. Niño” and it focused on three ‘Fs’: Foundation, Faith, and Future. These reflected the Ilonggo culture and values coupled with devotion to the Sto. Niño de Cebu.

The highlight of the Opening Salvo was the performance by the seven tribes participating in this edition’s tribal competition.

The tribes for this year’s tilt were named after the seven core values espoused by the festival. These were:

Attending the opening program were officials from the Iloilo City government, the Iloilo Festivals Foundation Incorporated (IFFI), and from other organizing and supporting groups.

Iloilo City Mayor Jerry Treñas said that the festival symbolized unity and strength amid the onslaught of the COVID-19 pandemic.

“I am happy that even with our high number of [COVID-19] cases, we continue to celebrate the Dinagyang Festival. [The] festival has shown to be a manifestation of the unity and the strength of the Ilonggo people,” said the mayor in his recorded message.

Iloilo Governor Arthur Defensor Jr. also gave a recorded message, saying that the festival was an opportunity to be thankful to the Señor Sto. Niño amid the continuing challenges brought about by the pandemic.

“Dinagyang Festival is not just about fun and revelry, but a testament of our devotion to the Child Jesus. Despite the many challenges, we still have to be thankful that we are given the chance to celebrate our devotion to Señor Sto. Niño,” the governor said.

IFFI president Ronald Sebastian said that not even the COVID-19 pandemic could stop the city and province of Iloilo from celebrating the decades-old festival.

“We’ve always anticipated the Dinagyang because we want to witness the dancing tribes performing with their garb, together with other vibrant activities in Iloilo [City]. We’ve enjoyed celebrating Dinagyang with family and friends, enjoying our vast cuisine here, but since the pandemic, that just faded. But that did not stop us in our devotion to the Senor Sto. Niño. That is the reason why that even last year, we still had our Iloilo Dinagyang [celebration],” Lacson said in his opening remarks.

Sebastian also said that the seven core values at the center of the festival’s theme united the Ilonggos amid the pandemic.

“These seven values are what we see as the core values of Ilonggos, [reasons] why we are still here, because we are united. [Like in Black Panther], several tribes in one location, but when challenges arise, we unite, and that is one value of us Ilonggos. We all are united because we all love our city and we all love each other. So this year, we are emphasizing that,” he added.

This is the second edition of the Dinagyang Festival which would be almost all-virtual, with some live events broadcast on social media and via media partners.

Last year’s One Dinagyang Tribes Digital Presentation had a total of 566,600 views via Facebook, and views of digital side events ranged from 51,000 to 126,000 according to the Iloilo Dinagyang page.

Organizers for this edition include the IFFI, the Iloilo City Government, and the San Jose Parish Placer, with support from the Iloilo provincial government and the Department of Tourism-Western Visayas, and other private partners.