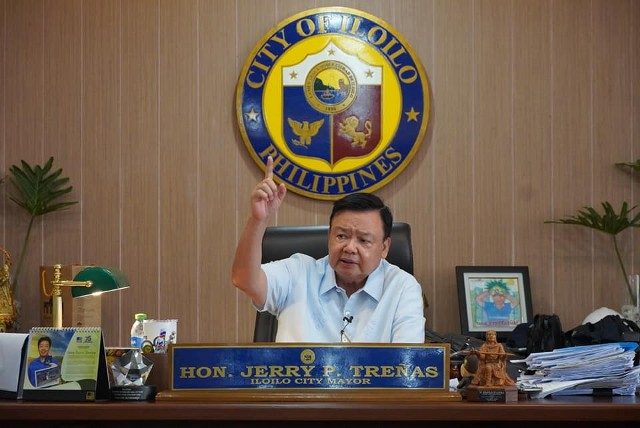 Former councilor Plaridel Nava and Treñas’ election rival, broadcaster Jun Capulot, filed complaints for grave abuse of authority, grave misconduct, and conduct prejudicial to the best interest of public service with the Office of the Deputy Ombudsman for the Visayas on March 25. The complaints were over the city’s supplemental budget and an excess in COVID-19 vaccines.

The complaint also imputed a P1.7 billion loan contract with the Development Bank of the Philippines, as well as procurement of vehicles for city councilors.

Treñas said the P438-million supplemental budget, which was approved by the city council this month, was reviewed by the city government offices of the Treasurer, Planning, Budget, and Accounting, as well as the council’s committees on appropriations and finance.

He also reiterated his previous statement that it would still require a nod from the Department of Budget and Management, and would be restricted by the election ban, which started on March 25.

In a radio interview prior to a press conference on March 28, he said the city government earned a P400-million revenue surplus in 2021, which was used for the said supplemental budget.

“Even if it has been approved by the DBM, we cannot release the items falling under the election ban. As of now, the election ban has set in on March 25, and we could no longer [approve infrastructure], we could no longer appoint and transfer employees. Our City Accountant is very strict, and funds could not be released if there are restrictions, and at the same time, there is a post-audit with the [Commission on Audit],” the mayor explained.

As to the supply of COVID-19 vaccines, the mayor said these were purchased due to the urgency of the pandemic.

Data obtained by media from the City Health Office earlier this month indicated that the city has received a total of 183,300 doses of the AstraZeneca vaccine as of Dec. 28, 2021, out of 600,000 that it had procured.

Iloilo City has already fully-vaccinated all of its eligible adult population, 89.36% of teens, and 66.2% of its senior citizens with supply from the national government, hence the oversupply of vaccines created by the tripartite deal with AstraZeneca signed late 2020.

“We all tried to look for [COVID] vaccines at the time we need them. I am only so sad that it’s their mentality. That means that they wouldn’t buy that, and they would only let the Ilonggos die. But I cannot do that. If I had resources, I would look for funds to buy the vaccines,” he said.

The Iloilo mayor believes that the charges against him were baseless, saying that he would answer when officially requested.

“I’ve been mayor for 12 years already. I don’t need to be taught what I can and can’t do. At the same time, I am a lawyer of good standing,” Treñas said. “I am ready to make sure that everything that Iloilo City will do will be legal and within the bounds of the law, and we will make sure that no one would be affected,” he added. – Rappler.com