Election season in Iloilo City wouldn’t be the same if the name “Mel Carreon” didn’t crop up among prospective candidates. A regular on the first day of the filing of certificates of candidacy (COC), the 80-year-old Carreon popped up again in this pandemic election year, unfazed by events or the string of losses he had notched since 1992.

Carreon filed his COC as a city council aspirant for his 11th straight election with the Commission on Elections (Comelec) in Iloilo City on October 1. He told journalists his “mission” and “destiny” to serve the city remains strong because of his grandfather’s legacy.

Carreon has always gotten the Comelec’s nod, though he’s had near misses, because he has known advocacies and presents a clear platform of goals.

These include lowering or slowing down the increase of water utility rates, adding more stalls in comfort rooms, prohibiting interruptions of escalators in malls and other public establishments, and reviewing other building ordinances.

He has campaigned through 10 elections without seeking campaign patrons.

“Since 1992, for the past three decades, I haven’t asked anyone for anything. I can do it on my own,” he said. 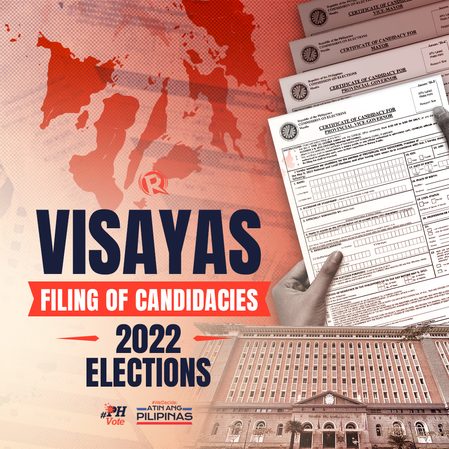 Carreon first ran for city council in 1992 and has since targeted different  posts.

He first challenged Jerry Treñas, then a city councilor in 1998 for the mayoralty. Both lost to the incumbent at the time, Manuseto Malabor.

He and Treñas faced off again in 2001, with the latter winning. In 2004, Carreon made his first attempt for the city’s lone congressional district seat but lost to Raul Gonzalez Jr.

He tried his luck at filing a COC for president in 2009, something which he called a diskarte (strategy), but ultimately withdrew and tried his luck again, applying to run for vice mayor for the 2010 polls.

Here, Carreon faced off with two incumbent city councilors at the time, Julienne Baronda and Jose Espinosa III. Espinosa would go on to win.

Carreon made two tries for city council again in 2013 and 2016, but his votes were still not enough to make it.

In 2018, Carreon grabbed the attention of the national media as he filed his candidacy for senator for the 2019 elections. But just like in his 2010 try, he withdrew and instead eyed the mayoral position once again.

“My candidacies in 2010 and 2019, those were just my strategies, filing my candidacy in Manila, but I withdrew. One of the rules of the Comelec is that there should be legal withdrawal, because the Comelec here in Iloilo would not accept me,” he said.

“When I filed for President in [2010], the Maguindanao massacre happened, so I withdrew,” he said.

He faced off with old foes Treñas and Espinosa, the former in his last term as lone district representative, and the latter assuming the mayoral post in 2017 after then-Mayor Jed Mabilog was dismissed by the Office of the Ombudsman.

‘Starsky and Hutch’ gets a TV reboot Treñas would ultimately return to city hall, with Espinosa and Dr. Pacita Gonzalez trailing him, and Carreon ultimately finishing fourth.

He told Bombo Radyo Iloilo in March that he would vie for the city’s congressional seat again, where he would be facing old rivals Baronda and Espinosa.

Asked why he settled for his fifth city council run, Carreon shrugged off the question and instead talked about his family’s political “bloodline.”

He said his grandfather, Valentin Carreon, served as municipal president of the neighboring Oton town. An online check by Rappler led to US War Department records showing Valentin was appointed as a justice of the peace in Oton.

“It is my mission. It is my destiny. Our bloodline from Oton is full of politicians, especially my grandfather. Even without logistics, even without money, it is my mission,” he explained. – Rappler.com