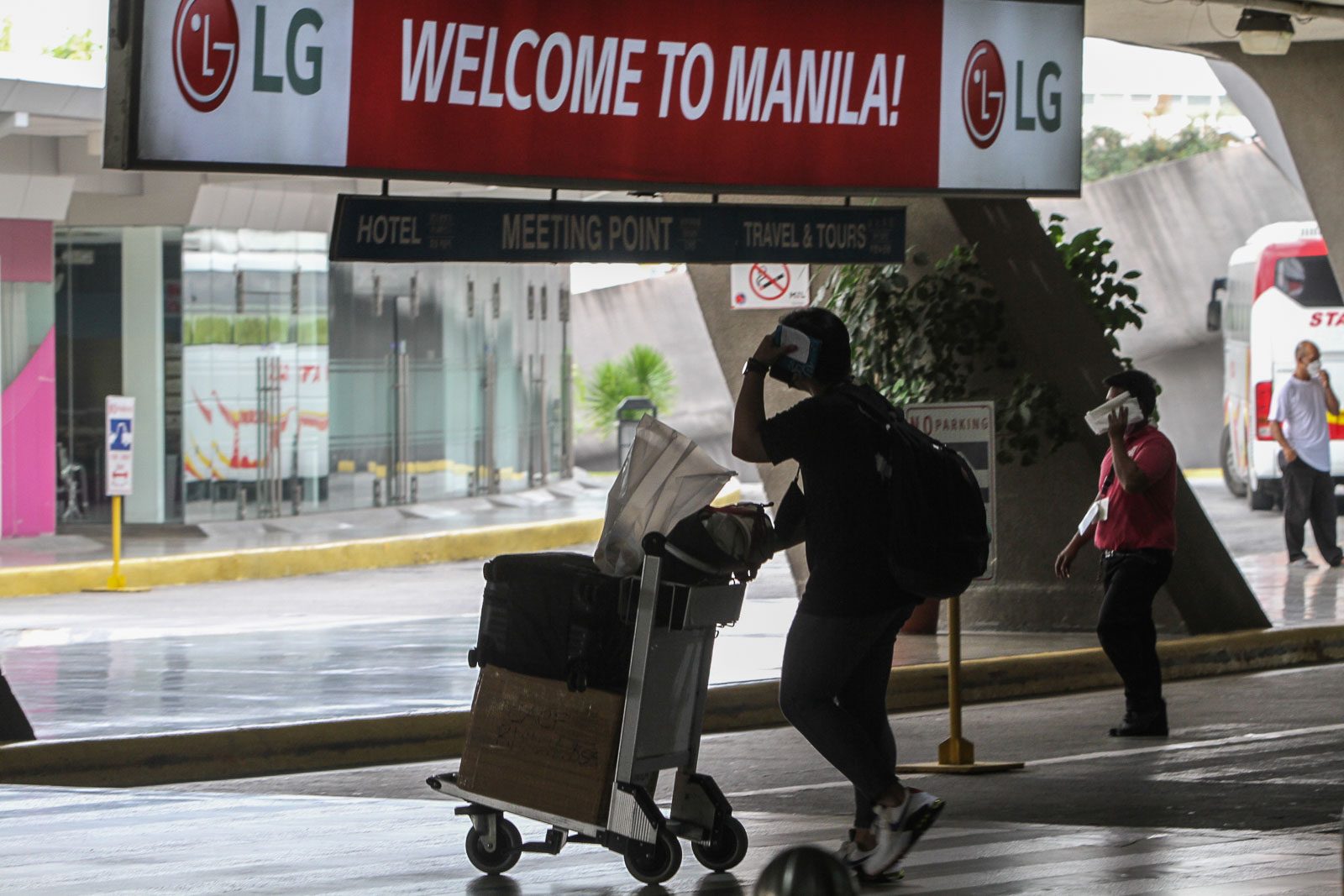 TRAVEL. In this file photo, balikbayans arrive at the Ninoy Aquino International Airport.

Tansingco’s directive comes days after victims of this scheme testified before the Senate, saying they were trafficked to Myanmar using bogus BI papers and “escorted” by alleged airport personnel.

“We are investigating several victims of a trafficking syndicate that entices our kababayans to work abroad as call center agents, only to be transported to a third country to work as online scammers,” Tansingco said.

In a Senate hearing on Tuesday, November 29, a victim said he was able to skip the immigration line and other processes through fake IDs and immigration “escorts.”

Earlier, Senator Risa Hontiveros revealed that 12 Filipinos, who were promised jobs in Thailand, were trafficked into Myanmar’s Shwe Kokko district by a Chinese mafia and forced into a cryptocurrency scam.

Tansingco said airport security and the police have also encountered similar cases. “We are trying to see if these two cases are linked.  This is already a big security issue, and we see the need to refer the matter for a thorough investigation, together with local law enforcement agencies and the MIAA,” he added.

Another female victim bound for Kuala Lumpur who was intercepted last November 16, carried a forged access pass when she attempted to enter the airport employees’ entrance.

The victim’s passport and boarding pass also included fake stamps. She said these spurious items were handed to her before entering the airport.

BI spokesman Dana Krizia Sandoval said: “Hearing the statement of the victims, it seemed like their departure was facilitated by someone from outside BI. Fake stamps were impressed on their passports, which were given to them outside airport premise.” – Rappler.com