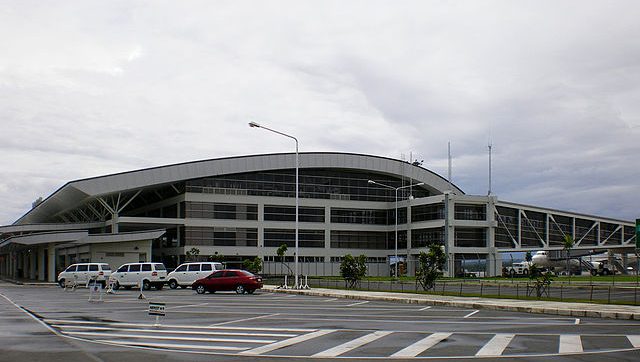 ILOILO AIRPORT. The exterior of the Iloilo International Airport.

The travel curtailment is part of the “hard lockdown” that Treñas will implement starting Wednesday, August 3.

The mayor also ordered the temporary closure of “non-essential establishments” unrelated to food and medicine, and a total liquor ban.

Treñas announced the new directives before the release of an executive order detailing mandates under the city’s enhanced community quarantine (ECQ).

“The country is grappling with a new surge in cases, and the only shared emotion is uncertainty,” the mayor said in a separate Facebook post.

“It is a heartbreaking time for the Filipinos as we try to recover while the virus continues to threaten the lives of everyone. The limited vaccines, severe lack of medical staff, and limited health facilities are just a few of the serious hurdles that we are facing.”

“We must make a difficult decision between economic recovery or sparing lives,” Treñas said. “It had been a very hard decision for your local leaders but in order to stop the super spreader, Delta variant, we must be strict with the protocols.”

Aside from a negative RT-PCR test result, travelers to Boracay need to show  a confirmed booking from a registered establishment, round-trip travel details and the S-Pass travel coordination permit.

Aside from presentation of the S-Pass and local QR codes, the section on border controls includes an order for barangay tanod health patrols to immediately inform municipal health teams of new arrivals.

It directs all returning overseas Filipinos to submit a Bureau of Quarantine certificate and attached negative RT-PCR swab test result and their vaccination card.

Citing IATF Resolution 124-B, the governor said fully vaccinated senior citizens will be allowed outside their homes if they present their vaccination card or a certificate from the Bureau of Quarantine.

Due to the ECQ in Metro Manila and MECQ in Cebu, dozens of flights bound for – and departing from – the Queen City have been canceled in August.

Cebu has been vocal against placing the entire island under the strictest quarantine. Cebu Governor Gwendolyn Garcia appealed the province’s MECQ status and successfully petitioned the national IATF to shift its classification to general community quarantine (GCQ) with heightened restrictions.

Cebu City and province have not made any additional requirements for domestic travelers who need to enter the island.

Coming to Cebu City? These are documents you need See the following announcements from the Mactan International Airport Facebook page for more information on the canceled flights.

– with a report from Ryan Macasero/Rappler.com