MANILA, Philippines — Tensions rose as members of the local government demolition team with the Quezon City Police District (QCPD) clashed with informal settlers defending their homes in Barangay South Triangle in Quezon City on Tuesday, May 5.

More than 200 informal settlers are currently living in the area.

Residents tried to fend off the entry of the police securing the area by throwing human feces, urine, and stones, heightening the tension between the two groups.

Residents tried to block the shields of the members of the QCPD as the latter neared the row of houses. Firetrucks from the Bureau of Fire Protection (BFP) was on standby to disperse further tension. 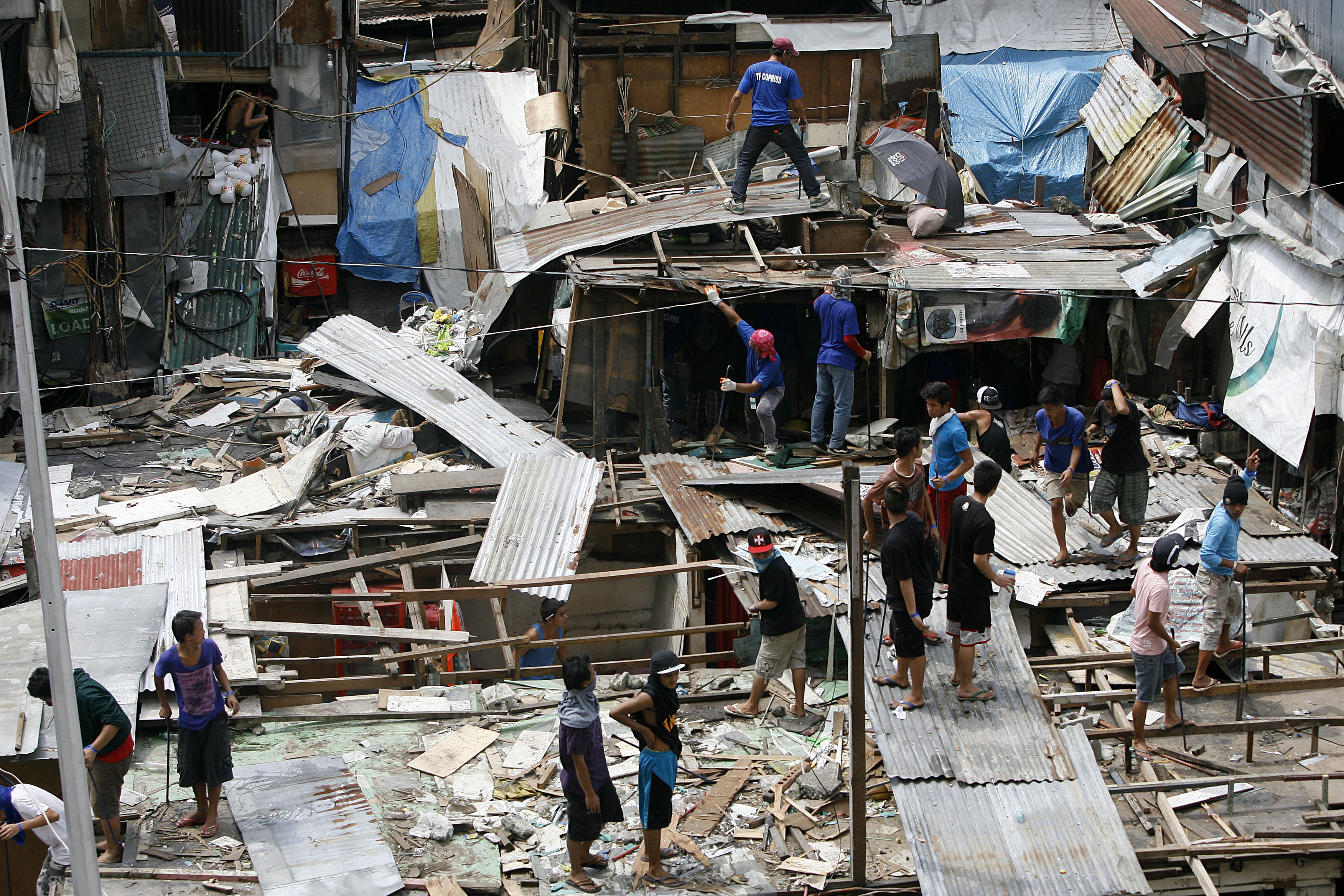 DEMOLISHED. The homes of the more than 200 families in Mother Ignacia Street after the operations.

Some of the residents were injured in the clash, while some members of the media  were hit by the human waste hurled by the residents.

Residents were reportedly given two months notice to vacate the area, and would be relocated to a site in Pandi, Bulacan.

After the brief tension, members of the demolition team managed to penetrate the area and began dismantling some houses made of light materials.

The residents could not do anything but watch their homes being torn apart by the demolition team. They loaded their possessions on trucks provided by the National Housing Authority to be transported to their relocation site. 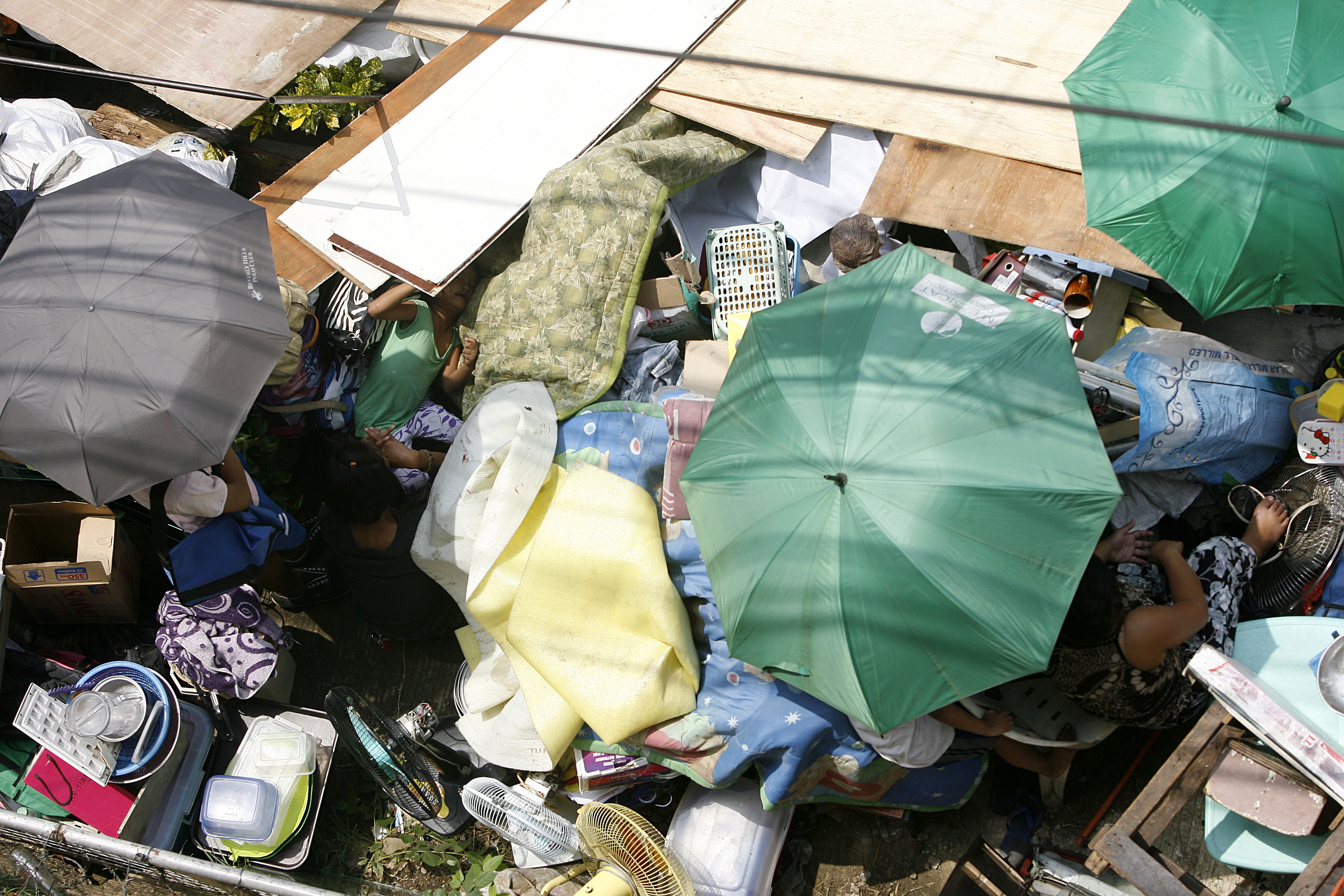 BULACAN-BOUND. Residents collect their belongings after the demolition as they prepare to move to a relocation site in Pandi.