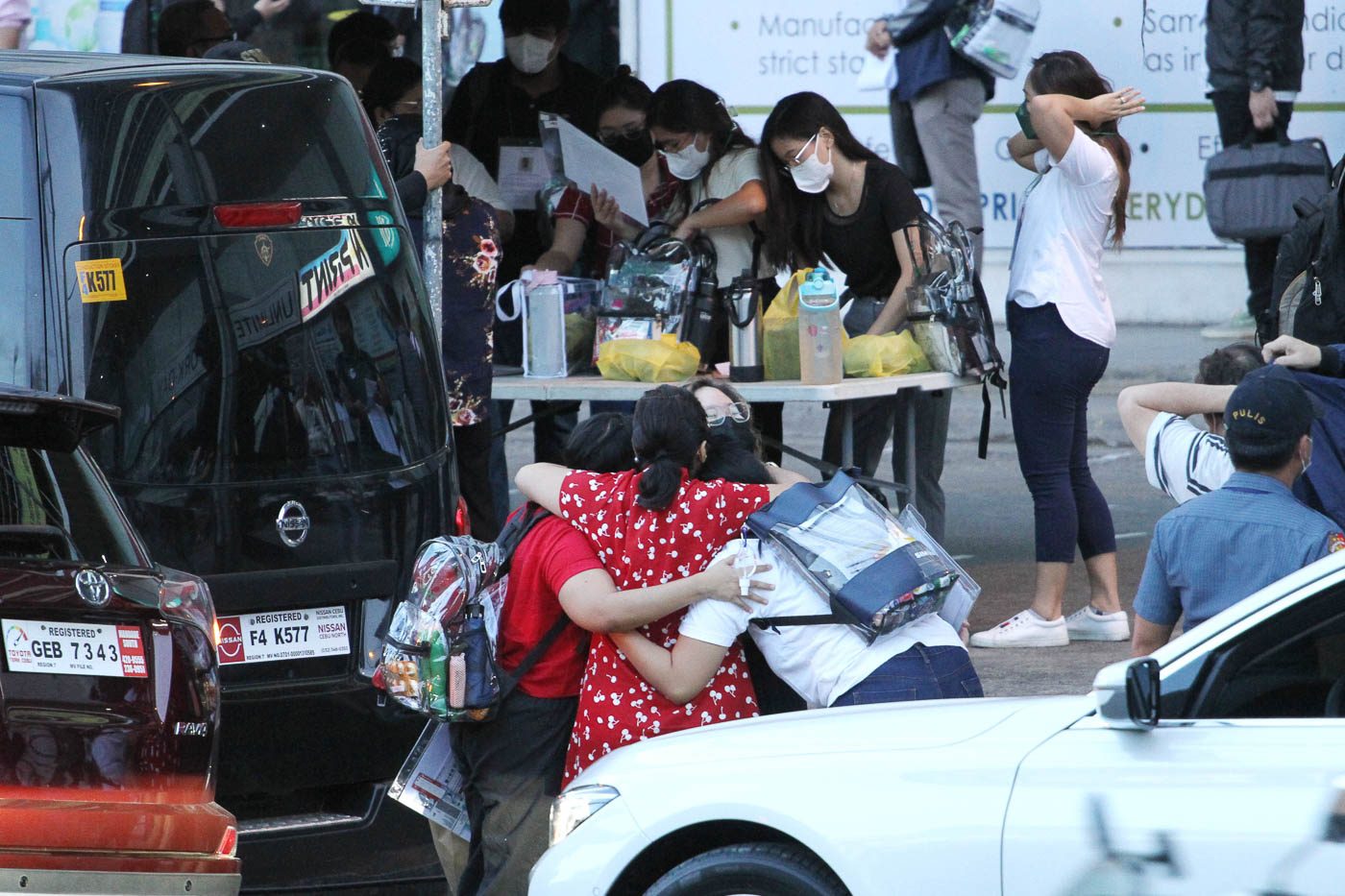 BAR 2022. Candidates line up early in the morning to take the four-day Bar Exams at the University of Cebu Banilad Campus in Cebu City on November 9, 2022.

MANILA, Philippines – Bar Examinations are the turning point for students who toiled for years in law schools. The exams determine whether students will become the lawyers that they aspire to be.

On November 9, the first day, exactly 9,209 examinees took the Bar at 14 local testing centers in the country. The examinees will have to take the rest of the tests on November 13, 16, and 20.

Of the thousands of examinees, it’s not impossible to spot aspiring lawyers with stories about how they have struggled to be where they are now, gaining a fighting chance to realize their dreams nurtured for many years. The annual Bar Exams have no shortage of touching stories that can inspire people.

No age limit for dreams

For the fourth time, Sonny Torres Dalire is trying his luck at the Bar.

At 65, Sonny believes he’s not too old to push for his aspirations. He entered law school at 55 years old because while studying, he had to continue working to survive.

“Well, of course, it is my dream to become a lawyer and I started studying law when I was 55. So I am still happy because I did not study [law] at a young age,” he said.

Sonny said his purpose in life is to become a lawyer and he plans to work as private counsel if ever he passes the Bar this time.

Before he could finally enter law school, Sonny said he was an employee in different companies. A teacher in Metro Manila, the aspiring lawyer also worked as an overseas worker in the Middle East.

He has persevered because the native of Cagayan Valley has himself experienced injustice in the hands of what was then the Philippine Constabulary (now the Philippine National Police). Sonny said he and his family were victims of abuse but because he was too poor he could not seek justice on his own.

“The main factor why I want to become a lawyer is that I have [experienced] injustices. That is why, I also want na (that), if I’ll become a lawyer, I could serve my countryman also,” Sonny told Rappler.

He is now even more resolute to attach the “attorney” title to his name. “I’m determined to pass this time.”

It’s safe to say that oftentimes, behind a successful law student is a supportive parent.

Lodje Calimpong, a retired engineer who flew all the way from Iloilo to support his daughter, is one of them. He waited patiently for hours outside the Ateneo de Manila University, a one-person cheering squad for his daughter, Jewenyl Elaiza, who took the Bar Exams on November 9.

According to Lodje, they stayed for a while in his cousin’s house in Pampanga. On November 4, days before the Bar exams, they moved to a hotel near the Ateneo testing center.

The supportive father said he gave everything to his daughter to support her dreams. They even bought a new laptop when they found out that a new software would be used for the exams.

Lodje said he prays constantly that his daughter will become a successful lawyer because just like any other parent, he wants her to have a good life. “Gusto ko lang makita siya na mabuti ang kanyang kalagayan. ‘Yon lang.” (I just want to see her in a good place. That’s all.)

To pursue law school, Jewenyl Elaiza needed to work while studying – and it was hard for her. Nevertheless, she has a supportive father, whom she is grateful for.

If she passes the Bar, Lodje’s daughter will join the Public Attorney’s Office (PAO).

“I want to be part of the PAO muna roon sa (there in) Iloilo City,” Jewenyl Elaiza told Rappler.

When asked why she wants to become part of PAO, the aspiring lawyer said: “Well, generally, ‘yong lawyers’ oath natin (our lawyer’s oath) is to bring service to the Filipino people, that’s why I will choose PAO.”

For God and for law

Unlike other aspiring lawyers, taking up law was not the choice of Isaiah Ceasar Bie.

Isaiah, a first-time Bar taker from Isabela, said he was forced to enter law school. However, as he carried on, he found his purpose: merge his desire to spread the word of God with his knowledge of the law.

(And since I am part of the church ministry and I see that everything that happens in life is not by accident, I think God has a reason why I entered law school even though my real interest is to teach about the Holy Bible.)

According to Isaiah, he is part of a Christian church ministry. He said God’s teaching that Christians should be the “salt and light” to others inspired him to spread the same faith in the legal profession.

Like salt, lawyers can preserve the good and stop societal moral decay. They can be light, too, and help illuminate the world. – Rappler.com