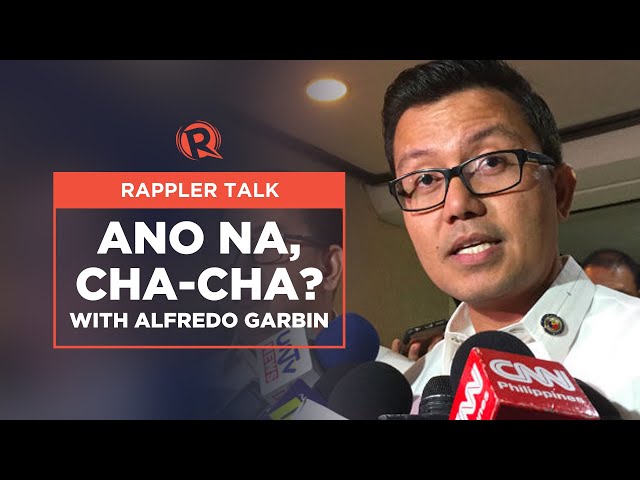 The Philippine Congress now has less than a year to make amendments to the Constitution under President Rodrigo Duterte.

From backing Duterte’s dream of shifting the country to federalism, the House of Representatives is now zeroing in on loosening restrictions against foreign ownership.

Their main argument: It will open the economy, and will help the country rise from the pandemic.

But critics have flagged the timing of the proposed amendments, suspecting term extension as a possibility ahead of the 2022 elections.

No Cha-Cha push has succeeded under Duterte mostly because when the House approves a measure, it dies at the Senate.

Is there still chance for Cha-Cha?

In this Rappler Talk interview, Rappler reporter Rambo Talabong sits down with House constitutional amendments chairman and AKO Bicol Representative Alfredo Garbin Jr to ask him about the prospects of Cha-Cha in the last stretch of Duterte’s presidency.