Rappler Talk: Scrutinizing the budget ahead of elections 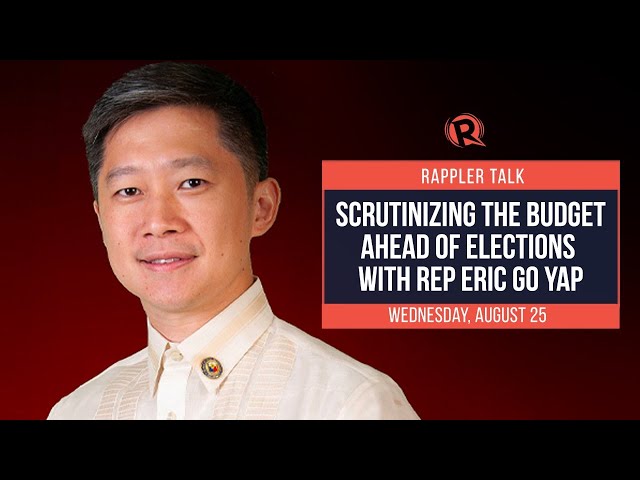 It is budget season once again.

The House is set to begin its deliberations on Thursday, August 26. The Duterte government is proposing a P5.024-trillion allotment, the biggest budget pitch in the country’s history.

The Duterte administration positioned the budget proposal as a recovery program for the Philippines, which continued to struggle in battling the coronavirus.

The budget also covers an election year, making it prone to corruption through insertions and exaggerated prices.

Scrutiny is important, but at the same time, the House aims to finish deliberations before October, when the filing of certificates of candidacy takes place in the first week.

How would the House pass the budget in time while making sure that it meticulously examined the budget proposal?

Watch the interview live on Rappler at 12:15 pm on Wednesday, August 25. – Rappler.com