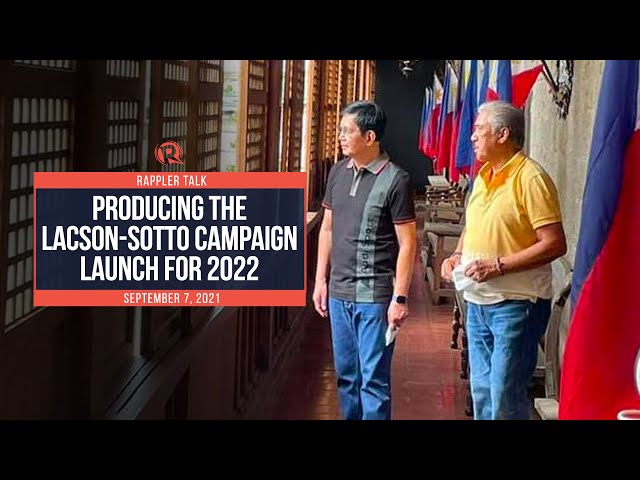 Facebook Twitter Copy URL
Copied
Senators Panfilo Lacson and Vicente Sotto III's campaign launch is pre-taped. How was it done? Watch this interview with one of the producers live on Rappler.

After a month of suspension, Senator Panfilo Lacson and Senate President Vicente Sotto III will finally launch their campaign on Wednesday, September 8.

For the first time in Philippine history, the campaign launch will be done pre-taped – which is to say the event was recorded and would just be broadcast in media outlets.

How was it done?

In this episode of Rappler Talk, congressional reporter Rambo Talabong sits down with Joseph Alcazar, a partner at Niche Play, which produced the pre-taped launch of the Lacson-Sotto campaign.

Watch the interview live on Rappler at 2 pm on Tuesday, September 7. – Rappler.com