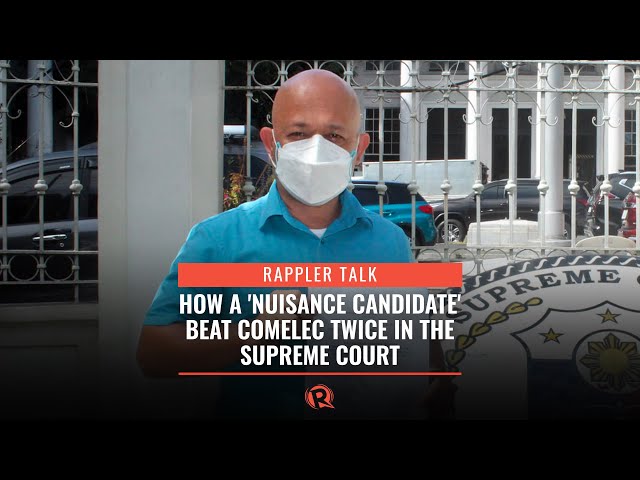 Facebook Twitter Copy URL
Copied
Rappler's elections reporter Dwight de Leon sits down with Norman Marquez to talk about how he proved the Comelec wrong in the High Court. Watch the interview on Tuesday, September 20, at 10 am.

MANILA, Philippines – He just wanted to make it to the ballot, but the Commission on Elections (Comelec) did not let him, not once, but twice.

Now, Norman Marquez has under his belt an accomplishment that not other elective aspirants declared nuisance by the Comelec can be proud of: he proved the Comelec wrong in the Supreme Court… both times.

The High Court told Comelec in separate rulings that the poll body erred when it asked Marquez to prove he was financially capable to mount a nationwide campaign, and when it barred Marquez from running on the basis of unpopularity and non-membership in a political party.

Rappler’s elections reporter Dwight de Leon sits down with Marquez, whose unsuccessful attempts to run for the Senate in 2019 and 2022 resulted in election law jurisprudence.

Bookmark and refresh this page for the interview airing on Tuesday, September 20, at 10 am. – Rappler.com