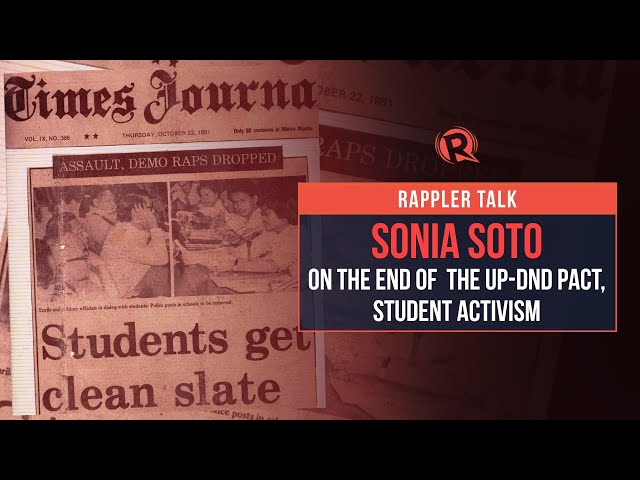 Then-UP president Jose Abueva and then-defense chief Fidel V. Ramos signed the UP-DND accord on June 30, 1989. It laid down the guidelines on military and police operations inside the university.

The agreement succeeded the 1982 Soto-Enrile accord, which was meant to protect students from police and military presence in schools meant to suppress dissent and protest actions.

On Tuesday, January 19, Rappler education reporter Bonz Magsambol talks to former student activist Sonia Soto, who signed the 1982 accord with then-defense secretary Juan Ponce Enrile, about the termination of the UP-DND agreement and its implications to student activism.