PANDEMIC AS ELECTION ISSUE. Presidential aspirant and Manila Mayor Isko Moreno says pandemic leadership should be factored in when deciding who to vote for in 2022.

MANILA, Philippines – Manila Mayor and presidential aspirant Isko Moreno questioned the effectiveness and sincerity of 2022 candidates who were missing in action during the COVID-19 pandemic that has overturned the lives of Filipinos.

In a media interview on Monday, December 13, in Manila, Moreno said he would rather vote President Rodrigo Duterte for senator than some candidates who only recently made appearances in public to promote their 2022 electoral bids. 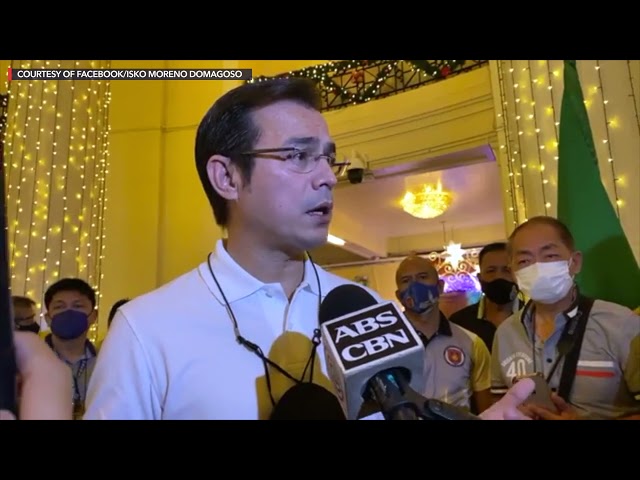 (What matters most is, who were we with during the pandemic? There are some people who are running but who were nowhere to be found in the lives of Filipinos during the one year and nine months of the pandemic.)

At the very least, said the 47-year-old local chief, Duterte could be seen in public holding late-night meetings with pandemic task force officials. Despite his “disagreements” with the controversial Chief Executive, Moreno said his contribution to pandemic efforts would still count for more than certain candidates who just stayed at home and made YouTube videos.

(Many doctors died, many nurses died. Many frontliners died. The others were just at home.)

For most of the pandemic, most Filipinos were advised to stay home for their own safety and to curb virus transmissions. But Moreno twitted specifically people who, “unlike” Duterte, only did certain things for “picture-taking” and “vlogging” purposes.

(We need people in government whom you can depend on during a pandemic. Not someone who just likes to make claims. You can’t see the effectiveness of a person just through YouTube.)

Moreno acknowledged that he himself relies heavily on YouTube or Facebook video streams to promote himself as a public official. But he said those videos show him working and are meant as a public service too.

As Manila mayor, Moreno took charge of imposing lockdowns, distributing aid, and setting up vaccination centers in his city. His actions, like those of other mayors, were thrown in the spotlight because of the concentration of cases in Metro Manila, especially in the early months of the pandemic.

Moreno has earned accolades and criticisms for his pandemic leadership. Particularly praised was his quick construction of a COVID-19 field hospital in Rizal Park which freed up hospital space for critical-care patients. But he was also criticized for a walk-in policy in vaccination centers which led to long lines and waiting times.

President Duterte himself, without naming Moreno, had criticized long queues of people, knee-deep in flood waters, in front of Manila vaccine centers. Moreno defied the presidential jab. Still, Manila has been able to fully vaccinate its entire target adult population, an achievement which has boosted vaccination rates for Metro Manila. – Rappler.com