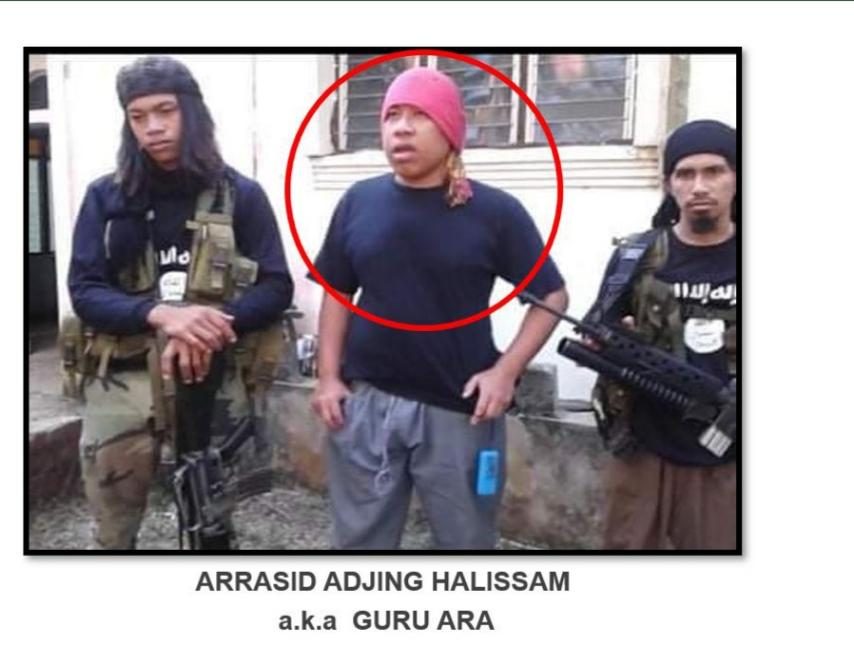 One of the known trusted men of slain Abu Sayyaf Group (ASG) leader Isnilon Hapilon was killed by cops in the wee hours of Tuesday, February 2, in Zamboanga City, when they were serving him an arrest warrant, the Philippine National Police (PNP) said.

In a statement, the PNP said police tried to arrest Arrasid Adjing Halissam, also known as Guru Ara, at around 3 am in Zamboanga City. Halissam allegedly fired at policemen as he tried to escape, forcing the law enforcers to shoot him, leading to his death.

Police said the arrest operation was executed to prevent a “retaliation plan” of the Abu Sayyaf under subleader Mundi Sawadjaan in the Zamboanga Peninsula, Basilan, Sulu, and Tawi-Tawi.

Citing its intelligence reports, the PNP said Halissam pledged allegiance to the Islamic State (ISIS) in 2014 with Hapilon. After Hapilon died, Halissam continued with the ASG under Sawadjaan.

The PNP said Halissam facilitated bombers behind the August 2020 Jolo twin bombings, and the Jolo Cathedral suicide bombing in January 2019.

According to the PNP, Halissam was also involved in the bus terminal bombing in Guiwan, Zamboanga City on January 23, 2015, which left 2 dead and at least 52 injured.

He was also named as a culprit in a handful of kidnappings and beheadings in the region, including those involving foreigners.

Police said he was monitored recruiting members into the ISIS-inspired Daulah Islamiyah in Zamboanga City before he was killed. – Rappler.com